I've spent the past week traveling through Isaan, the northeast region of Thailand, the agricultural heartland of the country. Few tourists make it up this way—Isaan is a long way from Bangkok and the tropical beaches to the west, and there's little in the way of mainstream attractions in most of the industrial cities and Mekong border towns.

But the region is a great place to experience a more traditional side of Thai culture—homestays are more common here than hotels—and the food is some of the most complex and intriguing in the whole country.

The town of Nong Khai, in the northernmost province of Isaan, is best known as a gateway to Laos, which is visible across the Mekong River and accessible via the well-traveled Thai-Lao Friendship Bridge. Despite its proximity to Laos, the food in Nong Khai is uniquely influenced by the Vietnamese community that settled in the area following the Indochina war in 1950s. The morning market downtown has a huge array of Viet-flavored prepared foods—miniature banh mis, lacy banh xeos and freshly steamed rice flour rolls—mixed in with the bounty of local produce on offer. Here's a look at some choice picks from the Nong Khai market.*

* Major thanks to my Thai guide, Tip of Trikaya Tours. Apologies for any transliteration misspellings! 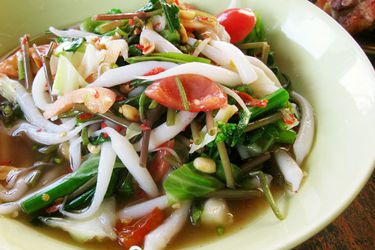 Thailand Travels: A Noodle Dish from Chiang Khan You Need to Know About 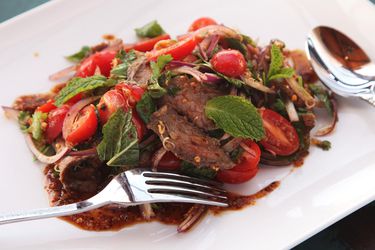 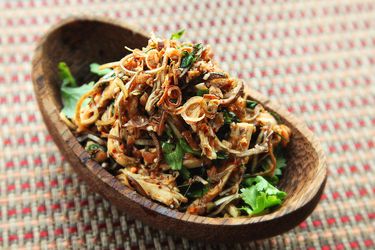 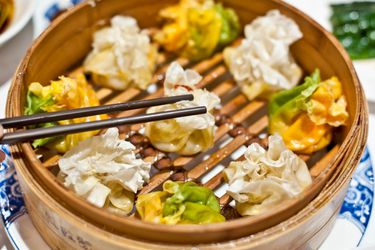