The Thai people have a saying that likens something unfairly regarded as less deserving of attention as "child(ren) of the mistress." We're not going to go into the cultural connotation of it as things will get too unnecessarily off-tangent and potentially awkward. But the reason I brought this up is because I've always felt that these shrimp cakes must feel like children of a minor wife sometimes.

After all, it seems they have lived in the shadow of their cousins, Tod Man (thot man, the better known Thai curried fish cakes on the menu of pretty much every Thai restaurant in the West. These puffy, anemic-looking-yet-flavorful shrimp cakes deserve more attention.

What you're looking at here is a modern adaptation of a fish cake recipe that is more than a century old (which happens to be very similar to the way fish and shrimp cakes were made in the household in which I grew up). This recipe from one of the first standardized cookbooks ever published in Thailand by Than Phu-ying (Lady) Plian Phasakorawong calls for no elaborate curry ingredients; only the most basic of seasoning ingredients in Thai cuisine are used: cilantro roots, garlic, and white peppercorns.

The combination of these simple ingredients are powerful. It's no surprise why you will see them as part of most Thai marinade recipes. They're also used to flavor broth among many other things. We'll explore the many different ways these ingredients are used in future installments of My Thai Cooking.

The secret to achieving the light, bouncy texture, which is one of the hallmarks of good fish/shrimp cakes, lies in the way the meat is prepared. In most cases, forcemeat—what the paste for these shrimp cakes essentially is—uses some sort of binder in the form of starch and/or egg whites. The Thai people traditionally achieve a similar result by grinding and kneading the ground meat in a mortar thereby turning it into a smooth, sticky paste. This is also the method employed in the original recipe.

To keep things simple, no starch or egg whites are used here. I, however, have taken the liberty of adding a little bit of baking powder to lighten the texture of the fried cakes. It's not a traditional ingredient, but one that, interestingly enough, is used by a couple of Bangkok-based restaurant cooks who have shared with me this trade secret used in similar applications. Also, instead of using a mortar, I achieve the desired firm, bouncy texture by giving the cold shrimp meat a few extended whirls in a food processor.

Coating the shrimp cakes with panko, Japanese-style bread crumbs, of course, is neither traditional nor required. Many restaurants in Thailand do this, though, and I thought it has given this dish a nice modernized touch. 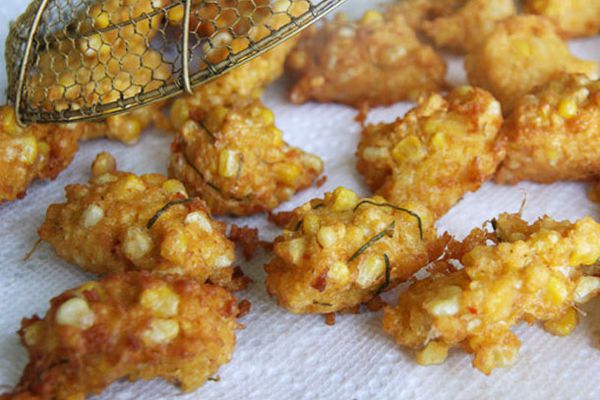 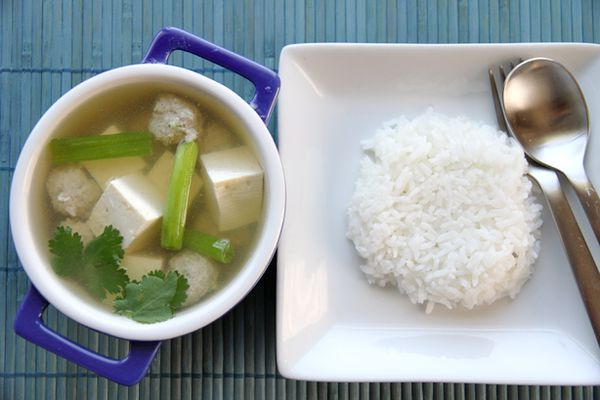