Last week, I launched my mission to get more people to cook and eat whole fish at home with a basic roasting method. I floated several theories about why a lot of home cooks continue to be intimidated by the idea, most having to do with the shopping and cooking parts of the process.

But there's another thing that I think makes people shy away from preparing whole fish: not knowing how to serve it. An un-carved cooked whole fish quickly becomes a sloppy disaster as diners stab at it with their forks, shredding the meat and turning it into an unappetizing pile of bits of fish and bones. Imagine if that was how we attacked a whole roasted chicken at the dinner table! (Actually, I'm fond of tearing apart and eating whole chicken with my bare hands, so maybe that's not a good example.)

The good news is, it's incredibly easy to do, once you know the basic steps. To prove it, I've demonstrated the whole thing here with a spoon and a butter knife. I could have done it with two spoons—that's how little special equipment you need. Do it once or twice and it will quickly become second nature. Here's how.

*Just to clarify, I'm talking about round fish here, like bass or branzino, not flatfish like flounder.

Start by pulling the dorsal (back side) and ventral (belly side) fin bones from the fish. Even if the fins were snipped off before cooking, there will usually be little bones left behind that can be scraped away once the fish is cooked.

Cut along the fillet where it meets the head and collar bone, slicing through the skin and flesh down to the bone.

Next, cut through the skin where the fillet meets the tail.

Now cut through the fillet, following the natural division that runs along the spine. You may have to guess a bit at first, since you can't see the division through the skin, but it's pretty easy to locate if you try to imagine where the spine should be. Once you find it, just follow the division until you've gone all the way from the tail to the head (or head to tail—it doesn't matter where you start).

The dorsal half of the fillet—the meatier half that runs along what might be called the fish's back—should now slide off fairly easily.

Just use your utensils to push it in one piece, bit by bit, until it's completely off the bone, and set it to the side. If you flip it over, you can check for any bones that might still be attached and remove them.

Now push the belly (ventral) half of the top fillet off the fish, and flip it over, skin side down.

Scrape away any bones and membranes from the inside of the cavity.

Remove any aromatics that you may have stuffed into the cavity.

Now grab the tail, and lift it free of the fillets below. The bone cage should come up with it, leaving the bottom fillet behind.

The head will usually come off with the spine, but if it doesn't, just remove it separately. Pro fish-eater's note: Don't just throw that head away, because it's loaded with some of the tastiest meat the fish has to offer, including in the cheeks!

Using your utensils, scrape away any membranes on the bottom fillet, and remove any bones.

Now carefully lift the bottom fillet, and transfer it, in one piece, to a clean plate.

Next, take the meatier half of the top fillet, and transfer it to the clean plate, followed by the belly half.

It looks nice if you reassemble the fillets in their original positions, though you don't have to. I almost always keep the skin on, since I think it's delicious. 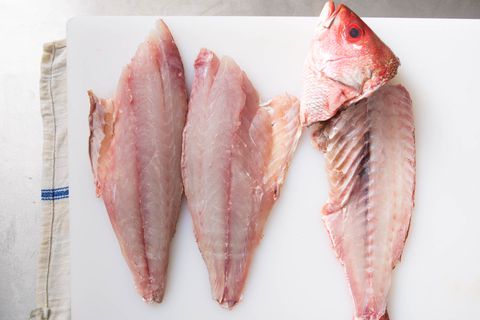 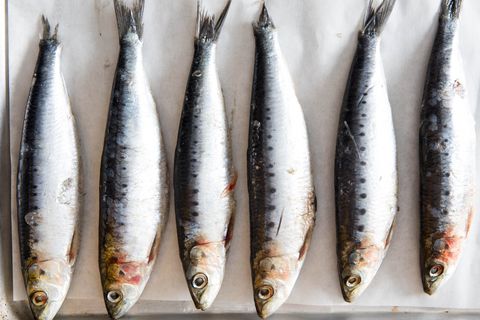 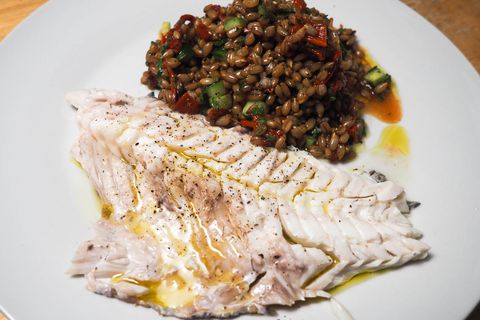 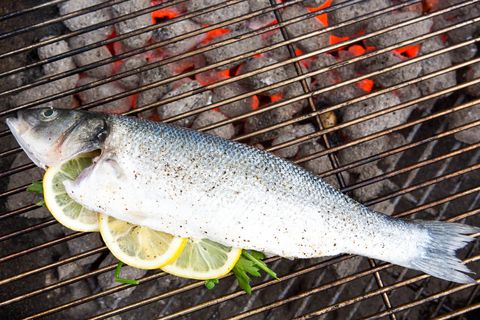 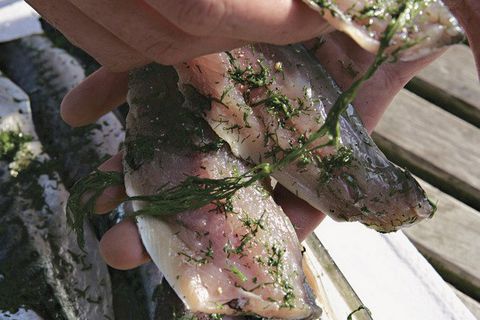 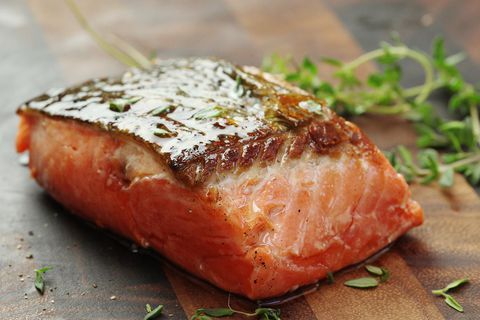 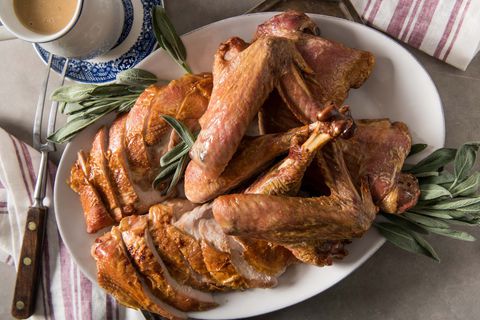 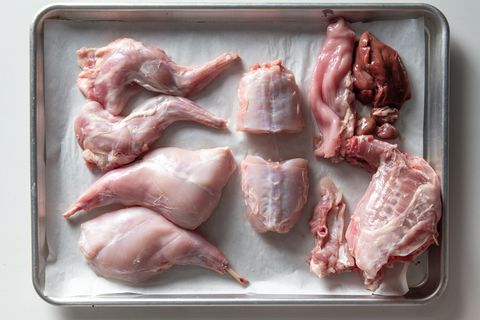 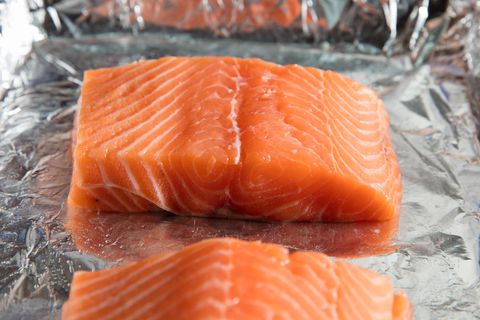 How to Prep Fish Fillets for Even Cooking 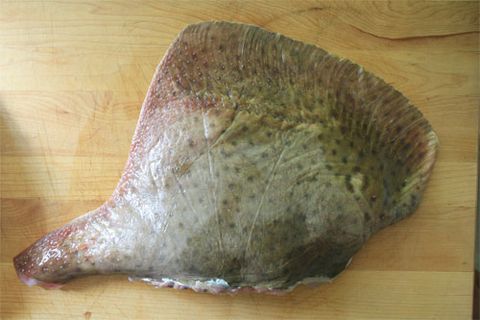 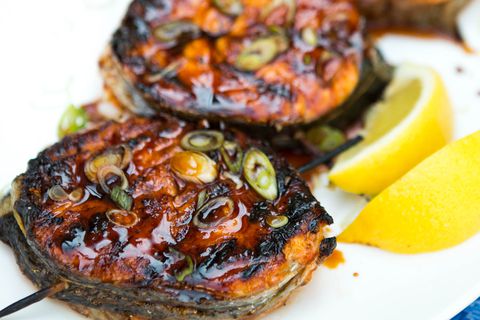 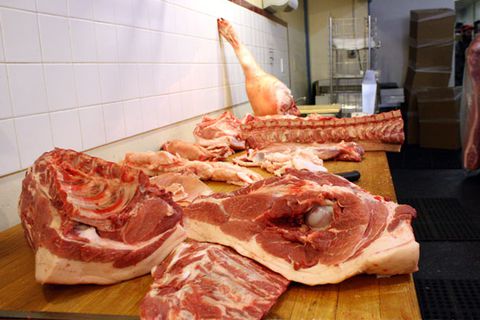 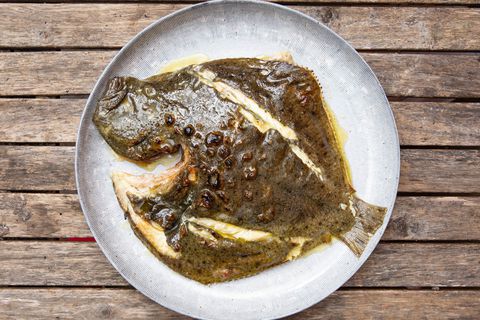 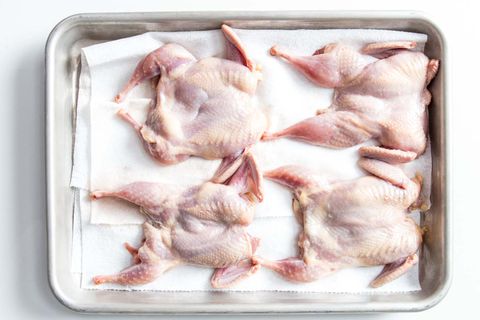