Pastrami on rye, bratwurst, and a corned beef sandwich. What do these three things have in common? Yes, meat, that's true. They're all meat. Deli items? Um, right, okay, so I admit those are probably the two things they have most in common. But I'm thinking of something else, something that completes them. Did I just hear someone say spicy brown mustard? In the back there? I'm pretty sure I heard it. Anyway, that's what I was thinking of.

And you know what? I think it's a seriously underappreciated condiment. Everyone talks about how good so-and-so's pastrami is, or how excellent the rye. But who raves about the mustard? And yet spicy brown mustard is the delicatessen keystone that keeps all those greasy wonders from collapsing under their own rich and fatty weight. Without that vinegar tang and spicy zing to make our tongues wince and sinuses burn clear and clean, it'd all be nothing more than greasy lips and heartburn. (For those of you who don't put mustard on these foods, as a guy from Brooklyn who went to elementary school with tongue sandwiches in my lunch box, I'm not even sure what to say to you.)

But not all spicy brown mustards are created equal. Which one is best? Welcome, one and all, to the Serious Eats Spicy Brown Mustard Taste Test.

For all my praise and adulation of spicy brown mustard, it's worth taking a step back and asking, what the heck is it? Clearly, as the name indicates, it's supposed to be spicy. But most mustard is spicy to some degree or another. Reading ingredient lists on bottles that claim to be spicy brown mustard doesn't shed much additional light: Most just list vague ingredients like "mustard seed," "vinegar," "spices," and "water." Again, that could describe all sorts of mustards (minus Dijon, which has white wine instead of vinegar, and beer mustards that substitute ale).

The key is in the word "brown"—but not brown as in the color of the mustard, because some spicy brown mustards are actually quite yellow. Brown refers to the type of mustard seed itself, specifically brown or Indian mustard seeds, which are spicier than yellow mustard seeds and come from a different species of mustard plant.

Spicy brown mustard is also somewhat coarsely ground, so that it has a bit of texture and a speckling with bits of ground-up mustard seed—not as much texture as whole-grain mustard, but more than a fine paste like yellow or Dijon mustard.

At the end of the day, though, if a mustard brand describes itself as "Spicy Brown," we considered it acceptable for this taste test. (We also included one mustard that called itself "brown" without the word "spicy," because it fit all of the above criteria: brown mustard seeds, vinegar, and a coarse texture.)

And so we arrived at eight brands for our taste test:

To taste the mustards blind, we served them in unlabeled containers with pieces of simmered Sabrett all-beef hot dogs on the side. Tasters were not allowed to discuss the mustards or their impressions during the tasting.

Given that spicy brown mustard is a relatively simple condiment, tasters were asked to judge each sample on three points: level of spiciness, amount of vinegary acidity, and overall preference. In general, a spicy brown mustard should have an acidity that's tart but balanced, and, of course, it should live up to its "spicy" claim—we weren't interested in anything too mild.

"The hotter the mustard, the more likely it was to get a higher score."

Our results indicated that overall preference was largely correlated with spiciness: the hotter the mustard, the more likely it was to get a higher score. The amount of perceived acidity, meanwhile, didn't show much of a relationship to the overall score. With one exception: the mustard that was ranked the most acidic also had the lowest overall score. Unlike all the others, however, that one had cider vinegar in place of white vinegar, and received comments like, "Whoa, cider vinegar!" and, "Too sour."

Some spicy brown mustards have turmeric added (as with yellow mustard) for a more yellow color, but our results didn't indicate any connection between color and score.

Based on our tasters' ratings, it's safe to say that not all spicy brown mustards are created equal. Here are our four favorites.

Sir Kensington's almost didn't make it into the tasting. When I was searching for brands online, it popped up in a Google search, but there was no mention of it on their website and none of the stores we visited had it in stock. I reached out to the company to find out what the deal was, and it turns out it's a brand-new product that, along with a Dijon mustard, will be on Whole Foods and Sur La Table shelves soon (the official announcement is May 14, according to the company). They ran a jar over to us just in time for the tasting, and it's a good thing because Sir Kensington's ended up as our top-rated mustard.

One taster deemed it a "nice balance of sweet and sour," with others noting its good heat. It has one secret ingredient none of the other mustards had: a sweetener. More specifically, maple syrup. Traditionalists may cry foul, but most of the tasters enjoyed the touch of sweetness (though a couple found it a little too sweet for their tastes). If you're looking for an absolutely classic spicy brown, this might not be the one for you, but otherwise it's a damned fine mustard.

For those who want a more truly spicy, classic brown mustard, look no further than Kosciuzko. It was roundly celebrated by the tasters for its potent, mustardy burn, and creamy texture. A few found it a little lacking in flavor, but it still scored very well.

Yellow thanks to an addition of turmeric, tasters found Koops' to be another enjoyably classic spicy brown. One said it tasted like "classic hot-dog cart flavor" with a "good kick, but not too spicy," but noted that its taste was verging on yellow mustard territory.

Trader Joe's spicy brown snuck into the top four, though its exact flavor seemed to have our tasters stumped. Guesses as to what it tasted like ranged from "smoky/paprika-like" to "lemony" to "garlicky." The ingredients don't list any of those specific flavors, but it's possible some of them are among the "spices" listed. The same taster who thought the Koops' was similar to yellow mustard said the same for this one. 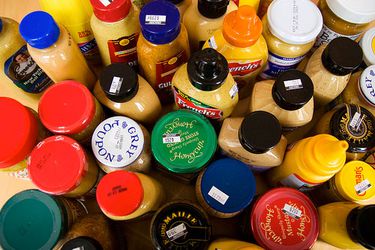 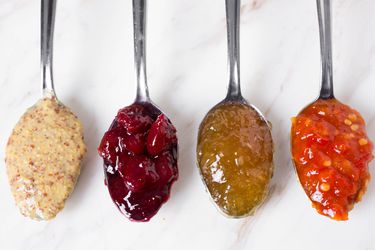 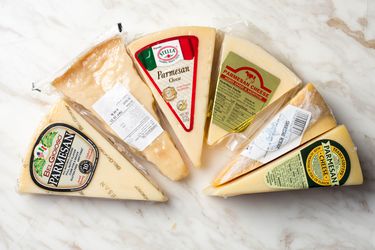