This week we gathered around the kitchen table to taste our way through a half dozen of the most widely available brands in order to determine who makes the crispiest, crunchiest, saltiest snack in town.

We kept our selection to chips that are widely available. No small boutique brands.

We were also after plain old potato chips, which means no flavors, no ruffles or ridges, and no thick-cut kettle-style chips.

The potato chips were tasted blind by a panel of 14 tasters who were asked to rate the chips on a scale from 1 to 10 in four different categories:

When we're talking traditionally thin, thin potato chips (as opposed to, say, thicker kettle-style chips), it turns out that crispness is king. Tasters overall ranking of chips was nearly exactly in line with their Crunch Factor rating.

Saltiness was also extremely important. Our winning brand was rated the saltiest by a good margin—rated nearly 35% saltier than its next closest competitor.

As for potato flavor, turns out that it's not as important as we initially thought. It makes sense, I suppose. Traditional potato chips are so darn thin that it's hard to imagine being able to pack much flavor into them, particularly when they are well saturated with oil.

What does this mean? It means that the ideal potato chip is really just a vehicle to deliver salt, grease, and crunch into us.

"This is by far my favorite," said more than one taster. The winner by a strong landslide, it's hard to tell how much of it has to do with our childhood appreciation of the classic Lay's chip—eating one instantly brings me back to picnic hikes, pool parties, and summer camp—and how much of it is true quality, but the fact remains: When people think of their platonic ideal of a potato chip, Lay's is what's in their heads whether they know it or not.

Ultra salty, ultra-crisp, and just the right thickness for downing by the bagful.

The Pennsylvania brand came in with a strong showing in second place, with a potato flavor ranking that edged out Lay's, though it wasn't quite as crisp or salty. There's a reason that Karen and Jim go on an episode-long hunt for them in NBC's The Office.

Oddly, of all the chips, Herr's were the ones with the least actual descriptive feedback from tasters other than just the generic "these are good" or "yum," along with one "I'd like these with tuna salad."

Does anyone else remember when Wise chips used to have the owl logo on them along with a joke with the answer on the inside of the bag? I swear, if they'd never gotten rid of that then Lay's might now be shaking in their boots, because Wise chips are pretty damn good as it is. The clear winner in terms of potato flavor, just a touch more salt and crispness would have given them the edge.

Some tasters mentioned that because of the thinness of the chips, they almost dissolve onto your tongue as you eat them. This is not a bad thing.

These chips were an outlier in terms of appearance and flavor. Significantly darker and toastier tasting then the other pale chips, Whole Foods 365 had decent crunch and clean flavor. Though they came in last place in terms of saltiness, they came in second place in terms of Crunch Factor—one of the only two chips to buck the Crunch is King pattern.

Utz' chips had a slightly strange texture to them. Rather than crisp and bubbly like the others, they had an oddly mealy texture, almost like a Pringle. Could it be the type of potato? The method of slicing the chips? The way they were fried? The world may never know. But we do know that even with their strange texture, they're still plenty snackable.

Indeed, we probably wouldn't turn down any of the ones we tasted in the taste test except for...

A clear loser, trader Joe's had some crunch going for it, but the overall flavor was described as everything ranging from "somewhat cardboard," (by four different tasters!) to "like stale potatoes," or "this is kinda weird. Is it potato?" to simply "blech." It's the only brand we wouldn't recommend buying. 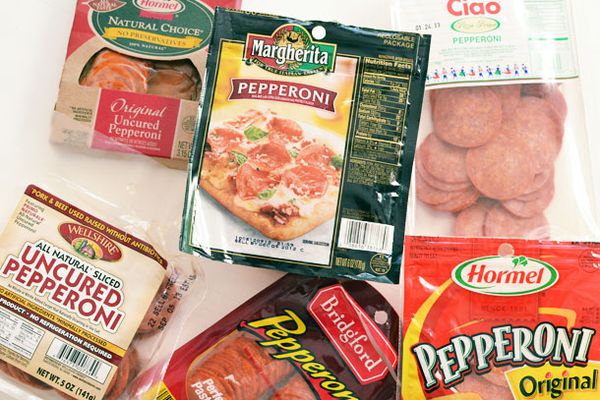 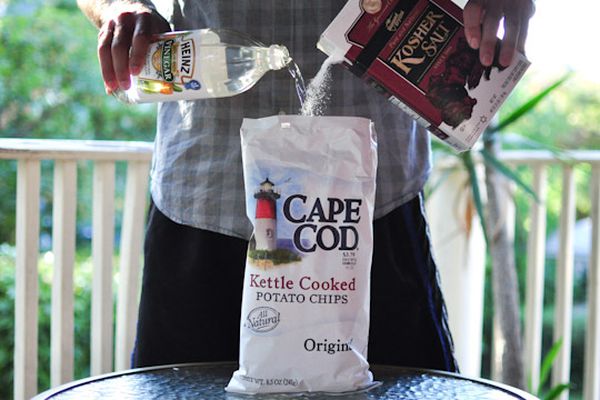