Anyone who drinks a lot of grape soda knows by now that most of the stuff tastes about as much like actual grapes as Coors Light tastes like actual beer.

The combination of artificial grape flavoring and sodium benzoate is such a common base for grape sodas—and has been for years—that most manufacturers don't bother deviating from the popular, time-tested tradition. Some brands are undertaking the daring task of pushing their elixirs closer to its namesake fruit, but the majority of grape sodas don't stray too far from the melted, carbonated popsicle mark.

Our crack soda team tasted 9 brands of grape soda and ranked all of them. We were tempted to name this tasting The Grapes of Wrath considering how our stomachs felt afterward, but then again, most people aren't crazy enough to down this many sodas in one evening, are they? Oh, the grenades we throw ourselves on here at Serious Eats...

The grape sodas were pretty similar across the board, with a couple notable exceptions: Both the Flathead Lake and Red Ribbon sodas reminded us of honest-to-goodness grape juice with a tartness that just wasn't found in the other brands. That said, the big winner, Boylan, tasted nothing like real grapes. Instead, it managed to get everything else right, a near-perfect balance between sweetness, fizziness, and (artificial) grape flavor.

It's worth pointing out that most of these sodas had a relatively low carbonation level. Some tasters found that off-putting, reminding them perhaps a little too much of the "melted popsicle" analogy. Others liked that it nudged the sodas just a little closer to grape juice.

The lowest scores went to the sodas where the balance of grape-to-sugar tilted too heavily toward the sweetness end of the seesaw. None were necessarily awful, but next to the sodas that nailed the formula, the differences were apparent. Note the sharp drop-off in scores after the top two.

Boasting a deep purple color and strong, fruity scent, many tasters likened the Boylan soda to the grape Otter Pops they ate as children. We picked up on overtones of red wine that cut the sweetness on the palate just enough without eliminating it entirely. Another strong point: a crisp, pleasant aftertaste.

Neither the sweetest nor the driest of the sodas we tried, Boylan struck all the right chords with the majority of our tasters. This was the most balanced grape soda we could find.

This is the beverage most people seem to identify with when they think of grape soda—its ubiquity on convenience store shelves means its flavor is familiar to many.

Despite some criticisms—"a little syrupy" and "candy-ish, like Nerds candy"—just about everyone at the tasting rated this one with a 7/10 or above. It's definitely sweet, but it had the highest carbonation of any soda in the test, which cut the sugar enough to make it drinkable.

As the legend goes, a steamship captain spotted a Nessie-like monster in the depths of northwest Montana's Flathead Lake in 1889. While no physical evidence has ever surfaced, the Flathead Lake Monster's Wild White Grape soda was the most "real-tasting" of the sodas sampled in this survey. Amazing, given that no wild white grape juice is listed as an ingredient!

Those on the "love it" side of the table enjoyed the slightly sour scent the soda gave off, and the combination of bitter and sweet flavors, like a sparkling grape juice. The haters called it "watery" and "light on flavor." Both agreed that this was a mild drink lacking a strong grape taste, but since the sugar levels were kept low, the balance was not severely affected.

Faygo, Faygo, Faygo. Always doing well whenever it manages to make an appearance in these taste tests. While it earned the #4 position this time around, the scores reflect a split reception from the crowd.

Some praised it for its intense sweetness, while other docked points for the very same reason. Nearly everyone picked up on the candy notes, as it both smelled and tasted like grape SweeTarts. Whether that was a positive or a negative varied from taster to taster.

As the second soda to aim closer to grape juice than "grape drink," Red Ribbon was yet another polarizing selection. The deep maroon color, so different from the competitions' Crayola Violet, was reminiscent of a tall glass of Welch's, but no actual grape juice is listed on the bottle (though perhaps it falls into "natural flavoring"?).

By far the most tart of the grape sodas we sampled, we picked up on notes of citrus beneath the sugar, though some found it too sour. Good for those who don't like getting smacked over the head with sweetness.

Stewart's boasts artwork of a grape Twin Pop right on the bottle, so it's abundantly clear what flavor it's targeting.

While it's easily sweet enough for any frozen treat, most of us thought it was closer to cotton candy than anything else. It wasn't terribly popular with the tasting group, though we did like how fizzy it felt on our tongues, especially after so many tame sodas preceding it.

This soda was probably the oldest one in the test, with its origins dating back to 1921. Unfortunately, time has not been kind to the NuGrape brand, though whether that's because it's been sitting on its laurels or that other soda bottlers have experimented with better tasting recipes, who can say?

We found this soda tangy and artificial, leaving a bitter aftertaste after just a sip or two. At least it's well-carbonated.

While Crush and Sunkist both have a foothold on American mini-marts, Crush's soda just can't compete. The problem here is that the sugar (or rather, the high-fructose corn syrup) massively overpowers the grape flavoring, leaving you with the sensation of having drunk something very sweet, though not necessarily grape soda. While one tester thought it tasted too much like children's medicine, most just dismissed the Crush soda with a shrug and a "nothing special" remark.

The tasters' negative reaction to Fitz's grape soda was unanimous. With quickly fading carbonation, a medicinal scent, and a vaguely bitter aftertaste, Fitz's won no love from this group.

It's possible we got a bad bottle—this brand is quite popular in the St. Louis area. Fitz's fans: what are we missing?

So there you have it, the grape soda roundup. Our #1 pick, Boylan, isn't as hard to find as some of the lower-scoring sodas, but if your local market doesn't stock it, you can always order it online. 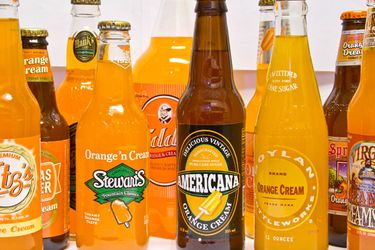 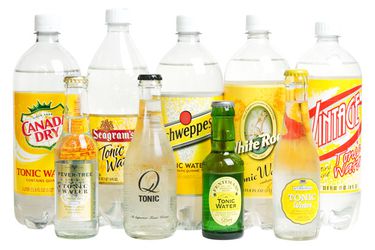