Some vegetables are simply better frozen. And by some, I mean peas, and maybe corn, depending on what you're doing with it (and how fresh you can get the fresh stuff when it's in season).

Other vegetables fall under the category of not necessarily better when frozen, but still-good-enough-to-use-if-it-means-saving-time-and-effort. Lazy man's frozen vegetables, if you will. Pearl onions seem to fall under this latter category. I've never heard anyone insist that frozen ones are better, but I've certainly heard folks recommend them in a pinch.

So the question: are frozen onions an acceptable substitute (or even a better option) for fresh?

There's one thing for certain: frozen pearl onions fresh out of the bag are not particularly attractive. Because they've lost some structure, they look wrinkled and somewhat deflated, like a costume that's a few sizes too large. Whenever I see them I'm reminded of this Calvin and Hobbes strip:

But there's no denying their convenience. They come peeled and ready to cook.

Fresh onions, on the other hand, need to be peeled before using—a somewhat laborious process that involves trimming, blanching, and peeling.

Personally, I find it therapeutic, but it's not for everyone. Can we skip the process?

Here are the results of the taste test.

Glazing is about the simplest thing you can do to a vegetable. Simmered in nothing but water with a touch of salt and sugar and glazed with butter, there's no real room to hide here. Limited by the boiling temperature of water, glazing is a relatively low-heat process, so the onions do not brown or gain any extra natural sweetness.

Tasters were nearly perfectly split on the results here, with the slight advantage going towards the fresh onions. One of the major issues with the frozen onions was textural: many of them were not peeled sufficiently, leading to papery skins. Of the folks who preferred the frozen onions, most cited their more oniony, slightly sweeter, and more pungent flavor as the reason.

This makes sense. Onion flavor is produced when precursor chemicals (called lachrymators, because they make you cry!) inside onion cells are released and interact with each other, forming the familiar pungent onion aroma. When onions are frozen, their cell structure is destroyed by ice crystal formation. This not only softens the onions, but also releases those precursor chemicals, making it much easier for onion-y compounds to corm after they defrost again.

By contrast, the fresh onions had a much milder flavor that a few tasters described as "grassy." Those who liked them praised them for their tender texture, more natural flavor, and "nice, lingering aftertaste," while those who didn't found them to be a little mealy.

Most tasters found both batches to be completely acceptable (though Niki one said she would make excuses if serving the frozen to guests).

Unfortunately, due to an oven malfunction and a complete dearth of fresh pearl onions in the vicinity of our office, this taste test was conducted at my home, with only myself tasting, so the results should be taken with a grain of salt.

For point of reference, I generally use fresh pearl onions, but have no qualms with using frozen when I'm in a rush or feeling particularly lazy.

Both batches of onions were slow-cooked in butter in identical cast iron skillets until deep golden brown and tender, a process that takes about an hour and a half.

In terms of flavor, the fresh edged out the frozen again, acquiring more of the characteristic sweetness of a well-caramelized onion. If I were incorporating them with another vegetable into a side dish, either one would do, but on their own, the fresh take it.

Long story short? if simple simmering or glazing is what you're planning, then frozen onions could do you well, provided you like a stronger onion flavor. If a heartier texture that stands up better to cooking is what you need, or you prefer the milder, grassier flavor of fresh onions then stick with the fresh. 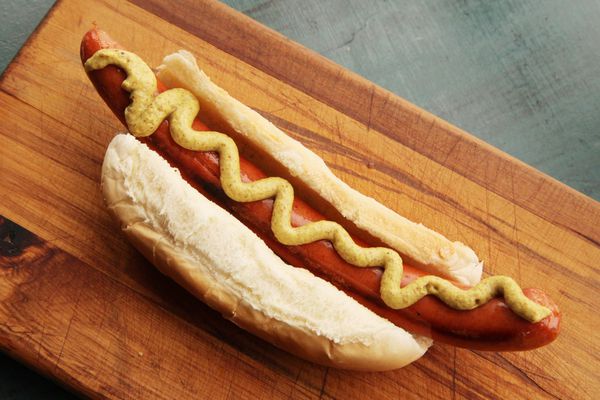 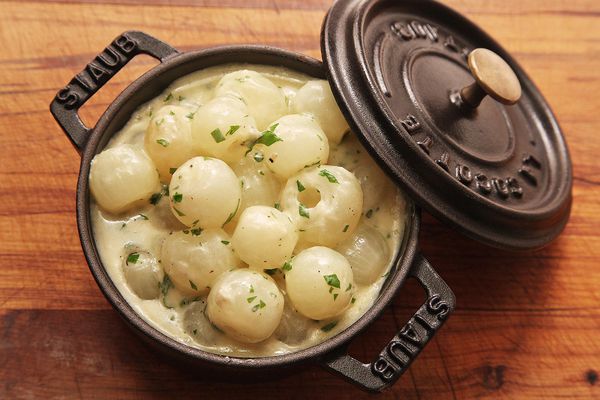