A green chili made of roasted poblanos, tomatillos, and cilantro provides a bright and fruity base for the rich pork carnitas in these light and tender tamales.

If you don't have shredded pork available, you can simmer 2 pounds of cubed boneless pork shoulder in the green chile sauce, covered, until fork tender and then shred. Additional chicken stock may be required to thin out the sauce if it thickens too much during cooking. 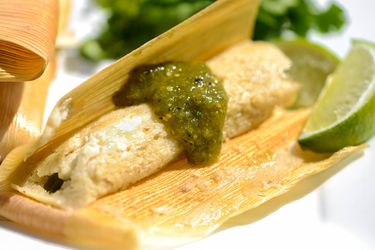 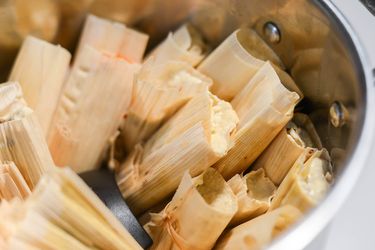 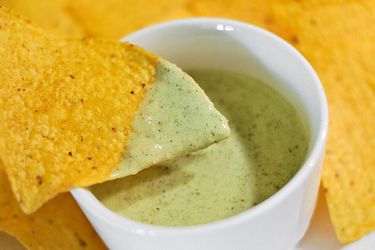