Tabitha Blankenbiller lives outside of Portland, Oregon, with her husband, two cats, and her prized oven, Doubles. Her essays have appeared in Tin House, The Rumpus, Electric Lit, Catapult, Bustle, Culture Cheese Magazine, and a number of other publications. Her debut book, EATS OF EDEN: A FOODOIR, is currently available from Alternating Current Press. She is an evangelist for Kewpie mayonnaise. 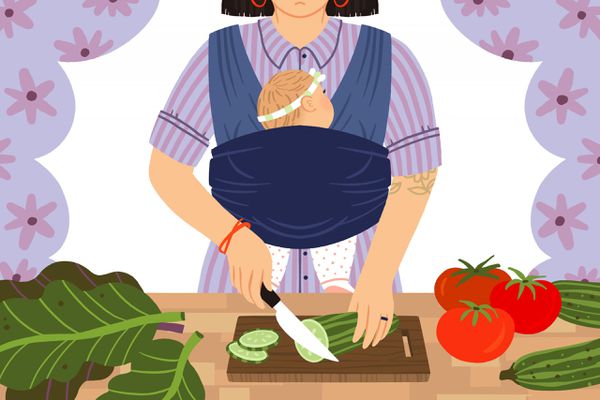 How My Relationship to Cooking Changed After Having a Baby