In my family, stuffing (or dressing, if you must) is the undisputed star of the Thanksgiving table. We want it fluffy and custardy on the inside, crisp and browned on the outside, and in a great enough volume that we'll have leftovers for days. In other words, we take the components pretty seriously, and it all starts with choosing the right bread and treating it just right.

Most recipes will tell you that your very first step is setting your loaf out on a counter for a few days and letting it get nice and stale. But you know what? Screw most recipes. Not only will staling occur more readily at refrigerator temperatures, staling is an annoyingly, unnecessarily time-consuming way to make bread dry.

The Difference Between Drying and Staling

Drying bread is a matter of extracting moisture through evaporation—the crumb's structure remains intact, but it becomes stiffer and crisper thanks to all that moisture loss. Staling, on the other hand, encourages the migration of moisture from swollen starch granules into airy pockets within the bread. Those starch molecules then recrystallize, yielding a texture that's tough rather than cracker-y. Worse, that moisture often stays trapped inside the bread's structure, for a loaf that's moist and stale at the same time. The result? Leathery, chewy bread.

When it comes to stuffing, though, we want dry bread—bread that will absorb the maximum amount of flavorful stock and seasonings. The good news is, drying is a whole lot faster and easier than staling.

Dry Bread in the Oven

This Thanksgiving, skip the waiting and planning that staling demands, and pop open your oven instead. We start by cubing our bread—for traditional recipes, we favor a simple white sandwich-style loaf—then toast it in the oven at a low 275°F for about 45 minutes, tossing it every now and then to help it dry evenly. This technique allows the full loaves (about two and a half pounds of bread) to absorb a whopping four cups of rich and savory chicken or turkey broth. I don't know about you, but more flavor, less time, and barely any work? Sounds like my kind of Thanksgiving stuffing. Better yet, once it's dry, you don't have to worry about it turning the wrong kind of stale—just let it cool and then store it in a zipper-lock or paper bag. It'll do just fine at room temperature for several days if you want to get the drying step out of the way ahead of time.

Put the method to the test in our Classic Sage and Sausage Stuffing; this Prune and Apple Stuffing With Chestnuts; our Oyster Stuffing With Sausage, Fennel, and Tarragon; a super-satisfying vegan stuffing; or any of your go-to stuffing recipes this holiday season. 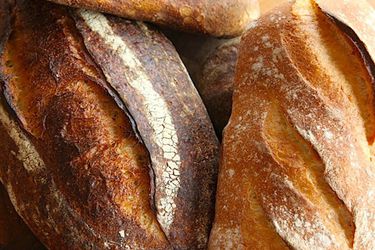 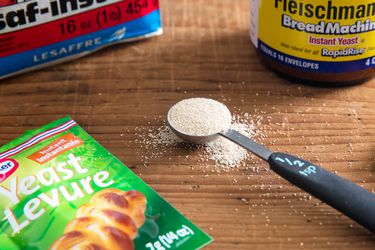