One of the best things about working for Serious Eats is the chance to chat with other bakers on Twitter; folks who have the time and curiosity to tinker with my recipes and share their results. Sometimes these interactions illustrate the risks of cavalier substitution, but just as often they prove how imaginatively recipes can adapt and grow once they're released into the wild.

Take my fresh lemon syrup, for example. In the original recipe, I use sugar and a little patience to extract residual lemon juice and essential oils from lemon carcasses (the empty husk leftover from juicing a lemon, with or without zest) to make a no-cook syrup without any added water. This keeps the lemon's flavor bright, clean, and concentrated. It works just as well with limes, oranges, and grapefruit, but as one fruit-loving reader pointed out, the same technique can also be applied to mango pits.

It seems obvious in retrospect: mango pits (and peels, for that matter) are a "waste" product loaded with moisture, but I'd never considered handling them the same way as I do citrus fruits. So when mango season rolled around, that idea shot to the top of my to-do list. My first attempt with mango pits was a fantastic proof of concept, producing a syrup so thick and mellow it bordered on creamy. Round two saw it much improved thanks to the inclusion of mango skins and their piney aroma. Subsequent rounds were all about playing with the inclusion of leftover citrus rinds in varying amounts to help cut through the mango's natural sweetness.

Ultimately, I found that for every pound of assorted mango pits and peels, I needed a quartered lemon or lime carcass along with a half-pound of sugar. I like plain white sugar to create a more neutral syrup, but palm sugar would be a natural choice for those inclined to bring some smoky complexity to the mix. With those ingredients all sussed out, the method is simple.

Combine the mango pits, peels, and lemon rind, and toss them with sugar, letting the mixture stand at room temperature until the sugar has completely dissolved. If you bother to toss and stir the mixture from time to time, it can take just four hours; for a more passive extraction (and my preferred method, out of sheer laziness), you can just cover the bowl and leave it out overnight.

When the sugar disappears into a syrupy sauce, transfer the mango- and citrus-waste to a non-reactive sieve and let the syrup drain into a bowl. Press and smash the mixture with a spatula to release any syrup trapped in the peels and rinds. The recipe should yield about a cup of syrup, although the specifics will vary depending on the juiciness of the fruit itself and how thoroughly it's drained in the end.

Due to its lower acidity, this syrup won't keep as long as its lemon-centric counterpart, but in a glass bottle or jar, it'll still hold up nicely for a week or two in the fridge (avoid plastic containers, which may harbor funky odors the syrup can draw out over time). If you need it to last a little longer, just pop it in a freezer-safe container and freeze it instead.

Mango syrup can be used in all the same recipes on Serious Eats that call for my lemon or lime syrup—as a sweetener for chantilly and candied pistachios, or as a tropical twist on my lemon poppyseed dressing. It's also a breath of fresh air poured over waffles and French toast.

Truth be told, I love it best as a simple soda. Just pour an ounce of the mango syrup into a tall glass of ice, then top it off with club soda to taste.

What starts out as a beautifully layered drink will turn into an opaque mango soda by the time you stir in a shot of gin it up with a straw.

As with my lemon syrup, the "recipe" serves mostly as a guideline and can be easily scaled up or down according to how many mango scraps you have on hand. Or, if you're the sort of person who only snacks on a mango from time to time, stash the pit and peel in the freezer until you build up a large enough stockpile to justify a batch of syrup.

It's a fun and thrifty way to get the most out of mangoes while they're in season, and a great change of pace from traditional simple syrup in cocktails and iced tea. If you're inclined to spice things up, toss in a handful of cilantro or some pieces of sliced ginger to add yet another layer of flavor—and please, if you happen upon a great new combination, please share with the class. 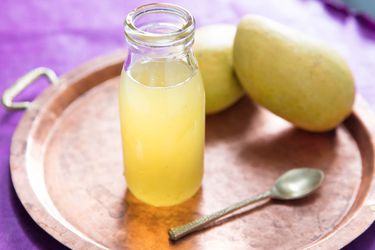 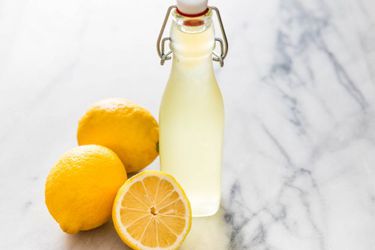 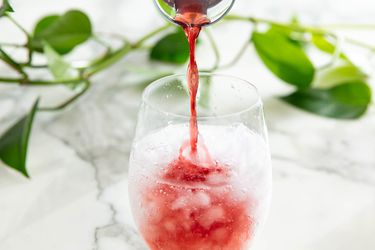 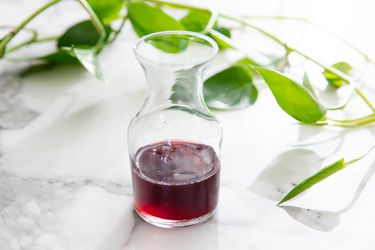 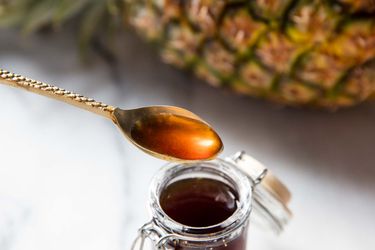 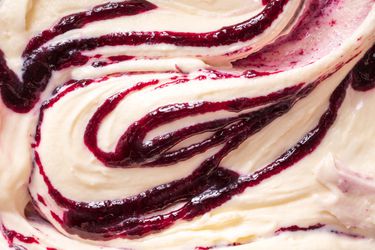 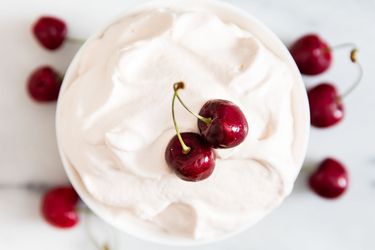 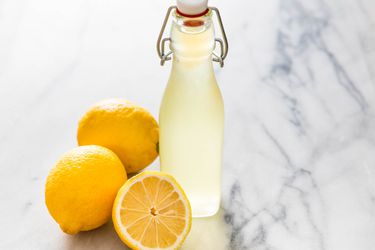