Chris Lehault is a hard cider enthusiast and Certified Cicerone, and works with branding and design for companies from beer to breweries.

This colonial-era cocktail is best known for being the drink of choice for Vermont's Ethan Allen and the Green Mountain Boys. The night before their assault on the British-controlled Fort Ticonderoga, the boys drank a potent mixture of rum and hard cider to muster up their courage for the impending attack.

By the 1800s, rye had replaced rum in the Stone Fence and since then, it seems like every possible amber spirit has been used. But rum's spice and oak character partner perfectly with cider's tart fruitiness. For another spin on the Stone Fence, check out Paul Clarke's recipe. 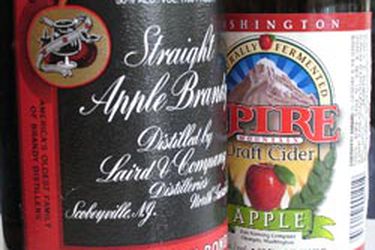