One of the benefits of jumping from life as a pastry chef to that of a recipe developer is noticing the massive blind spots among home cooks in the kitchen regarding things I think of as common knowledge—especially when it comes to best practices for the tools of the trade. For example, knowing when to adjust the bowl height of a stand mixer (also known as the beater-to-bowl clearance).

It's a routine adjustment that all bakers should make from time to time. With extended use, the shake and rattle generated by creaming, kneading, and whipping can slowly shift the bowl away from the hub, creating a pesky gap that prevents the attachments from fully reaching into the bowl to manipulate batters, doughs, and creams as they should.

This can manifest as a dense layer of butter and sugar that always seems to lurk at the bottom of the bowl, a thick coating of syrup leftover after making marshmallows or nougat, a dough that takes eons to knead, or cream that never seems to whip.

In the photo below, you see on the left half a cup of cream in a six-quart stand mixer bowl that's shifted out of place, preventing the whisk from reaching as deeply as it should (you can see that four tines are un-submerged). On the right is that same whisk and bowl, this time adjusted to submerge the whisk deeper into the same amount of cream.

If you've ever noticed desserts don't seem to knead/whip/cream as fast as a recipe suggests, it's well worth checking to make sure the bowl height is properly adjusted. Fortunately, on a KitchenAid Pro-6, this setting couldn't be easier to adjust—just rotate the screw on the front of the machine counterclockwise to raise the bowl. (While KitchenAid recommends a 1/16th of an inch gap between the attachment and the bottom of the bowl, other mixer brands may have different recommendations, so you should consult your mixer's manual.)

This can make a big difference in how recipes behave, even though it can seem like a subtle adjustment on the machine itself.

Of course, differences in dough and batter temperature, as well as bowl shape and horsepower, can all affect how long it takes a stand mixer to do its job—there's no lack of variables to monitor, so bowl height is just one of several that you should check.

A casual baker may go for months, if not years, without ever needing to make this adjustment, but the more a stand mixer is used, the more likely it will have shifted out of place over time, so be sure to check on yours periodically—all the more so if you ever notice any sort of buildup along the bottom of the bowl when mixing. 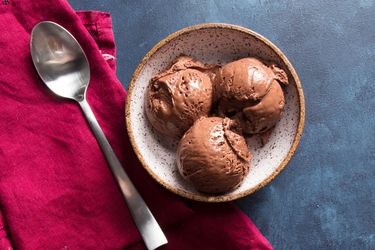 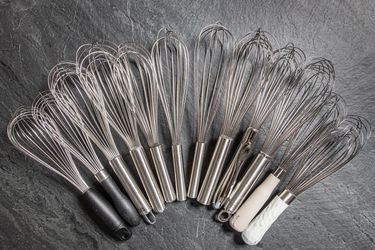 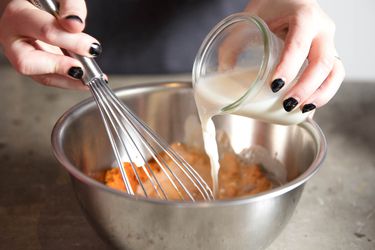 How to Pick the Best Mixing Bowl