Stuffing is the uncontested winner of the Thanksgiving table. It's more a ritual than a food, consumed once, maybe twice a year, adored and argued over and devoured with relish. And it's pretty much perfect as-is (and by "perfect," I mean whatever your favorite version is, of course).

But as much as I love classic stuffing (which in my case is half-cornbread, half baguette, loaded with sage, parsley, rosemary, and butter, and free of eggs thank you very much), I couldn't resist messing with the formula. Because every year we see articles on "how to spice up your stuffing" and every year they amount to adding pecans or cranberries or something not that spiced up at all. If you've ever wondered if there's more to stuffing beyond the family recipe, here's how you really spice up your Thanksgiving meal.

Stuffing: Culture in a Baking Dish

Stuffing is really a synthesis of holiday culture. Buttery excess, herbs that reek of fall and roasted things, warm, sweet-and-savory flavors, and the soulful richness of properly made stock—all of them scream holidays. Then there are festive elements: oysters, gizzards, or chestnuts, and the like, special occasion foods studding a bready mass of comfort. We love stuffing not just because it tastes great, but because it tastes like the very culture of the holiday season.

The trick to rethinking stuffing, then, is to keep this sense of holiday-ness while changing the ingredients to embody another culture's celebratory meal. And to not get too fancy about it; this is stuffing, after all, not haute gastronomy, and its humility is part of the appeal.

Begin with a single point of departure, something to inspire and pave the way for innovation. I went with saffron, which is luxe and celebratory, bright and soulful, but really best with humble ingredients like bread, onions, and poultry stock.

Once you have a starting point, consider stuffing-friendly elements that pair well with it. I chose paella as my template, where saffron is paired with smoked paprika and rosemary. Then add one or two main ingredients to compliment them; in this case, nuggets of chorizo and green olives. The result is a stuffing with bright, bold flavors that also retains its homey charms.

Not with me? Think about it. Paella is as communal and celebratory as food gets. It's humble in construction but rich with treasures. It smacks of holiday—just not America's. But enough elements remain the same: ample butter, warm, spiced bread, familiar herbs and the right balance of sweet and meaty flavors. If you think of stuffing as a canvas for culture, the sky's the limit.

Once you get the general idea, you may want to consider:

And plenty more along these lines. At the core of all these concepts is a blend of spices that evoke a sense of place, matched with ingredients that bring those places to life. They're all comfort food to someone, so why not us? And if Aunt Irma's going to fuss, just make two versions: one traditional, one new. You'll want the leftovers anyway. 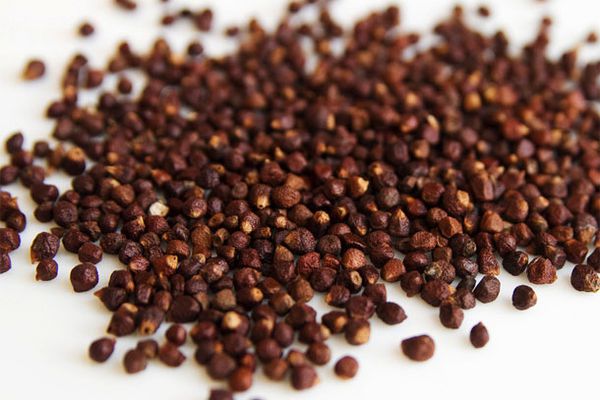