At a price of $2,000 to $10,000 a pound, saffron is far and away the most expensive food on earth, way more than truffles, caviar, and real balsamic vinegar. Its history is epic; its flavor is revered. International organizations employ lab equipment to fuss over grading crops for flavor, color, and richness. And its longstanding coveted status has borne a tradition of adulteration, embargo, and conspicuous consumption that can only be characterized as grotesque. So what's the deal with this stuff? Is it worth all the fuss? And what, at the end of the day, can you really do with it?

First, an explanation of its price. Saffron threads are the stamens of the crocus, a high-maintenance flower whose climatory pickiness is matched only by its fickle yields. Each flower, which blooms for one week of the year, produces about three stamens which must be picked by hand (with the greatest delicacy, of course) and dried (delicately again!). 150 flowers and substantial labor are needed to produce a single gram of saffron; it's only as affordable as it is because harvesters aren't paid much at all. There are less expensive varieties available, but real saffron has a high base rate of expense that its price just can't sink below.

"its flavor and distinct aroma elevate its surrounding flavors into something ethereal."

When purchased in small quantities from reliable sources, saffron is definitely worth it. Beyond its luxe cachée is a flavor difficult to describe but profoundly delicious. It plays well with an impressive range of ingredients, and even when it doesn't dominate a dish, its flavor and distinct aroma elevate its surrounding flavors into something ethereal. The key is learning how to source it so you don't break the bank or get ripped off.

How to Source Saffron

First things first, beware of bunk saffron. Saffron will always be expensive; if you see a packet of a couple ounces for a few dollars, just put it back. The image on the right is what real saffron looks like. The threads are fine and even in size, with a thin yellow tendril on one end and a trumpet-like flute on the other. Compare that to some fraudulent saffron on the left: coarse, irregular threads, tiny shreds of something almost bark-like. The yellow bits aren't even connected to the red threads, a sure sign of fraud. The fake stuff often smells like bark with some chemical additives thrown in (basically what it is); real saffron will tickle your nose even through a layer of plastic.

Your major purchasing decision will be country of origin. When I can find Iranian saffron, that's my top choice. The color is a deeper red and spice's telltale musk (a fantastic corrective to its sweet perfume) is more pronounced. But these saffrons are difficult to find for reasons of embargo, difficulty in cultivation, and local bans on export for the international market. The next step down (though only the nitpickiest would call it a downgrade) is Spanish saffron, which is high quality, relatively available, and strictly regulated.

Spanish saffron is divided into grades. Names to look for are coupe, superior, La Mancha, or Rio. Coupe is the top of the line: it has the least flavorless yellow stem and the highest amount of crocin, one of the key essential oils in saffron. If you can't find coupe grade (or don't want to shell out the money for it), those other grades are more affordable and still high quality. Pick your grade by the saffron's final destination. If you're using it as a m&eacutelange of spices to glow in the background, a lower grade will do you fine. But for dishes where it's the star, such as risotto Milanese, go for the best you can get (though those lower grades will still taste great).

Never buy ground saffron. Far too often it's cut with turmeric, paprika, and the aforementioned bark. Even if it's from a spice merchant you trust, saffron powder loses its flavor faster than whole threads. If you have the option to buy a small sample of saffron threads, drop them in some warm water in a small bowl. In a minute or two the water should be a bright, clean yellow, and the threads should retain their shape. If the water is murky or the threads fray, it's a sign of adulteration.

After taking pains to get some saffron, what can you do with it? The most classic use is rice dishes: risottos, pilafs, and paellas. A small pinch adds brilliant color, aroma, and flavor against bland grains. Desserts are another go-to, and saffron can tread anywhere vanilla does, such as custards and cookies. (The flavor profiles of the two are similar: sweet, heady, and musky.) Saffron takes best to light meat and vegetables, such as poultry, cauliflower, and onions. Combine those in a quick braise with saffron, cinnamon, cumin, and almonds and you have a North African-esque dish that tastes like it took way more time than it did.

For general cooking, it's best to add saffron early on in cooking so its flavor can infuse into the other ingredients. If there's water already in the pan, just crumble in the threads. Otherwise soak them in a tablespoon of water for ten minutes before adding to the pan.

If you want saffron's delicate flavor to really come to the fore, keep the other flavors and seasonings to a minimum. But I most enjoy saffron as a supporting player, less for its flavor than for the depth of flavor it gives a whole dish. A small pinch in a large pot of food makes a substantial change its character: The flavor is richer, fuller, and much more aromatic. My favorite saffron dishes are humble affairs with simple ingredients and spices, like plov, an Uzbek rice pilaf studded with carrots and onions. The saffron adds a hint of luxury and some sophisticated sweetness.

Whether you dress it up or down, saffron's worth getting to know. The quality stuff is easier to find than ever, and if you purchase by the gram or the ounce, it's an affordable luxury that'll pay for itself over and over.

Where to Find Saffron

Gourmet shops are frequent carriers, but specialty spice merchants carry the best. Buy from stores you trust not to scam you, especially online. The Spice House sells two excellent grades of Spanish saffron: coupe ($9.79 per gram) and superior ($8.48 per gram). 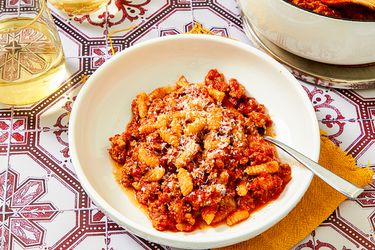 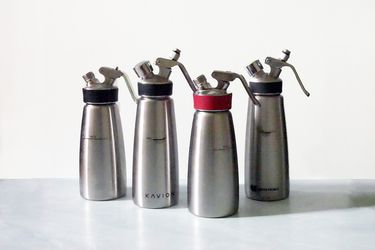 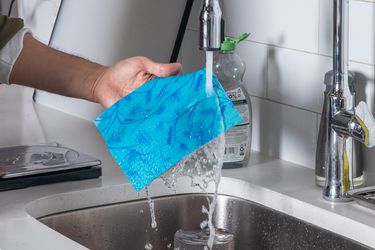 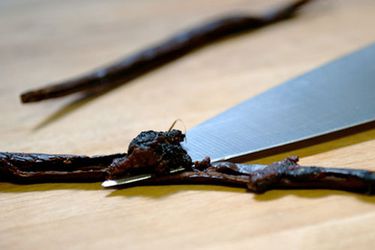 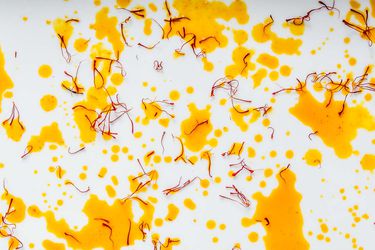