Here's another one of those spices that makes you wonder how people got the idea to eat it. Mahlab is a powder made from the seeds of the St. Lucy's cherry, found in different parts of the Mediterranean, that requires drying and cracking open rock-hard cherry pits. But if you've ever had a dessert made with whole roasted cherries, where the pit imparts an inimitable depth of flavor, it's easy to see why people go through the trouble.

When mahlab first hits your tongue it tastes a bit like cherries, a bit like roses, and a bit like almonds. There's a hint of vanilla and something quite floral. Its aftertaste, though, is quite bitter. When cooked, everything changes. It's fruity and rich, but subtle. It's a regal spice that adds majesty to sweets, an excellent mystery ingredient that contributes a whole palette of flavors without dominating an end result.

Though it has some savory applications (coming to a lamb tagine near you!), mahlab is mostly a baking spice, used in pastries and breads from Greece to Iraq. It's common in a Greek sweet bread traditionally baked for Easter called tsoureki, though it's also common during Christmas baking. A teaspoon per cup of flour is often added to cookies, cakes, or rolled pastries of those areas.

Dairy pairs well with mahlab, either in the form of milk of cheese. It's a spice crying out to be used in rice pudding, which is often scented with almond and rosewater. Its fruitiness would make a welcome addition to crème brûlée, or anywhere else that fruit chunks or juice just wouldn't do. Or sprinkle some in a cheese-based tart, preferably one with lots of honey and butter.

I've been noshing on a snack based on an Egyptian dessert composed of two parts ground sesame seeds, two parts honey, one part extra virgin olive oil, and just enough mahlab to make its presence known. This thick, floral paste would be ideal to roll into a pastry like rugelach—but by the time I got the willpower to stop eating it with a spoon, I had barely enough to stuff one small pastry. Honey and mahlab are also best of friends, as are other complex sweet ingredients like dried fruit or nuts.

"You don't need much for it to make an effect, but it can make all the difference between a ho-hum dessert and something alluring."

You can treat mahlab much like nutmeg. You don't need much for it to make an effect, but it can make all the difference between a ho-hum dessert and something alluring. Like nutmeg, it's easy to add it ad hoc to baked goods once you get a sense of it. Though the world is not teeming with written recipes that demand mahlab, many spiced desserts would benefit from a judicious application of the stuff. Just keep an eye out for bitterness and taste frequently. If you're looking to get creative with your baking, spices are the easiest way to do so, and mahlab's an excellent contender.

Where to Find Mahlab

It's a little difficult to find mahlab seeds whole, though your chances improve at Middle Eastern markets come Easter. The powdered version is more common, and I've even seen it at some Indian groceries. You can also find it online at Penzeys for about $3 an ounce. Because it comes from a seed and, powdered mahlab can easily go rancid, so buy it in small amounts and use it quickly. For longer-term storage, you could put it in a small, airtight jar with a cotton ball and keep it in the refrigerator. 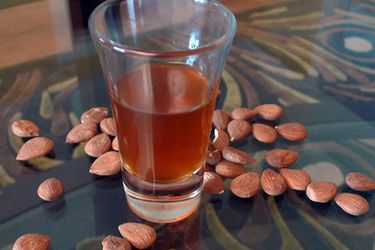 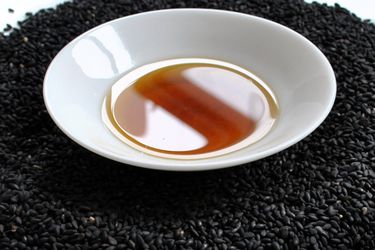