Bad fried dough sounds like an oxymoron, but there I was, at a trendy New York City restaurant, gazing down at four churros so cold and anemic they could've been parsnips. "Fool me twice, shame on me," I thought, remembering the sugar bombs I'd received the only other time I'd dared to order this Spanish favorite stateside. Supple and cinnamon-y, they were passable as doughnuts, maybe—but I wanted churros. What was the magic formula behind those faintly salty, shatteringly crisp teardrops I'd come to love as a teenage exchange student in Spain, and why were they so hard to replicate? Ten years later, back in Madrid, I went on a mission to find out.

I knew my first stop for the Spanish breakfast por excelencia had to be Chocolatería San Ginés, the Madrid equivalent of New Orleans' Café du Monde, where Spain's most storied churros have been flying out of the kitchen 24/7 for well over a century. Since moving here a year ago, I've become a sucker for their "standard": a half dozen churros con chocolate, Spanish hot chocolate so thick you could spread it with a butter knife.

Like their fellow Spanish renditions, San Ginés's churros are minimalist. A simple dough gets pushed through a churrera (churro extruder) into a vat of sunflower oil, and, in less than a minute, they're on a plate and table-bound. There's no dredging in cinnamon sugar, like you'll find in Mexico, and there's certainly no pastry cream or Nutella in sight—much to the dismay of some tourists. In fact, most Spanish churro recipes omit sugar entirely, leaving it up to the end user to determine how sweet breakfast should be by dipping them in chocolate or café con leche.

San Ginés exudes a fin de siècle charm—all rounded edges, pine-green paneling, and gilded sconces—that makes you want to stay awhile. I have a favorite corner, where I like to settle in with a copy of the day's El País, luxuriating in that familiar early-morning aromatherapy of frying batter and melting chocolate. Service here is fast—in under a minute, a white-clad waiter zooms over, sliding a plate of golden, foot-long churros in front of me. My routine begins: I pick one up and break it in half, watching it crackle and steam before diving it into a mug of just-sweet-enough molten chocolate. And then, thankful I'm alone, I Bruce Bogtrotter my way through 2,000 calories, with little regard for the napkin dispenser. By the time I've hoisted myself up from the table, an hour later, I'm ready for a siesta.

Churros are part of Spain's social fabric, like croissants in France and bagels in New York. And they are easily the country's most famous fairground snack, hangover cure, and New Year's Eve treat. It's been that way for centuries, with evidence suggesting that the churro is an adaptation of you tiao, brought to the Iberian Peninsula by Portuguese sailors who visited northern China during the Ming dynasty. Chocolate, on the other hand, arrived in Spain with the conquistadors in the 16th century, but, as far as we know, it wasn't until the early 1800s that chocolate and churros became a package deal.

This fried snack has become so universally adored that today it unites people of every walk of life. If you want to see a true cross section of Spanish society, spend a few hours in a churrería, where construction workers rub shoulders with well-to-do businessmen and tipsy revelers intermingle with Chanel No. 5–scented señoras. While most of the city is still asleep, hundreds of taxi drivers have already wolfed down a breakfast of churros and café con leche, a cabbie named Víctor told me, "since churrerías usually open before anyplace else."

Some Spaniards complain that you can't find a good churro anymore, but that's mostly nonsense. While it's true—and sad—that many neighborhood churrerías have shuttered in recent decades due to changing dietary habits, many of the country's best churro spots have stood the test of time. In fact, the old guard is now competing with a whole new generation of younger churreros, whose fritters come with hipster credentials (local flour! natural fermentation! artisanal chocolate!).

Keepers of the Flame

One of these pioneer churreros is Miguel Pizarro, owner of El Andén in Jerez, the Andalusian city best known for its sherry bodegas. Determined to uncover the X factor in producing a superior churro, he crisscrossed the country gathering tips and tricks from upwards of 30 masters. "Even the best churros start with just three ingredients: water, flour, and salt," he told me over the phone, in twangy Andalusian Spanish. "The key is the quality of your ingredients and how you mix them," he continued, noting that, as in French pâte à choux, the water must be boiling, added to the flour and salt in one go, and then mixed vigorously by hand.

Madrid legend Matías Muñiz, who's been frying churros for 58 years at his namesake bar in the La Latina neighborhood, takes the manual approach a step further. He is one of the few remaining churreros in the city skilled at piping the dough by hand. "You can't replace the human touch, hijo mío," he beamed, flicking churro after churro at lightning speed into a sea of hot oil. The result is a rustic-looking fritter with a crunchy exterior and a palatably soft, almost undercooked center.

The vibe at Muñiz may harken back to the old days, but the churro operation run by 93-year-old Doña Paulina at La Mañueta in Pamplona is downright primal. Believed to be the oldest churrería in Spain, this establishment maintains the tradition of frying churros in olive oil over beech-wood fire, imbuing the whorls of dough with a mild smoky aroma. It's such a production to make these churros (they go through nine tons of hand-cut wood and a ton of flour per week) that La Mañueta is open a mere 14 days a year—seven of which fall during the annual San Fermín (Running of the Bulls) festival, making the lines as infamous as the churros themselves.

One of the more hedonistic pleasures of traveling through Spain is sampling each city's take on churros. Madrileños, for instance, like them extra crunchy and teardrop-shaped. (Before the proliferation of modern packaging, this form allowed them to be threaded onto a flexible cane, which was then tied into a loop for easy transportation.) But head due south to Andalusia and your churros—or tallos, calentitos, tejeringos, or jeringos, as they're called depending on the area—are typically presented as a never-ending coil whose length is determined by the number in your party. After tearing and dunking our way through breakfast, my friends and I always fight over the doughy center of the spiral—the best part.

But of all these iterations, my favorite is the porra. Less popular than the classic, more slender type of churro, but also available throughout Spain, this masa blanda ("soft dough") fritter gets its characteristic chew and open texture from a wet, leavened dough. (The leavening agent here is most often industrial yeast or baking soda, but Pizarro at El Andén swears by his sourdough starter.) Since porra dough isn't as sturdy as the stuff used for churros, making them is often a finicky team effort: One person pushes the dough through an extruder into the oil, while the other guides the porra into a spiral using two long wands. It's mesmerizing to watch the churreros flip the whole mass, lift it from the oil seconds later, and shear off foot-long portions to serve.

Today, with hundreds of churros quite literally under my belt, I've learned that a truly great churro might be defined as much by its context as by its culinary technique. Thinking back on those American churros, I now realize that they would have never compared to the ones I enjoyed strolling through lively street fairs in Madrid, or lounging at beachside shacks in Andalusia. Certainly, exceptions abound—several of the churros pictured in this article, for instance, hail from a New York City Basque-inspired restaurant, Huertas—but for the real, full-fledged churro experience, you just might need to buy a plane ticket. 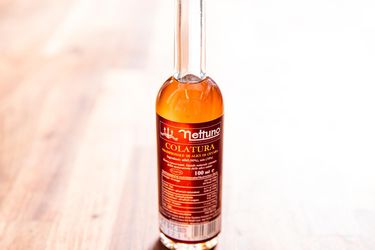