Before I start talking burger, I'll note that no tourism board in Sweden sent me to Max. (They did a great job of directing me towards an over 90-year-old bakery, a giant cinnamon bun, and a beautiful tomato farm, among other culinary delights.) Ever since I read about Max in 2009 when one of our readers wrote about it on AHT, I figured if I ever made it to Sweden, I'd have to try Max. I'll admit that I'm not a big fan of fast food mega-chain burgers, but I am a fan of trying fast food chains in different countries to see how the American burger chain concept translates abroad.

Some quick background info: Max was founded in 1968 in Northern Sweden, five years before McDonald's came to Sweden (although today McDonald's has more locations in Sweden than Max does*), and currently has 83 locations, including their first one outside of Sweden that opened this year in Oslo (in an old Burger King, fittingly enough). In 2008 they gained more global recognition for introducing measures to reduce their environmental impact, including using carbon labeling on their menus, switching to 100 percent wind-generated electricity at all their restaurants, and planting trees in Africa to compensate for 100 percent of their emissions. They're also designing their buildings to be more environmentally-friendly, and while I probably don't get the full picture from using Google translate, it sounds pretty spiffy. (By chance, I came across their newest location last week—but just one day before it opened. D'oh.)

Aside from 11 kinds of made-to-order burgers, Max also offers chicken, fish, and vegetarian sandwiches, a low-fat menu, salads, desserts (including cinnamon buns), and 15 kinds of dipping sauce. They only use Swedish beef and chicken and vegetables from Sweden, Denmark or Holland, and don't use trans-fat. And a nice perk for just being at Max is free coffee and Wi-Fi. For nine years in a row they've topped a survey for Sweden's most satisfied customers among nationwide burger restaurants, so even if they're not Sweden's largest burger chain, their slogan, "Sveriges godaste hamburgare" ("Sweden's tastiest burgers") can ring true.

....Well, tastiest fast food chain burger in Sweden, maybe. Their burgers won't blow your mind and they don't look anything like their advertised photos, but that's on par with the other big chains. I tried four of their burgers (with the help of three friends, if you must know) in Stortorget, Malmö; let's take a look at them.

First off, I'll say that I had trouble remembering much about the burgers. And it shouldn't have been that hard; I ate them less than a week ago. Some burger memories last forever. This didn't fall into that category. It didn't take long for me to realize why: because the burgers weren't particularly good or bad.

The Max Original is topped with cheddar, bottomed with tomato, iceberg lettuce, onion, ketchup and Thousand Island-esque "Original Dressing" (every burger featured the veg on the bottom), and comes on a toasted sesame bread. It's pretty hefty at a weight of 266 grams (9.4 ounces). Right away, the cross section looked problematic: The cheese wasn't fully melted, and there wasn't much in the way of ground beef definition in the thin, gray patty. The patty looked finely ground and compact, more sausage-y than burger-y, and didn't taste that beefy. On the upside, it wasn't dry (not that it was oozing juice other) or tough, nor did it have any weird aftertaste (Burger King, I'm looking at you and all the times you filled me with the smoke burps that wouldn't die), and the meat-to-bun ratio was fine. Overall though, not something I'd choose to eat again.

Update: Thanks to Syke's comment, I found out why the meat didn't look or taste all that burgery: because there's a lot more than beef in the patty. D'oh. Here's the list of ingredients from Max's site: Swedish beef, water, potatoes, eggs, dry milk, salt, potato flour, potato fiber, meat stock, potato starch.

This dainty, budget-priced burger of 122.5 grams (4.3 ounces) comes with iceberg lettuce, cheddar, and "original dressing" on a toasted sesame bread. Once again, mostly unmelted cheese on top of the funky patty, but we liked it more than the Original because of its "just right" size and fewer toppings.

...Then again, maybe sometimes you need nacho chips in your burger. If so, go for the Crunchy Nacho burger featuring iceberg lettuce, red onion, taco sauce, nacho chips, and spicy hot salsa. The corn chips add a welcome layer of crunch, but if you leave it too long (as what can happen when you take photos of your food...oops), you get a mix of crunch-turning-into-sogginess. The heavily spiced (but not spicy; that's what the salsa was for) taco sauce reminded one of my friends of Taco Bell—I guess whether or not you like it depends on how much you like Taco Bell. We didn't like it that much.

To get some more variety in the tasting, I stuck in the lacto-ovo-safe falafel burger, introduced on the menu in 2009. It comes with three organic falafel balls, chili sauce, white sauce, lettuce, and red onion on a rye bun. Overall, it fared better than the burgers—for lack of a better description, it tasted more...alive. The falafels were crisp on the outside, with lightly spiced, not-too-heavy innards. They were mushier than I prefer, but not bad. The chili sauce was particularly potent, unfortunately overpowering anything it touched. It would've been better without the chili sauce.

To go with the limited time only Nacho burger are these taco fries topped with melted cheddar sauce, taco sauce, sour cream, and chopped raw onions—a combination that brought to mind animal style fries. The fries themselves were good—McDonald's-esque, skinny with a good crisp crust—but they would've been better without the taco sauce, and the onions were cut too large to be eaten easily with the fries.

While Max's burgers may not be the best in Sweden, their non-burger items aren't bad, the service I experienced was quick and friendly, and the restaurant was very clean and bright. They've won the heart of their Swedish, so maybe the rest of the world lies ahead.

Serious Eats reader theswedishchef explained to me that at first, McDonald's had trouble establishing itself in Northern Sweden because people were used to eating burgers with knife and fork, utensils that Max offered, but McDonald's didn't. Of course, now Swedes have picked up the hands-only approach and McDonald's has the most locations in Sweden, although it looks like Max still dominates the North. 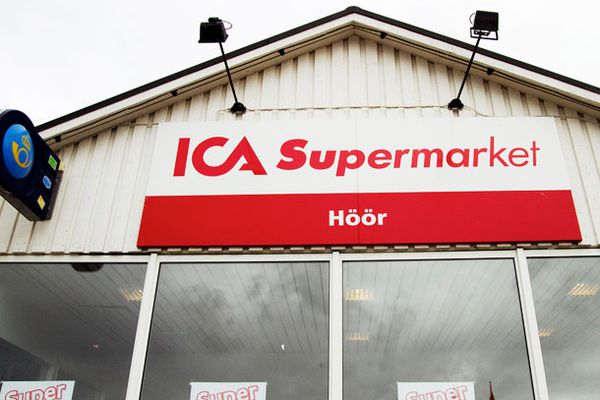 Snapshots from Sweden: Roaming Around a Swedish Supermarket 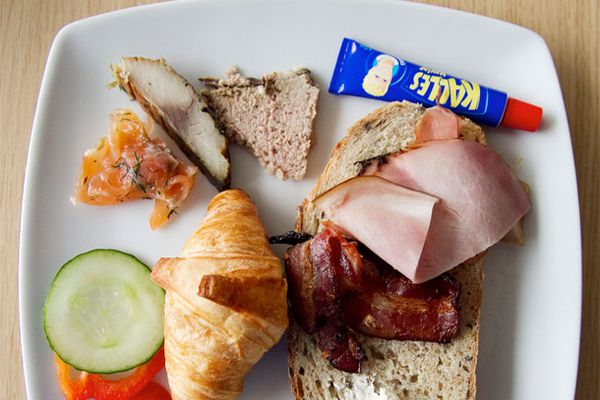 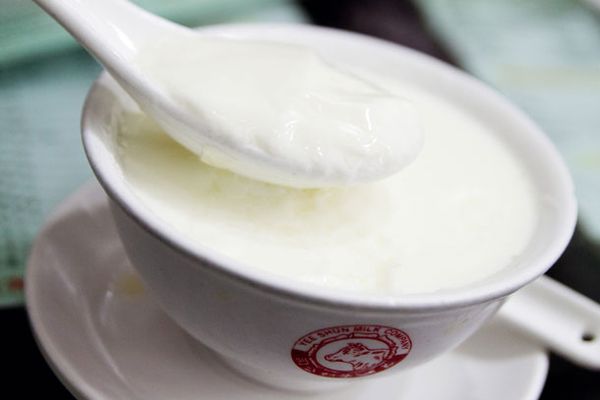 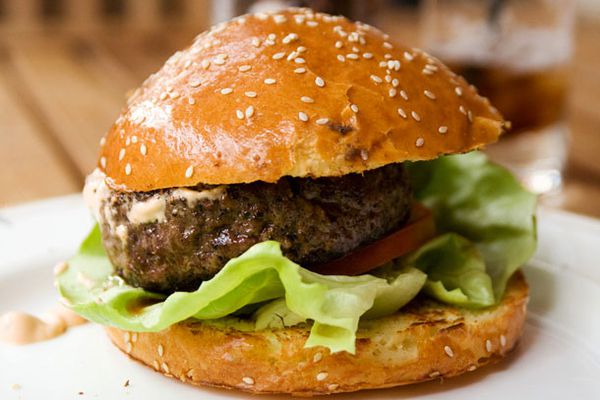 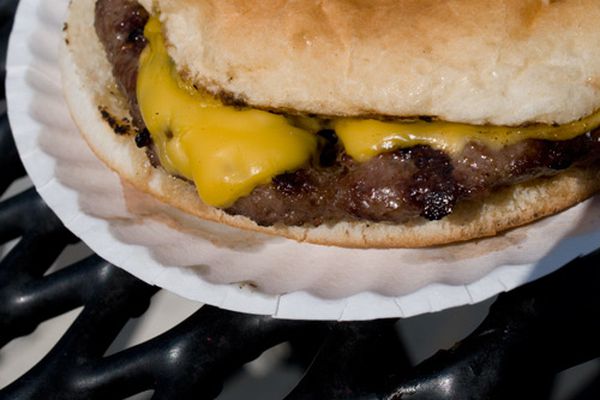 A Great Burger by the Beach at The Windmill in Long Branch, New Jersey 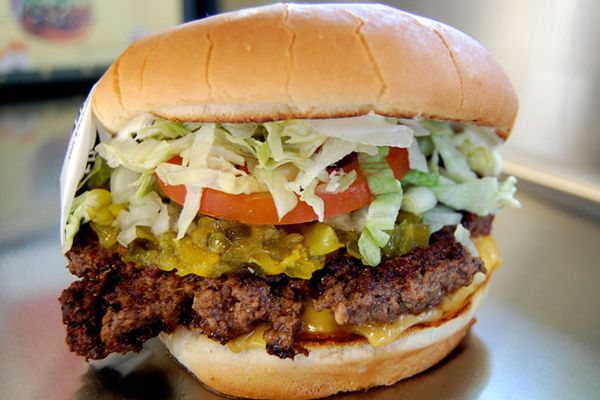 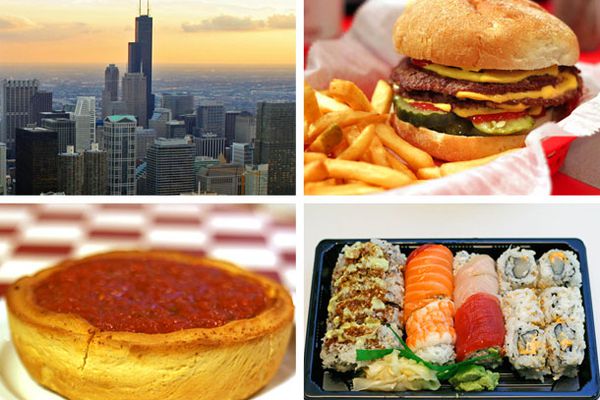