Breakfast is, without a doubt, my favorite meal of the day. Partaking in local breakfast traditions is one of my favorite parts about traveling. And I'll venture to say that Turkey does breakfast really, really well.

At its simplest, breakfast might just be bread and cheese—and given how much I love the sort of soft, unaged cheeses that are staples in Turkey, and how good bread there often is, I'm just fine with that. A few tomatoes or olives, or maybe a small tomato-cucumber salad, might ride alongside.

Want something a little more indulgent? Go for kaymak, my new best dairy friend. It's basically insanely rich clotted cream that's rolled into a spiral, then sliced and served. Somewhere around the consistency of a soft goat cheese, it's creamy enough to slather all over bread...

...and it's often served with honey. The honey in Turkey is some of the best I've ever had. I stayed in an apartment near Galata and the bodega guy around the corner sold his own honey from unlabeled jars behind the counter.

The only thing that might be as tasty as kaymak with honey: kaymak with jam. These are all made at Mutfak Dili, a homestyle restaurant in in Karaköy: a delicate, floral rose jam, bold orange marmalade, one of young green figs, and more.

On the slightly more savory side, I'm a huge fan of Turkish scrambled eggs, menemen: onions cooked in sunflower oil until meltingly soft, stewed with tomatoes, the eggs added at the end and scrambled until just set.

Other reasons to get out of bed: yogurt, creamy and thick; borek, flaky stuffed pastries; pomegranate juice, with juice stands on every corner squeezing each cup fresh; endless cups of strong tea; thick, powerful Turkish coffee.

But apparently, they have it better elsewhere in Turkey. According to the folks at Istanbul Eats, the town of Van is widely known as serving the best breakfasts in the country. There's even a street in that city called Kahvaltı Sokak, "breakfast street", lined with Kahvaltı Salonu (breakfast-only restaurants). Breakfast-lovers, pause and think about that for a moment: This is our Disneyland, a breakfast wonderland where every shop serves breakfast, and breakfast lasts all day. Their reputation is such that the breakfast shops in that style that have recently opened in Istanbul all have "Van" in their name. (Van Kahvaltı Evi is one of the best-known, and I had two fantastic meals there.)

And in the town of Gaziantep, famed for their baklava and pistachios, they make a remarkable pastry called katmer—thin, thin phyllo dough layered with crushed pistachios, dabs of kaymak, and just the littlest bit of sugar. The version I tried in Istanbul (pictured above), fresh from the oven, was one of the best things I ate on the whole trip. And in Gaziantep, it's actually eaten as a breakfast pastry.

Sketching out the itinerary for my breakfast-themed Turkey road trip begins now. 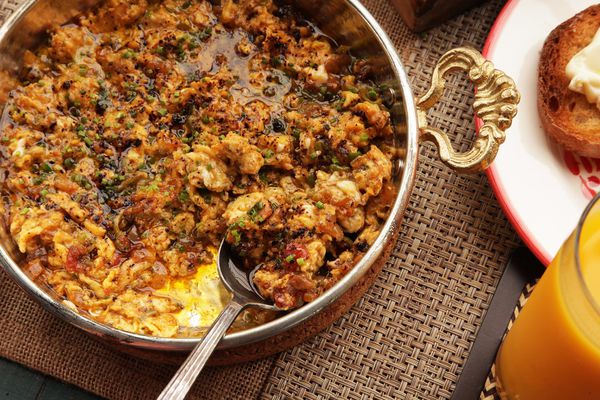 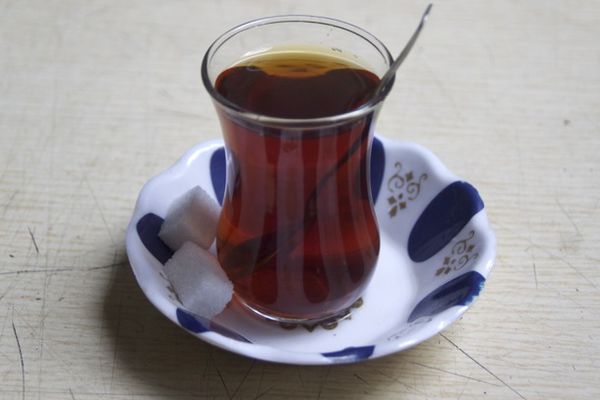 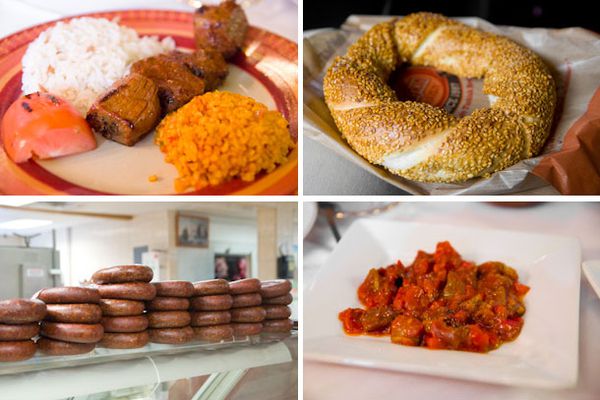 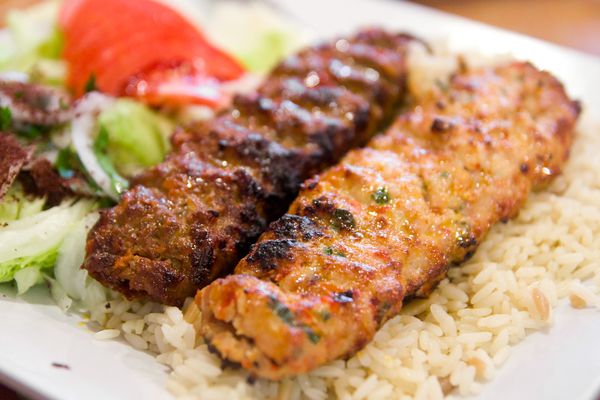 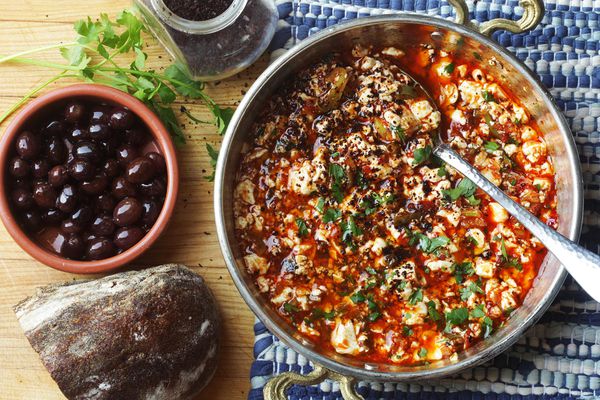