How many of you plan your travel trips exclusively around what you're going to eat? I know I do. Case in point: When my wife and I were in Jura, France a couple weeks back, I quickly realized that we were within two hours driving distance of Bourg-en-Bresse, home of the famous and supposedly exceptionally tasty blue-footed chickens. All other plans were immediately put on hold as we made our way there in our rented Yaris. Once chickens started appearing on road signs, shop windows, and street corners, we knew we were close.

Since 1957, the Bresse chicken has been the only bird in the world to have its own designation as a government-certified appellation, just like the finest wines and cheeses of the European Union. This means that not only is its breed strictly defined and controlled, but everything from its feed, the region where it can be raised, its slaughtering age—basically every detail involved in its mode of production—is tightly controlled. Bresse farmers need to give each bird a minimum of ten square meters of space. 107 square feet! That's bigger than many Lower East Side bedrooms in New York City. Compare that to the minimum of under one square foot required for egg layers in the U.S.!

What this all means, of course, is that the chickens lead remarkably well-pampered lives full of exercise and grubbing down on grains, insects, flowers, and all those things that you'd think make for tasty chicken.

"But what they lack in size, they make up for in intense, concentrated flavor."

Those used to Modern American Chickens (MAC's) with their massive globe-shaped, fat-free breasts that turn pure white when cooked and taste like, well, like what we call chicken, might be surprised by the size of a Bresse breast, or more specifically, it's lack thereof. These breasts are tiny, weighing in at around four ounces apiece with a thick-skinned, scraggly appearance. But what they lack in size, they make up for in intense, concentrated flavor.

Some call it gamey. To my palate, the birds had almost an acidic, slightly tangy, and sweet flavor. Grassy and vegetal and highly aromatic. Because of their highly-exercised lifestyle, the flesh also tends to be a bit stringier and chewier than the ultra-tender meat of a standard supermarket chicken. I like to think of it as beefy in texture rather than tough.

Of course, that flavor all comes at a price. France produces just over a million of the diminutive fowl each year, and the vast majority of it is consumed within its borders. Even in France, you can expect to pay between 11 and 12 euros a kilo for it—about twice as much as a standard chicken. And here's more bad news: I've never seen them sold anywhere in the U.S., though D'Artagnan is selling an American-raised clone of the bird that's almost as good.

So Serious Eaters: What's the furthest you've gone out of your way to try a particular food, and was it worth it in the end? 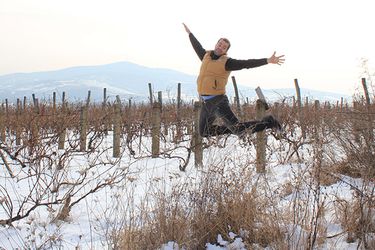 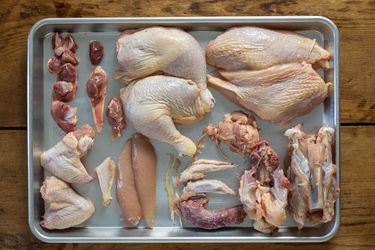 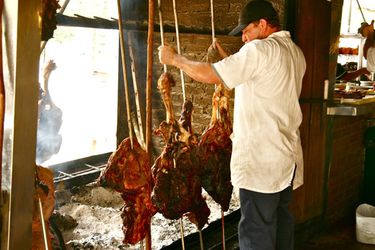