One taste of Takis and we were hooked. But which flavor of the Mexican snacks is best?

Tracie Lee
Traci Lee is a contributing writer and former design director at Serious Eats.  She co-founded a Tex Mex taco business in Brooklyn and is the executive director of design at The New York Times.
Learn about Serious Eats' Editorial Process

What are Takis, you ask? Probably the best snack thing that's happened to me in years. I recently went on a trip to Texas with my husband to visit family. I felt a snack attack coming on, so at the gas station I scanned the salty snack aisle and the Takis packaging caught my eye. I haven't really seen them in the bodegas around New York but they seemed familiar. Then it came to me, the internet song of 2012: "Hot Cheetos and Takis."

What is it about Takis that a bunch of ten-year-olds felt the need to make a very awesome song about it? I picked up a bag of Fuego-flavored Takis to find out.

I got into the car and ripped open the bag of rolled-up corn discs coated in a bright red powder. Holy sweet Jesus, it was everything I wanted out of a snack. It has the strong corn flavor that comes through on Fritos, but it's much more complex and satisfying with the addition of sour lime and a big kick of spicy chile at the end. I also appreciate the lack of stinky cheese flavor that I don't always want out of a corn snack (I'm looking at you, Cheetos). Takis have a hearty crunch, like something that came out of a deep fryer. Most embarrassingly they leave a telltale red stain on your fingers that only come off with a good scrub. (OK, OK, I am not beneath finger licking!)

Although the bag looks like it's to be eaten in one sitting by one person, it's actually four servings. I couldn't make it past half a bag because of the intense saltiness.

I brought four flavors back to Serious Eats headquarters and the reactions ranged from "TAKIS ARE THE BEST!" to, "Ew, these are gross." The biggest turnoff seemed to be the level of sourness—personally I enjoyed the way the chips made my mouth almost pucker. Yes, I am a sucker for lime-flavored Tostitos.

Which Takis Flavor is Best?

Fuego was by far the spiciest of the bunch, even more than the drastically named Nitro. Nitro was more like "Fuego lite" than the proclaimed habanero flavor and heat. Guacamole tasted more like tomatillo to me, but it could have been the sourness that made me think of that. A few SE'ers preferred the more mellow guacamole, but Fuego held out in popularity. Fajita was the most undistinguished; it had a flat cumin flavor without heat that excited no one.

I started thinking about what to serve with Takis. In terms of drinks, the answer is naturally Limeritas. We also dreamt up all sorts of crazy things to make with them (Takis-crusted fried chicken?), but they're truly best eaten straight up. At most, a good ranch dip or anything creamy would be a good accompaniment to mellow out the sour spiciness. Takis, you're coming with me to the next Super Bowl party.

I did a little more digging about the popularity of Takis and it's become a favorite of school kids. And it doesn't come without controversy. The urban legend first made popular with Poprocks, "If you eat x with soda your stomach will explode," has been making the rounds with a Takis variant. This may be due to the fact that kids are gorging themselves, getting upset stomachs from the citric acid, and consequently throwing up. Lesson learned: no matter how delicious it may seem, don't eat a whole bag of Takis in one sitting. 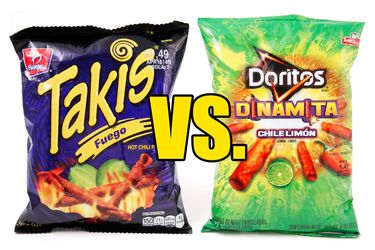 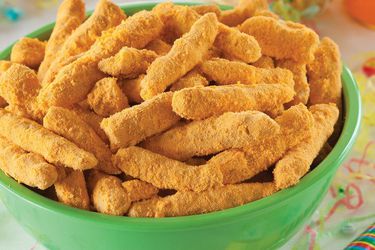 Cheetos from 'Classic Snacks Made from Scratch' 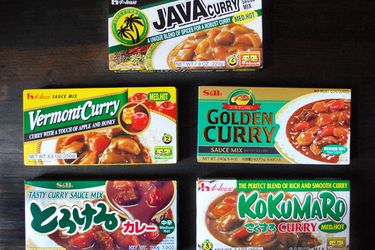