Ever thought about baking bread in a smoker? The idea intrigued me. I've baked bread in my gas grill, so why not try it in an electric smoker?

One big difference in temperature. My smoker maxes out at 275 degrees, which is considerably lower than my usual bread-baking temperature. I've made bread that sticks at low baking temps. I've also compromised when something else in the oven needed a lower temperature. But the low temperature bake plus the addition of smoke sounded like a worthy experiment.

I decided that rye would work well with smoke and buttermilk offers a bit of tang.

But what shape? A traditional loaf might allow for some smoke flavor on the crust, but I didn't think it'd work its way very far into the bread. Buns, on the other hand, would integrate the smoke flavor into every bite. So I went with buns.

These would be great for any type of barbecue sandwich, with the added smokiness enhancing the sandwich in a way that a plain bun just couldn't do. Also great for a non-smoked sandwich where smoke would be an asset. Maybe not for the peanut butter and banana sandwich, unless you're likely to add bacon to that combination. 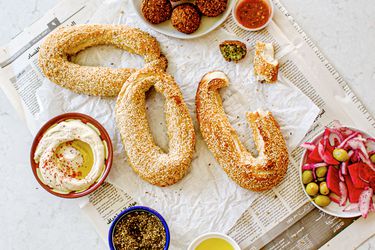 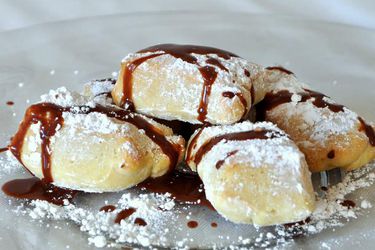