Comfort Me With: Slow Cooker Pulled Pork with Dr Pepper

When I visited Austin, Texas last month, I spent most of my time eating at every restaurant I stumbled across. I ate so much barbecue that I swear I smelled like Stubb's bbq sauce for a week afterward. Once I got home from my trip, I was inspired to develop a few barbecue-type recipes of my own. I don't have a lot of experience with the grill, since there's not one handy at my house. I had to think—what else represents Texas food culture that I could make at home, without a grill?

I finally settled on pulled pork, which is something I'd never made before. Funny how you can eat something a hundred times but never think to make it yourself. It was high time I remedied that.

After testing four or five recipes, I came up with one I enjoyed the most. It's got a funny "secret" ingredient that I never would have thought to cook with before: Dr Pepper. Normally I avoid soda, but in this context it adds an interesting dimension to the dish that nothing else could possibly provide. It gives this pulled pork a certain sweetness that just isn't possible with anything but good, old-fashioned sugar. A few other ingredients round out this dish, but really, the Dr Pepper is what makes it!

This dish calls for a slow cooker, but if you don't have one, you can cook it in a covered Dutch oven in a 225° oven for the same amount of time the recipe calls for. Either way, it's a long, slow braise that will leave your house smelling amazing, and that's my idea of a perfect meal. 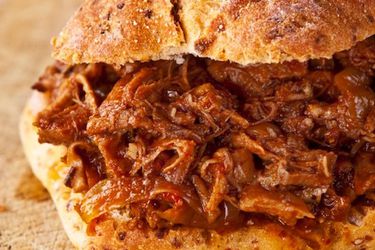 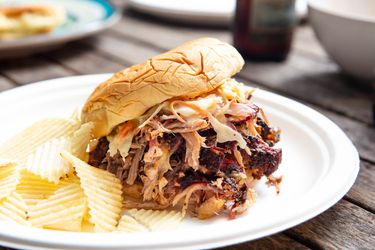 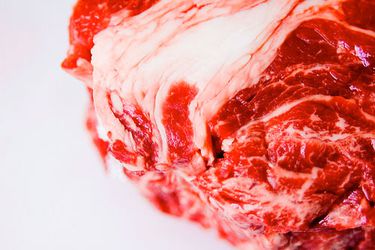