Jonathan Moxey
Jonathan Moxey is a Missouri-based professional brewer with BJCP and Cicerone certifications who has written guides for Serious Eats about how to brew beer at home.
Learn about Serious Eats' Editorial Process

Many beer recipes share a common flaw: they're just too complex. Homebrewers tend to get carried away, tossing in a few ounces of this and a half pound of that, and they end up with a recipe that calls for eight different malts and seven different types of hops. Chances are, that beer's going to taste muddled. (There are, of course, notable exceptions.) Understanding the building blocks of beer, ingredient by ingredient, allows brewers to know what each component is bringing to the mix.

One great way to get a handle on what each ingredient adds to a beer is to try to brew a SMaSH (Single Malt and Single Hop) beer. By focusing on just two ingredients, you can filter out the other "noise" and learn your Centennials from your Chinooks and your Munich malt from your Vienna. You'll know exactly what each ingredient tastes like, and learning those flavor and aroma characteristics on their own will help you tweak recipes with more components later on.

I like applying the SMaSH technique when brewing American IPAs and pale ales with American "C" hops, but it works just as well across a number of styles. Try Maris Otter and East Kent Goldings to brew an English barleywine. Or Saaz and Pilsner malt for a Czech Pilsner. Or Munich malt and Hallertau or Perle to create an Octoberfest.

The important thing about SMaSH brewing is to view it not as a limitation on creativity, but as a way to explore different ingredients and what they contribute to the brewing process. Simpler beers often taste better, and whittling your recipe down will allow the remaining ingredients to shine through. 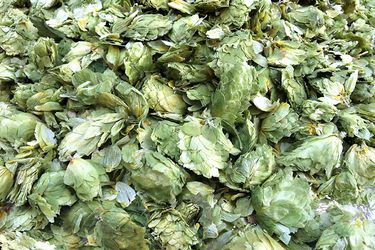