When you're just off the plane in Singapore, and everything looks, sounds, and smells foreign and exotic, seeing the words "carrot cake" on a menu seems sweetly comforting. But then you realize—through your heat exhaustion fog—that you're in Asia, that the sign is for a hawker stand, and that the woman underneath the sign is manning a giant wok. "This is gonna be interesting," I said to myself as I placed my order and then stood out of the way from the long queue that had formed.

Carrot cake, also known as chai tow kway, was one of the first things I ordered at a hawker stand, precisely because I recognized the words. But not surprisingly, it's not what I thought it would be (silly American me). Carrot cake refers to a glutinous rice flour "cake" that's made from a white radish (or yam if it's yam cake) cut into cubes, wok or pan fried till crispy, then cooked into an egg omelette. The bits of radish cake taste mild and have a soft, pleasant texture. Common ingredients mixed into the omelette include fish sauce, preserved vegetables, garlic, and green onion. Dab on some chili sauce if you want it hot. There are two kinds that you can get: white or black. The black version is mixed with a dark sweet soy sauce. I personally find the dark version too sweet.

I'll assume that most carrot cake hawkers aren't cooking up homemade carrot cake, as it's kind of time consuming to make and you can readily find logs of it at the local market. For mine, however, I wanted to do it all from scratch so I could learn the ropes. I used Rasa Malaysia's recipe for fried radish cake as a guide for how to do it. That starts with a big ass radish (daikon).

Grate it and simmer it till tender, then stir in a mix of rice flour and water. The mixture is then steamed (I used a water bath for mine), then cooled till sliceable. The homemade version of the radish cake is much more flavorful than anything I've tasted in the food courts. Though it's a bit time consuming to make the cake, this recipe made plenty, so I froze the leftover slab for a rainy Singapore morning when I'm craving a tasty omelette. 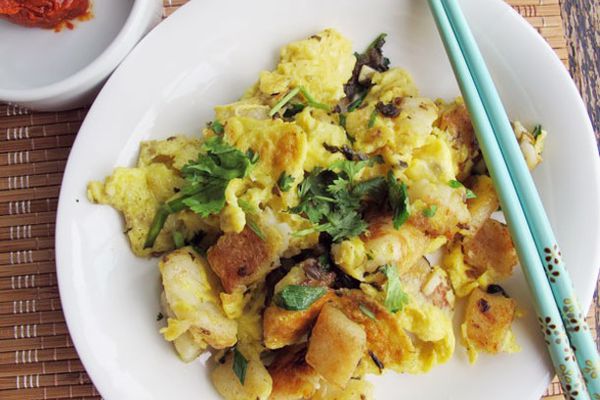 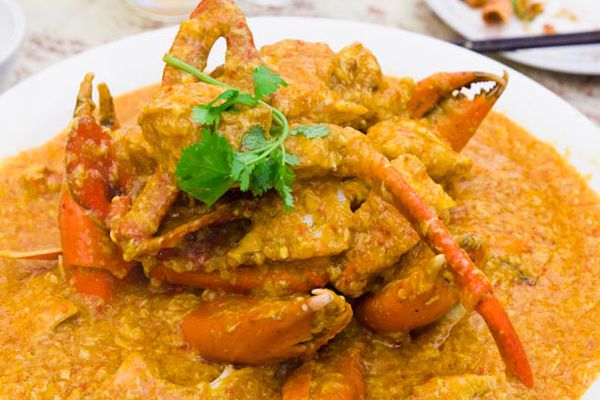 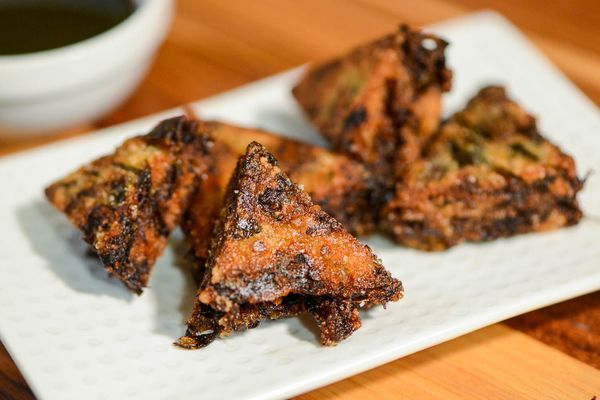 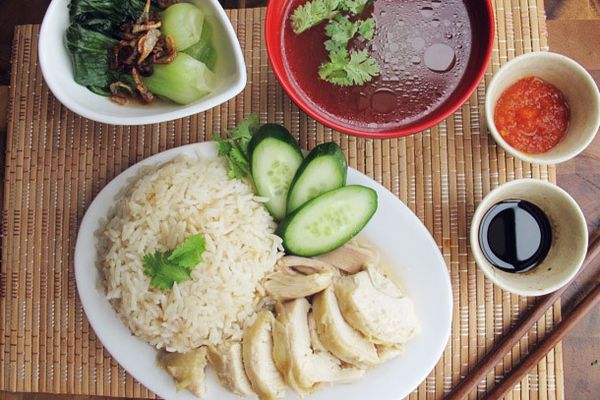