Should You Put Salt in Your Coffee?

There are as many ways to drink coffee (and reasons to drink it) as there are coffee drinkers. Are you among the fringe group who prefers to add a pinch of salt to their coffee? Whether in the grounds or as an add-in to the final cup, coffee-salters are out there—in fable or in your very own circle of friends. You just have to look for them.

The thinking behind salting coffee is that salt acts as a bitterness reducer, somehow either blocking or tricking our brain and tongue into receiving all of that bitter taste. Now, for some, the dimension of bitterness—such as in grapefruit, bitter melon, radicchio, cocoa, etc.—is an appealing part of flavor. But in other instances, such as our body identifying toxicity in foods, or more to the point, in professional coffee grading, it can symbolize less desirable characteristics. Flavors categorized by the Specialty Coffee Association as under the "bitterness" rubric can refer to defects, like "caustic", "phenolic", "creosol" and "alkaline". Those don't probably sound like something you'd like in your morning cup, whether they're from defect or not.

Not all bitterness in coffee is the fault of defect, or the fault of brew, or even a fault at all. But that doesn't stop many of us from tempering its effects with sugar, milk, or even...salt.

If you want to experiment with adding salt to your coffee, opinions are divided on whether to add before or after brewing, but many seem to prefer tossing a pinch or two into the grounds before adding water.

"Would salting poorly brewed coffee take away the trademark bitterness that comes from steeping too long?"

Acting in service of science, we also tried it as in the case of over-extraction. Would salting poorly brewed coffee take away the trademark bitterness that comes from steeping too long? Yes and no: if you've truly botched the cup, it will be hard to recover, but you might be able to make the finished swill somewhat more sippable. The same could hold true to temper coffee beans that are roastier and more bitter than your palate prefers.

Our salt experiments didn't seem to produce any better or smoother dimension of flavor than we already wanted from our coffee. But we did find that the flavors of an acidic and lively coffee did smooth and even out with a pinch of salt in the grounds. Perhaps more startling than its mellowing effects is the idea that salt doesn't make coffee taste noticeably worse or particularly salty. Yet we're not convinced it's the only way towards a gentler cup. Many people rely on another tried and true method: cream and sugar.

Do you salt your coffee? How, and why? 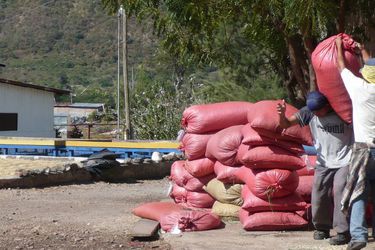 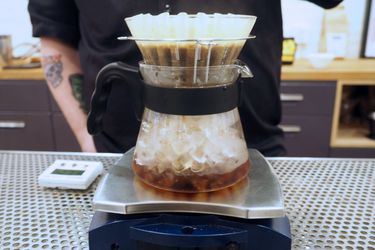 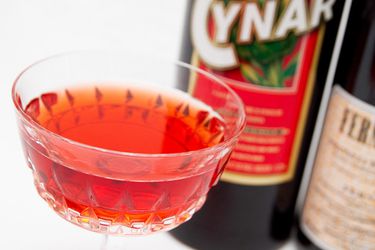