"A Chinese Betty Crocker, except of course she is real."

In many households there is a venerable old cookbook, worn and brittle, sitting among the newer books and magazines in the kitchen. For a lot of American households this might be Julia Child's Mastering the Art of French Cooking, or The Joy of Cooking by Irma Baumgarten. Representing as they do the tastes of their period, the recipes in these tomes transcend judgment; besides which, old-school bechamel sauces and old-fashioned meatloafs are good, even if we consider them dated.

In my household there was a volume such as this, called simply Chinese Cuisine. On its care-worn pages I see my mother's notes and revisions. The book is put out by the Wei-Chuan title, which publishes a series of laminated-covered cookbooks all following the same format: each page displays a brightly lit photo of the dish on the top half; the bottom half is further split in half for the Chinese and English versions of the recipe. The author of this book and other cookbook in the same series, such as Chinese Snacks, is Huang Su-Huei. From Chinese Cooking to later books, she ages in her photographs in the introductions but she is always pretty, always wearing an impossibly high chignon and a qi-po dress: a Chinese Betty Crocker, except of course she is real.

My mother's edition was published in 1983. It is an amalgam of timeless regional recipes.

Szechuan style dried-fried green beans and fish-fragrant eggplant, Shanghai-style red-braised pork, Mapo Tofu, along with dated dishes that reflect the Chinese-American palate of the time: sickly-sweet sauces that coat alarmingly large portions of protein, such as Ms. Huang's recipe for "Chinese-style Beef Steak." The recipe calls for a full pound of beef tenderloin to be cut into six slices serving naturally, six people. The slices of tenderloin are pounded with a mallet, pan-fried, then coated in a mixture of sugar, vinegar, soy sauce, chili pepper, and ketchup. I can only imagine what my mother might have thought of the recipe when she first read it. The brazen allotment of meat per person is more than she would have eaten in one month growing up in China.

The presence of ketchup is recurring. The all-American condiment shows up in at least one recipe, if not more, in each section of the book.

A recipe for "Royal Chicken," deemed Cantonese, simmers leg meat in ketchup, sugar, salt, and water—nothing more. "Stir-fried Chicken in Tomato Sauce" employs absolutely no tomato—the redness of the sauce derives from nothing else except, you guessed it, ketchup. "Oxtail in Red Sauce" and "Fish Slices in Tomato Sauce" do use tomatoes, though in such small quantities that the primary flavor of the dish still comes from the ketchup.

"it was the right mixture of the exotic but familiar, sweet and sour, with a subtle tomato-esque flavor."

Why the fixation on ketchup? It didn't have any fast-food or drive-thru connotations in our house. To the Chinese, both here and in America, it was the right mixture of the exotic but familiar, sweet and sour, with a subtle tomato-esque flavor. The translation of ketchup in Chinese is simply "tomato sauce." There exists in the Chinese pantry no canned diced tomatoes that could be confused with the condiment.

My mother put ketchup in her beef soups and in her chicken stir-fries. My favorite of her ketchup dishes made use of shrimp: shell-on and deep-fried, then coated in a sticky sauce of boiled-down ketchup, hot bean paste, and garlic. The sauce was good in the same way that fast-food can be good: neither balanced nor subtle, but with an immediately appealing rush of savory and sweet flavor. I'd lick every bit of the sauce from the shell of the shrimp before extracting the meat within.

When I tried making this recipe again, years after it'd been retired from my mother's culinary repertoire, I found that it was still pretty good, but curiously enough, needed more ketchup. 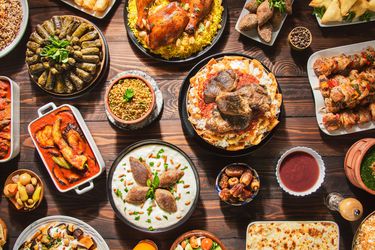 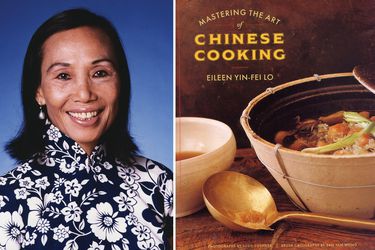