What do seaweed, pears, and ground beef have in common? They all belong in Jumuk-bap, a Korean rice ball snack I learned how to make from a former Korean housemate. Jumuk means fist in Korean, which is a fair description of how compressed the rice becomes as you shape it into a ball.

I'd always been more familiar with the Japanese version, onigiri, in which fillings like umeboshi (pickled plum) or salmon are tucked into the interior of a rice ball, which is then wrapped into a sheet of seaweed. For Jumuk-bap, all the components are mixed together with the rice before being shaped into balls. The secret ingredient in the ground beef marinade? Pear juice.

The other ingredients (garlic, soy sauce, sugar, and sesame oil) form the base of the marinade, but freshly grated and squeezed pear provides a fruity backdrop to the meat. When forming the balls, I like to add the small amount of fat rendered from sautéing the ground beef. The rice soaks up the meaty juices, so a little ground beef goes a long way.

Like onigiri, jumuk-bap is the ideal travel food, a combination of vegetables (loosely defined, if you count seaweed), protein, and a staple grain in one neat and transportable package. I make these balls whenever I'm about to head out for a trip and up until a year ago, whenever I went to the movies.

Don't ask me why, but I simply had no desire for popcorn in front of the silver screen, when instead, I could be eating beefy rice balls with sesame oil and toasted seaweed.

I did just that for years until one afternoon when, seated for the IMAX screening of Batman, someone five rows away from me yelled out, "Dude! Who's eating beef and sesame oil?" Guiltily, I tucked away my contraband.

Now I only eat jumuk-bap in parks, cars, and airplanes, where it's perfectly legitimate to bring-your-own-rice-ball. 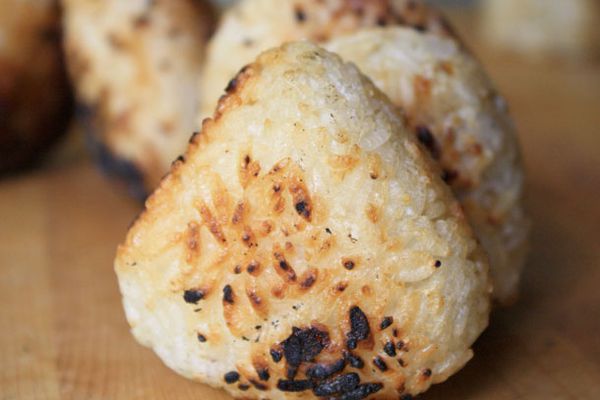 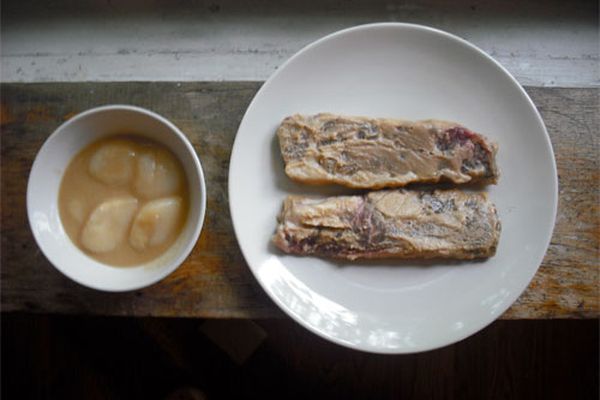