As a kid, I watched my grandfather settle into dinner every night by sitting down at the table with a cold beer and a handful of peanuts. He was a tall and wiry man, save for his small paunch of a belly, and he had a routine: his Chinese news program, a can of Budweiser, and the peanuts, which were sometimes roasted but more often than not, boiled.

He allotted himself exactly half an hour to finish his personal appetizer. When my mother set the first cold dish onto the table, he would take his last sip of beer and shell his last nut. Sometimes I would pilfer a peanut or two from his stash—I always liked the boiled ones more than the roasted.

There was more of everything to enjoy when the peanuts were boiled. Boiled peanuts displayed their inner-legume rather than the crunchy, nutty side of their personality, so much so that the two types of preparations—dry and wet—seemed like almost entirely different foods. The shells, softened by the braising liquid, enclosed engorged, tender peanuts.

Like a soup dumping, each peanut pod had a small pocket of braising juice inside that I would hoover into my mouth before shelling the pod.

My mother boiled peanuts in what was basically a Chinese red-braise, sans soy sauce. The rest of the aromatics for a typical red braise—salt, sugar, cinnamon, cloves, star anise, and sometimes a dried chili or two—perfumed the kitchen as the peanuts cooked on the stove. Stewed for several hours, the raw peanuts would absorb the flavors and soften to a starchy bean or cooked corn texture. Boiled for even longer, the nuts became more tender, like roasted chestnuts.

Boiling peanuts isn't uniquely Chinese or Asian. Down south in the United States, gas stations and roadside shacks sell bags of boiled peanuts next to basins of pickled eggs. When I finally got around to asking my mother why she never put soy sauce in the pot, she said it was because of the color—the darkened shell would have made the peanuts look dirty and unappealing.

"if you're going to suck on a shell, that shell should be as delicious as can be."

Looks aside, I think if you're going to suck on a shell, that shell should be as delicious as can be. Furthermore, you can play around with the seasoning: add lemongrass for a more fragrant stock and honey for a sweeter legume.

Or, dispense with the shells altogether and use the raw peanuts as you would dried beans for a hearty winter's stew with squash and coconut milk. And finally, I should mention that those bags of raw, unshelled peanuts that you'll find at your Asian grocer next to the piles of potatoes and starchy roots, can be bought for peanuts. 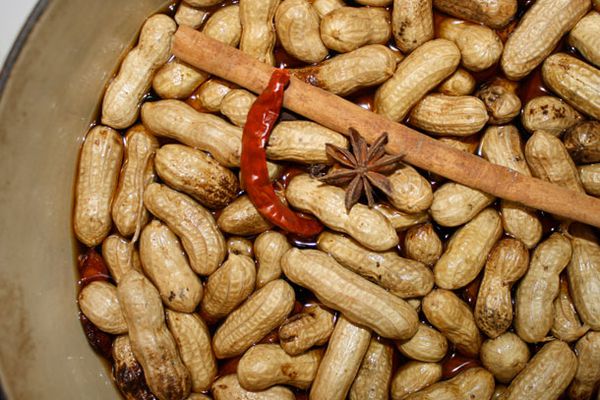 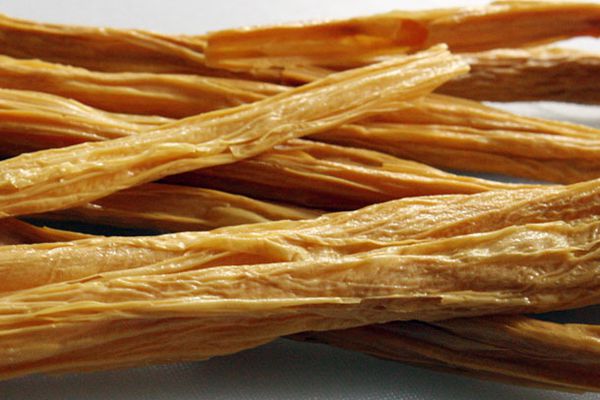 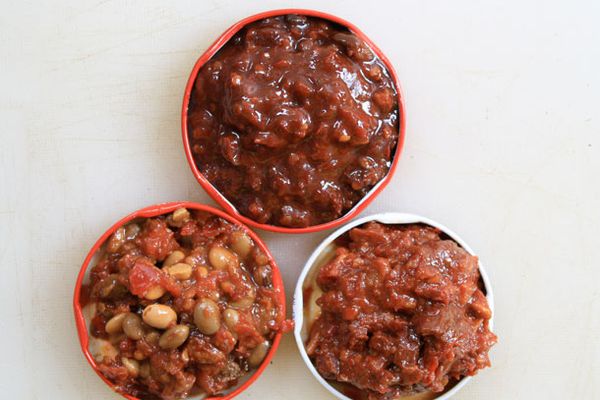 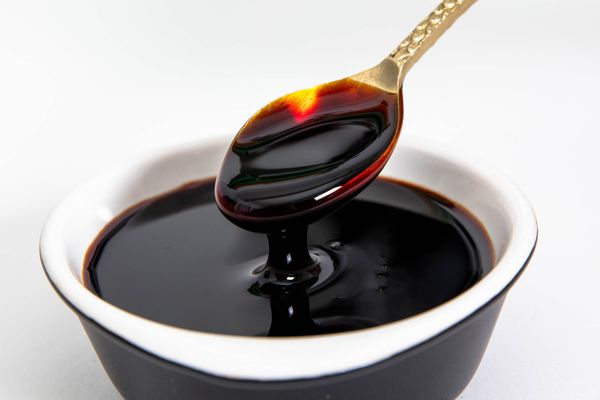