I love early summer evenings, with sunsets so late that you feel displaced from time. Until, that is, all of a sudden you're sun-soaked, hot, and...hungry. It's a genuinely distressing phenomenon. I can actually think of few worse feelings than opening your deliciously cool fridge, looking inside, and finding nothing on the shelves but everything-that-needs-to-be-cooked. And, as all actions have equal and opposite reactions, there are obviously few better feelings than opening that fridge and discovering a glorious meal, awaiting consumption at a precise(ish*) 36 degrees.

*Er, roughly 35-38o F? But while we're on the topic of ish-es, this "Spanish-ish" menu would more accurately be described as Latin-ish. But who can say no to the temptations of alliteration?

Charred corn doesn't need to be served hot. In fact, I generally prefer it chilled, with that unexpected whisper of smokiness lurking in each cold, juicy kernel. Here, the tender corn peppers a vibrant jumble of chopped vegetables. Crisp, earthy green beans; bright peppers and zesty scallions; jicama, with its grainy, pear-like sweetness; joltingly sharp cubed radishes—this salad's all about bold flavors and contrasting textures. Send it to the fridge to soak up its honey-lime vinaigrette and you've got a combo that's virtually guaranteed to satisfy, without threatening to weigh you down.

I'm such a gazpacho freak that I could happily eat it morning, noon, and night for the rest of my days. But I also have pretty high standards. Then again, it seems like everyone has an opinion about gazpacho. Some embrace the whole watery-chunky thing; others like it the consistency of baby food. And that's where this recipe comes in, expertly engineered by The Food Lab to extract the boldest, brightest, tomatoiest, flavorfulest flavor possible from your ingredients. It also gives you enough of the actual science behind gazpacho to figure out exactly how to play up whichever qualities you like the most. Oh, and it works. 'Nuff said, amiright? (If I'm wrong, you probably never liked gazpacho to begin with, so we're just done.)

At its most basic, ceviche takes chunks of raw fish or shellfish and uses an acid-based marinade to denature the protein, in essence "cooking" it without the use of heat. That means you get cold, tart fish that has a firm, opaque exterior with a tender, translucent center.

This simple, traditional Peruvian version marinates sea bass in lime juice, sliced onion, and hot chilies. But once you've got the basics down, you can feel free to incorporate herbs, fruits, juices, spices, and various other aromatics to develop that flavor profile in pretty much any direction you'd like.

The shandy—most commonly a mixture of beer and lemonade—gets a big, boozy kick in this super-easy pitcher drink recipe. A margarita-inspired combo of reposado tequila and frozen limeade takes seconds to throw together; with a splash of light beer to add some savoriness and tingly effervesence, you've got all you need to cool off a thirsty crowd. (Or, you know, just yourself. Over and over and over again.)

Cool, silky flan marries the firm, creamy sweetness of custard with the seductive nuttiness of caramel. Our recipe is a thin, elegant rendition that strikes the perfect caramel-custard ratio. 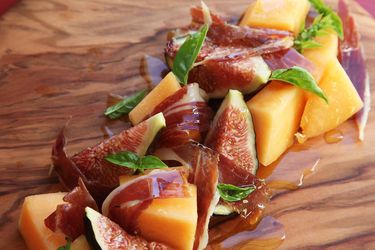 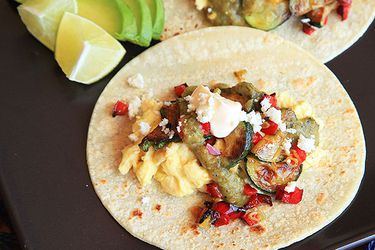