The menus at craft-cocktail bars across the country are peppered with venerable classics that, until a few years ago, remained largely forgotten. The Corpse Reviver #2; the Blood and Sand; the Pink Lady—these and many other drinks from the late 19th and early 20th centuries languished in dust-covered obscurity until cocktail historians—yes, there are such things—dug them out of old bartending manuals and polished them off for a new generation of curious tipplers.

One of the most influential people in terms of reintroducing these concoctions to 21st-century drinkers is Ted Haigh, known in the mixological world as Dr. Cocktail. Back when his book, Vintage Spirits and Forgotten Cocktails, was first published in 2004, it was notable enough news to spark a profile by John Hodgman in New York Times Magazine. Some of the 80 drinks he covered in the book—including the ones mentioned above, along with other woefully ignored drinks such as the Seelbach—became commonplace at craft-cocktail bars.

Haigh's book has been hard to find in recent years, but that's about to change. In July, a revised and expanded version of Vintage Spirits and Forgotten Cocktails will be unleashed upon a thirsty world (advance orders are available via Amazon). In addition to the drinks in the original book, the revised edition contains 20 additional recipes, plus new photography and extended coverage of the history of these old drinks. There's also a new section detailing the role of the Internet in the cocktail renaissance that features information and perspective from what Haigh describes as 25 of the top online cocktail pioneers (modesty almost prevents me from mentioning that I'm included in this group).

Dr. Cocktail's book was a paradigm-shifting volume for many contemporary bartenders and cocktail aficionados who've found inspiration in the classic recipes. The revised edition could well spark a similar wave. Come July, we'll start finding out. 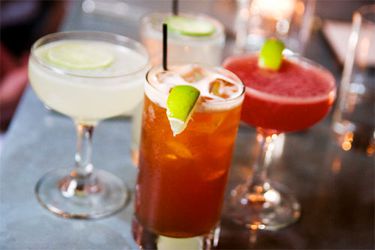