Singapore's desserts were good to me. There was shaved ice as light as snow, quivering flotillas of crystal grass jelly, and the delicate but mind expandingly delicious flavors of fresh coconut, smoky raw sugar, pandan, and calamansi lime.

When I left the country after my short trip a few weeks ago, I accepted that the best of those tastes were lost to me. Calamansi lime, that delicate orange-herbal citrus fruit so essential to Singapore's cuisine, is basically unknown back in the States. And though you can find good shaved ice in New York, it's not really the same. Our shaved ice is informed more by Taiwan than Malaysia, and I've yet to find one of my favorite shaved ice desserts, a simple bowl of unflavored ice topped with grass jelly, a bit of syrup, and fresh calamansi lime juice.

But on a recent shopping trip I came across some cans of calamansi lime juice drink in a Malay grocery store—for $1 a can. I bought six, and considered the discounted flat of 24. The cashier gave a look at my stupid-excited face and just smiled. "I know," she said, "these limes just aren't the same."

And with that I became a man on a mission: to make my favorite shaved ice at home, calamansi, grass jelly topping, and all.

Proper shaved ice is made by scraping a giant ice block with a hand scraper or rotary machine. But you can also make it just like a granita: by slowly freezing a liquid base and breaking up the ice crystals every half hour or so. The more obsessively you scrape up the crystals, the smaller and fluffier they'll be.

In Singapore you're more likely to get a pile of plain shaved ice topped with flavored syrup, but if you're making it from scratch, there's no reason not to flavor the ice itself, in this case with calamansi lime.

The grass jelly topping, a wobbly, cool gel made from boiling a Chinese relative of the mint family with some starch and a setting agent, can be found in cans in Chinese supermarkets. It's more clean and refreshing than gelatin and less brittle than agar; served chilled with a bit of ginger-laced syrup, there's nothing better to cool you down. The condensed milk drizzle I add isn't strictly speaking traditional to this style of shaved ice, but the sweet jolt and delicate creaminess are a very nice thing.

If you can find calamansi limeade in Southeast Asian markets or online, you can use it pretty much unadulterated as the base for your ice. Your final flavor goal is whatever the melted ice tastes like, so if you're happy with the sugar levels in your canned limemade (not to be confused with packaged lime juice concentrate), you don't need to add more.

If the calamansi just isn't meant to be, here's an ersatz version that mimics the rounded orange sweetness of the fruit, if not all the deep, unreplicable complexity of its flavor. The base is little more than water, orange, lime, and sugar, a dead-simple ingredient list that turns into something exotic, refreshing, and altogether fascinating. 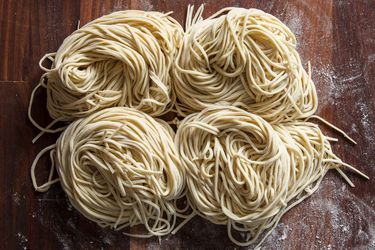 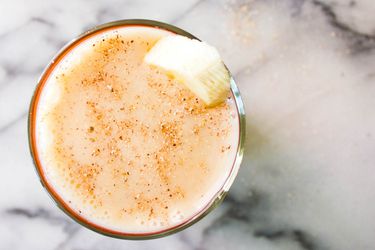 Make Your Morning Festive With This Dairy-Free Coquito Smoothie