Last week researchers at the School of Electrical and Electronic Engineering at Nanyang Technological University in Singapore proposed what might be the most plausible explanation yet for the Mpemba effect [PDF].

You've probably heard before that hot water freezes faster than cold water—that's the Mpemba effect. I remember when my older sister told me that when we were kids. I didn't believe her then and went on not believing her for many years. It's the kind of thing that has the ring of an old wives' tale.

But let's get one thing straight: there's not really any debate about the fact that the Mpemba effect exists. It has been observed in numerous controlled experiments.* Aristotle first noted its existence when he wrote about how ice fishermen would heat up water to get it to freeze faster over two millennia ago. The effect is named after the Tanzanian Erasto Mpemba, who, as a secondary school student in 1963, noticed that hot ice cream mixes would freeze faster than cold ice cream mixes. His question to guest lecturer Dr. Denis G. Osborne, "If you take two similar containers with equal volumes of water, one at 35 °C (95 °F) and the other at 100 °C (212 °F), and put them into a freezer, the one that started at 100 °C (212 °F) freezes first. Why?" was initially mocked, but Osborne later reproduced Mpemba's results and co-authored a paper with him explaining the observations in 1969.

*And no, your buddy who says, "One time I filled an ice cube tray with hot water and another with cold and the cold froze faster," doesn't count as a controlled experiment.

It's completely counterintuitive and seems to violate the basic laws of thermodynamics. To be clear, what we're saying here is that under certain conditions, the total time it takes for a volume of warm water to freeze will be smaller than the total time it takes for an equal volume of cold water to freeze, given the exact same external temperature. It's a really strange thing. I mean, at some point in the process, doesn't the warm water reach the exact same initial state as the cold water? And if so, why does that cold-water-that-was-recently-hot freeze faster than the water that started out cold? It's left folks scratching their heads or outright denying its existence for decades.

Since then, numerous explanations have been put forth to try and explain the phenomenon, but none have been much more than plausible-sounding theories. Here are a few of them:

*Problem: Water is pretty viscous stuff and convection currents like that will not continue to flow for the time it takes to cool the water.

**Problem: Even accounting for evaporation, hot water has been observed to freeze faster than cold.

Theory: Hot water creates convection patterns in the air inside a freezer, which increases its cooling efficiency.***

***Problem: You can run an experiment with hot and cold trays in the same freezer and still observe the warm one to freeze faster than the cool one.

Theory: Cold water freezes in a layer on top, creating insulation and preventing the rest from cooling very fast.****

****Problem: The hot water will also form this frost layer.

The experimental problems are large because there are so many variable to control—aside form starting temperatures, there's also the shape of the freezer, the volume and shape of the container, the insulative properties of the container, the dissolved solids in the water, etc. Up until last week's paper, the most plausible work done was by interested lay-person James Brownridge, who proposed that heating water changes the nature of its impurities, which in turn alters its freezing point (he observed that most water actually supercools beyond 0°C and doesn't begin to crystallize until significantly below this temperature).

The new paper claims that there's actually a chemical explanation for the effect, and one that mathematically fits observed data—as far as I know, the first explanation to be able to do so.

So on an individual molecular level, heated water more closely resembles frozen water than the initial colder water did. More importantly, the rate at which the energy in these shrunken covalent bonds is released dependent exponentially on how much energy was initially stored. Effectively, hot water has energy wound up like a spring which gets released when you begin to cool it, allowing it to cool and freeze faster.

You can read up on the details in the full paper here, complete with completely unintelligible diagrams and charts. 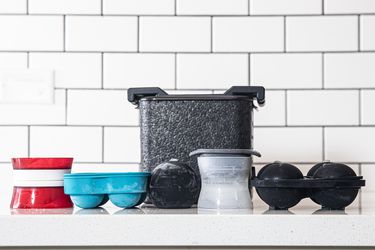