Some activity recently flared up on my homemade Sriracha post, so it was at the top of my mind when I was at the grocery and saw a bin of red jalapeños, awakening a desire to make another hot sauce with these sometimes hard-to-find chiles. Taking the opposite approach of Sriracha—which took weeks of testing and recipe variations—I went with a red hot chile sauce in one of its purest forms, sambal oelek.

This sauce originates from Indonesia, where the sauce ("sambal") is made from crushing fresh red hot chiles into a paste using a mortar and pestle (an "ulek"). In essence, it's nothing more, or nothing less, often serving as a foundation to build other sauces. In America, though, the versions we get off the shelf are heavily salted and mixed with vinegar for preservation, creating the flavor profile most of us are familiar with.

For my own recipe, I wanted something in between the one-ingredient version and what I'm most used to. To get this, I pureed a pound of red jalapeños—half of them seeded—in a food processor along with a couple tablespoons of rice vinegar and a tablespoon of salt.

The result was a sambal oelek decidedly brighter and fruitier tasting than what comes in the jar. It had a faint tanginess and just enough salt to give it a good flavor for use on its own. While I've been content to leave the Sriracha making to Huy Fong ever since trying to make it at home, I think the few minutes of work to make a fresh sambal oelek is well worth it. 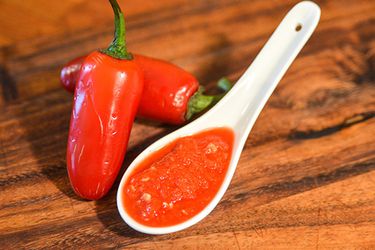 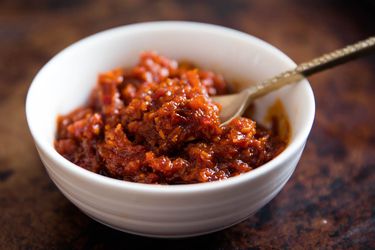 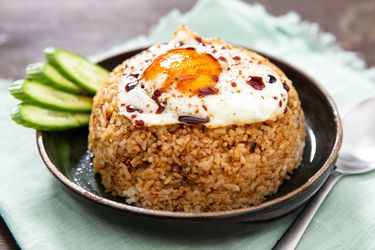 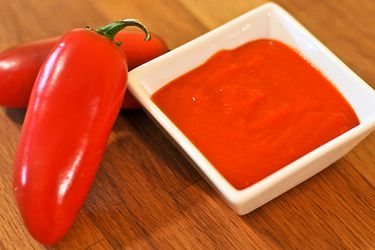 How to Make Sriracha from Scratch 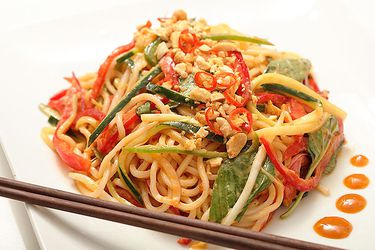