To this day, the combination of Colonel Sanders' "11 Secret Herbs and Spices" and the fluffy biscuits with honey butter are pure ambrosia to me. The sight of Kentucky Fried Chicken's red-and-white striped bucket made me salivate, and in my heart of hearts, I wanted to believe that the spirit of the Colonel guides the hands of the cooks in those deep-fryer filled commercial kitchens.

What 11 spices made that secret extra-crispy, deeply burnished, nubby chicken taste so gosh-darn good? And the biscuits! What was going on in those industrial ovens? Surely there was a divine presence there, clad in a white suit and black string tie.

I've written about my obsession with biscuits before. About how, from a young age, I would scour cookbooks and magazines and old family cookbooks in search of the perfect combination of flour, baking powder, baking soda, butter, and buttermilk that would somehow alchemize in the oven and produce golden-topped, fluffy, flaky, melt-in-your-mouth biscuits.

After much trial and error, I hit on what I think is "The Best Biscuit Ever," but each time I bake a batch, and this happens on a nearly weekly basis, I look for further improvements.

This latest incarnation, still inspired by the Colonel, is a slight tweak on my working recipe. To achieve a well-layered, tall biscuit, I pat the dough into a 10-inch rectangle, then fold it into thirds. This procedure is repeated twice more before stamping (never twisting!) the biscuits out and arranging them on a baking sheet. The biscuits rise and rise in the scorching breath of a 425°F degree even and emerge tall and impossibly flaky.

For breakfast, I normally use a 2-to-1 ratio of all-purpose to cake flour, but, since these biscuits were intended to hold a hearty piece of fried chicken, I use all-purpose exclusively. The biscuits still melt in your mouth, but are structurally sound enough to function as sandwich bread.

About the fried chicken; this month, due to photo shoots and dinner parties, I've made fried chicken eight times, but it simply doesn't produce palate fatigue. For these events, a whole chicken cut into pieces has been the starting point, however, more manageable pieces were a must for this construction. I opted for chicken thighs, preferring the richer flavor and the guarantee of juicy, tender meat, no brining necessary.

I start with bone-in, skin-on chicken breasts, then remove and discard the bones. It sounds fussy, but a sharp knife or kitchen shears make quick work of deboning the pieces, and, if they look a bit frayed, the golden crust will conceal it all, so don't worry if your butchering skills are subpar.

Once the bones have been removed, the chicken pieces are dipped in buttermilk punched up with lemon zest and juice. After their liquid dip, the chicken pieces are dredged in flour seasoned with garlic powder, onion powder, paprika, black pepper, cayenne pepper, and dried thyme. No, there are not 11 spices, but this six-spice blend produce chicken with a crisp mahogany crust that's bold and incredibly seasoned.

I would always leave KFC with a large handful of honey butter packets, which I rest on the warm chicken bucket so it'd soften and melt by the time I sat down to eat. I would carefully tear off a tiny corner of the packet and squeeze it out onto the biscuit, where it'd disappear into its crevices. There is, of course, honey butter in this recipe, which you must not omit if you want the full effect. 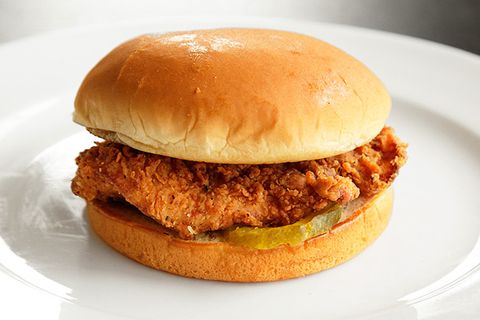 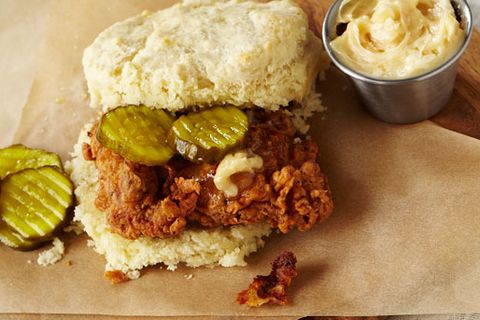 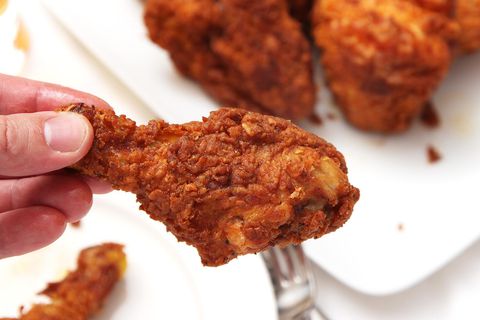 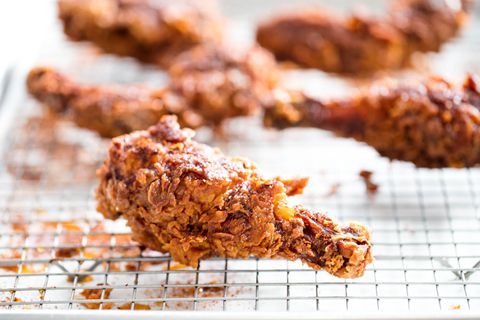 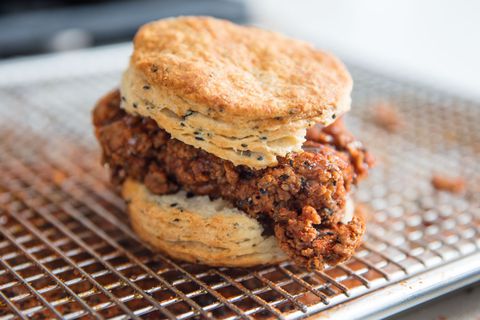 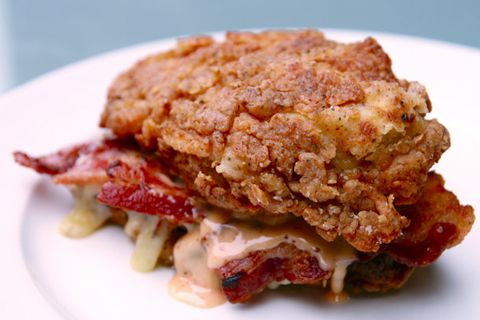 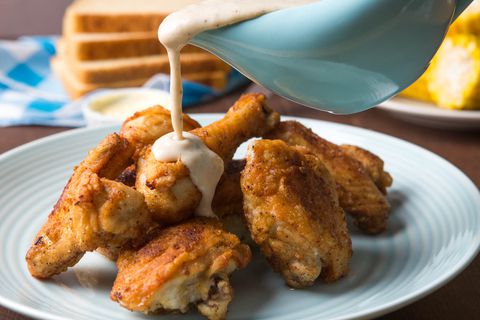 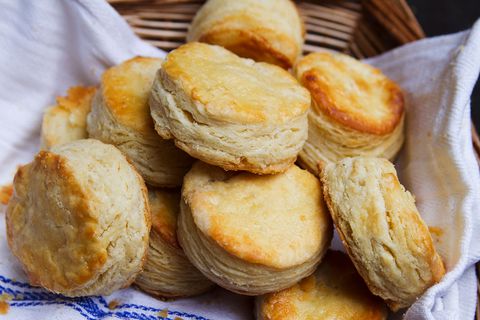 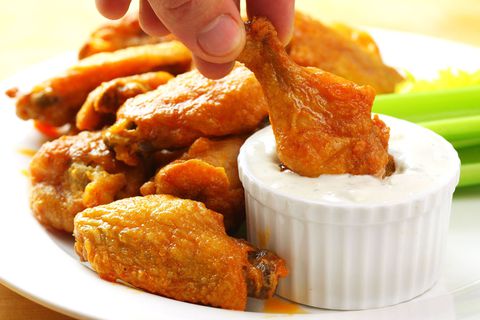 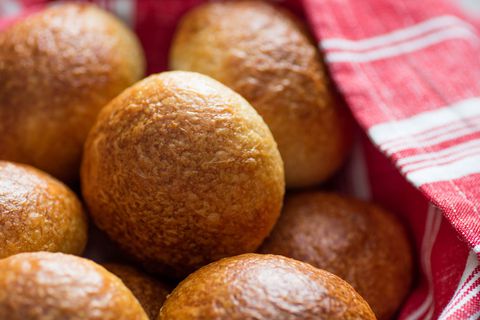 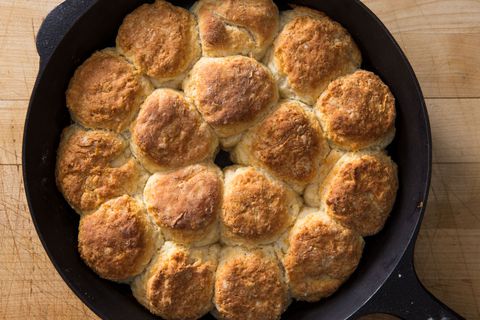 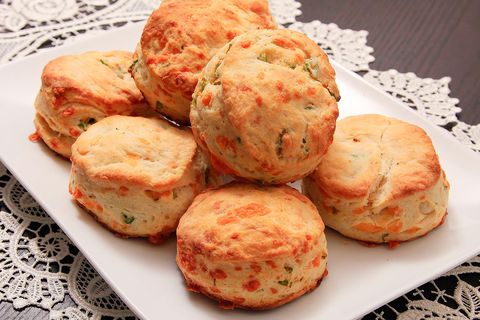 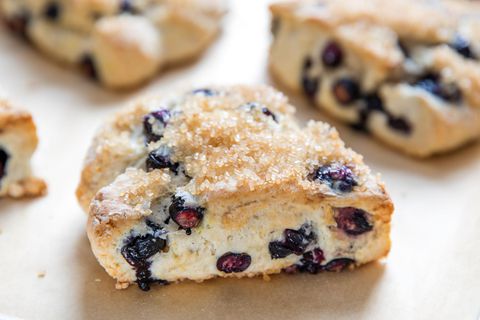 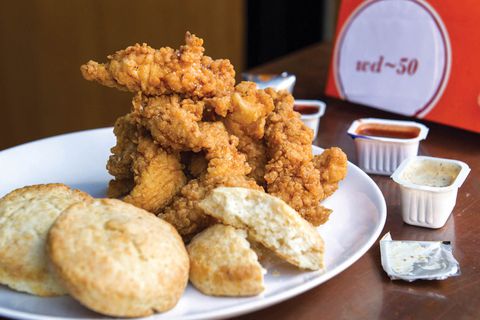