I've had this idea griddling in my brain for quite a while now. New York and Chicago both have a proud hot dog culture that highlights all-beef, natural casing franks. But whose dogs are really better?

Sabrett is the New York area's most common brand, and Sabrett and I go back a long way—ever since I'm old enough to remember, actually. I grew up eating Sabrett dogs from the street vendors or from Mike's Papaya, a Gray's knockoff up on 110th and Broadway.

"it's still a steal, considering that their hot dogs are 'tastier than filet mignon'"

I smiled in silent joy when I first visited the Sabrett website and noted that my old chef Ken Oringer is quoted on it as saying that a Sabrett dog with mustard and onion sauce on it would be his last meal. For an entire decade, when I was living in Boston, the first and last meal I had every time I visited New York was a Recession Special from Gray's—that'd be two griddled hot dogs and a papaya drink. Guess who makes their hot dogs? When I was younger, you could get that meal for under a buck fifty. These days it's up to $4.95, but it's still a steal, considering that their hot dogs are "tastier than filet mignon" (just ask them!).

I sometimes startle myself awake at night, smacking my lips as I lift my head from a small moist spot of drool on the pillow. If I described the images going through my mind, a Freudian might interpret them as an extreme case of Kastrationsangst, but no, those are crisply griddled Sabrett franks snapping between my teeth, their natural casings popping with smoky, garlicky juice.

So it was that I stood in a gobsmacked, wide-eyed shock when I ordered my first hot dog at the Shake Shack, one of New York's finest, most upstanding burger establishments, only to discover that the dogs they were serving were not only split in half (thereby destroying all that a natural casing has to offer), but that they were not even New York-style hot dogs! Chalk it all up to a Midwesterner to pull a stunt like that.

So What's the Difference?

As a New Yorker, loving a Sabrett dog (or OK, Nathan's, if you really must) is not a choice. It's not an off-hand remark, an opinion to be tossed around as lightly as stating your preference for breakfast cereal or beer. It's a moral obligation, a civic duty that ranks as high up there on the list of Things All New Yorkers Must Do, like getting annoyed at sidewalk-walkers who hold hands side-by-side or or poking fun at Chicago pizza culture.

Of course, Chicagoans have their own sense of civic duty, and having tasted some of the Midwest's finer wieners, I can begrudgingly admit that it's not without merit. For one thing, finding a great hot dog in Chicago is actually far easier than finding a great hot dog in NYC. Nearly every self-respecting Chicago establishment serves natural casing dogs—essential for the snappiest texture and the juiciest meat,* and most are high-quality brands like Vienna Beef that make their dogs from whole cuts of beef.

Chicago hot dogs have an Old World flavor with a distinct sweetness and mild spicing dominated by warm spices. Their cooking method varies, and you can find them "dragged through the garden" with a slew of toppings stuffed into a poppy seed bun, but as those more Chicago-savvy in the office have pointed out, this is not required, nor even typical. You'll find plenty of celebrated hot-doggeries that serve 'em with nothing but mustard, onions, relish, and sport peppers (see our favorite hot dogs in Chicago here).

*For the uninitiated, natural casing dogs can be identified by their slightly curved shape and ends that look like tied-off balloons. Skinless dogs will be perfectly straight and have ends with creases that look a little like plaster casts of a belly button.

"Skinless franks not only lack snap, they also lose flavor"

In New York, on the other hand, it's become nearly impossible to find an actual natural casing frank in the streets—most vendors long ago switched to cheaper skinless franks, which are made by cooking the meat mixture in a collagen casing that then gets stripped off. Skinless franks not only lack snap, they also lose flavor as they sit in their hot water bath over the course of a few hours. If you want to get a real old-school New York hot dog, you've got to make your way to a Papaya King, a Gray's (currently only operating on 72nd and Broadway!), the Nathan's on Coney Island, or the lone hot dog vendor on 27th and 7th who has requested that his name not be revealed (seriously).

When they're at their best, New York dogs should have a snappy casing and insanely juicy—some might even say wet—interior, strongly but simply flavored with paprika, black pepper, garlic, and smoke. They come with mustard and sauerkraut or stewed onions. (Get ketchup if you want. Want to be shunned, that is.)

While the rivalry may not be as epic as, say, that of their respective styles of pizza (for which, by the way, there is no real contest), their styles are still distinct enough that a lover of one can and will defend it to the death. The idea? Pit the archetypical New York brand Sabrett (who provides both Gray's Papaya and Papaya King with their dogs) against the King of Chicago dogs, Vienna Beef. And to make it really fair, we'd perform the taste tests twice, once in each city with two groups of tasters.

To set up the taste test, I ordered cryovacked packages of both Vienna beef and Papaya King natural casing frankfurters and had them shipped to the office. We cooked up the dogs by placing them on sheet trays and warming them in a hot oven (I figured that griddling would be too difficult to do evenly and would introduce too many confounding variables to the taste test). The hot dogs were cut in half (any smaller and we'd risk a taster not getting an end piece, essential for proper snap evaluation) and served with mustard.

Tasters were asked to rate the snappiness of the dogs, their saltiness, and their overall flavor on a scale from 1 to 10, and were then asked to leave detailed comments.

I entered the results in a spreadsheet, joyously ticking off all of the high marks the Sabrett's were getting carefully making sure that I remained totally unbiased and scientifically rigorous in my method before hitting the "calculate deliciousness of franks" button,* and hot dog! We have a wien...

*I created a custom Google spreadsheet macro just so i could have a button that said this.

No matter how many times I crunched the numbers, the results ended up the same: New York's hot dogs did not totally trounce Chicago's as I expected them to. In fact, within each city, the average scores were neck and neck.

Unsurprisingly the New York-based tasters picked Sabrett as the overall winner, with a score of 8.1 versus Vienna Beef's 7.7. Chicagoans also ranked their own dog on top, with a score of 8.0 versus the 7.6 they granted to Sabrett. It seems that with hot dogs, overall quality—the juiciness, the snap, the meaty bite—is far more important than the details of flavoring. In both cities, tasters seemed happy to chow down on a frank whether it was flavored with garlic and paprika, or with warm spices. "They are both delicious and I'd be happy eating either," wrote one in all caps on the top of a tasting sheet.

But many were surprised with their own answers. One remarked that despite one sample "tast[ing] like summertime and childhood. (I know you!)," they were still "uncomfortable" with how much they liked the other.

I told you people are proud of their hot dog loyalties, didn't I?

Others resorted to sexual metaphor (difficult to resist during a hot dog taste test). Of the extra-snappy casing on the Vienna Beef: "Play hard to get all you want, little doggy. We both know you're going to give it up in the end." The Sabrett was a little less coy. "Nice snap, but easier. You want me? Take me! says this hot dog."

There was one thing that seemed undeniable across the board: Vienna Beef produces firmer, more "stuffed"-tasting hot dogs, while Sabrett's are more tender and moist. How tasters interpreted these textures varied, with both dogs getting equal votes as the "meatier" of the two.

The best comment of all? "Both of these wieners are winners." That about sums it up.

So it seems that, with all else being equal, whether you prefer a proper New York dog to a Chicago one or not is largely a matter of how you like your spicing. That said, it's getting increasingly difficult to find a proper New York hot dog and for this fact alone, it's safe to say that Chicago is a better hot dog city than New York, and that's the honest, straight-from-the-mouth-of-a-New-Yorker-who'd-never-admit-to-liking-Chicago-hot-dogs unbiased truth of the matter. Science.

You win this time, Windy City, but I'll be back, next time with an entire army of wieners. 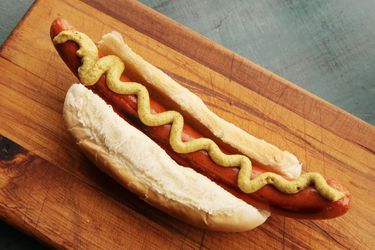 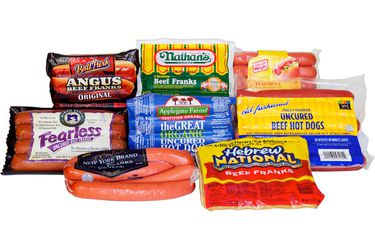 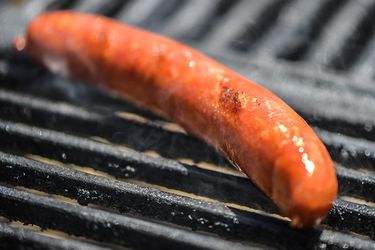 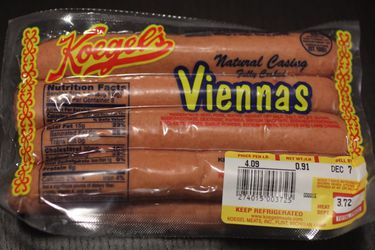 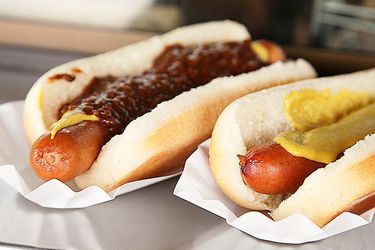 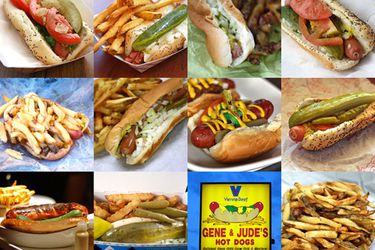 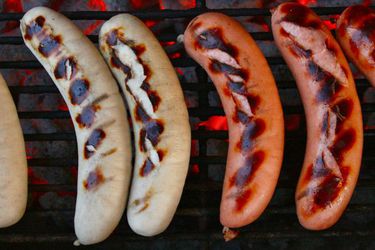