When Gourmet closed up shop in 2009, editor-in-chief Ruth Reichl was just as blindsided as the magazine's thousands of dedicated readers. In My Kitchen Year, Reichl revisits the institution's traumatizing collapse, interweaving her account of the difficult days and months that followed with the recipes that reinvigorated her connection with food, cooking, and the meditative space of the kitchen.

If you're envisioning a collection of comfort food recipes, you're not wrong. Then again, Reichl's definition of comfort food—much like the vignettes that accompany each dish—is deeply personal and wide-ranging. The book, organized by season, celebrates everything from French toast and hamburgers to garlicky Korean bulgogi and ma po tofu. I'm especially looking forward to a bite of her allium-studded grilled cheese and a delicate plate of Eric Ripert–inspired sea urchin pasta. But Reichl doesn't just invite you to cook her recipes—she urges you to cook and experience them with her. "And if you want to continue the conversation," she says, "just send me a tweet."

I asked Reichl about her personal cookbook collection (enormous), her thoughts on what makes a dish comfort food (it's you!), and the writers and chefs who inspired her latest project.

In My Kitchen Year, you share the foods you ate during a transitional, often challenging time in your life. But the recipes aren't necessarily what most people would think of as comfort food. Can you talk a little about the difference between comfort food and cooking for comfort? It's funny, everybody talks about the book as being filled with comfort food, but that isn't something I'd thought about going into this. If I'd set out to write a comfort food cookbook, I might have picked out different recipes or thought about them in a different way, but this was really just what we happened to be eating when I looked back on that period of time.

To me, all cooking is cooking for comfort. I find the act of cooking incredibly soothing and meditative—it kind of doesn't matter what I'm cooking. When I think about what makes something comfort food, it really varies from culture to culture and person to person: They're mostly the foods that are most familiar to you. So to me, congee is a comfort food, but ten years ago it wouldn't have been. A lot of things become comfort foods as the culture expands and our appetites broaden.

Is there a recipe that you feel captures the triumphant "I did it!" sensation of finishing your book? To take a recipe from the book, I'd have to say gnocchi. It's a dish that took me a long time to get just right. In the course of testing and re-testing and re-testing for this book, I finally got it. It was when I was making the dish for the photographer that I suddenly realized, "Oh, I've mastered this! This is great, they're so beautiful, they didn't all float apart. They're light as clouds, and they're fantastic."

In your introduction, you say, "To me, recipes are conversations, not lectures." Are there any particular cookbook authors who inspired this open, democratic approach to cooking? When I first started cooking, there were two main cookbook models. The first was Julia Child, but while her recipes really work, I just can't cook like that. And then there was Elizabeth David, who was exactly my kind of cookbook writer—she highlights great ingredients and the best ways to put them together. It was really early on in my life as a cook that I realized I didn't want to be dictated to: I wanted to have a conversation with the person who wrote the book, I wanted someone to send me out into the world with some ideas and ask me to make them my own. So I guess I would say Elizabeth David was my inspiration in this endeavor.

You've been in the industry for a long time. What does your cookbook collection look like? I've been writing about food for almost 40 years, and you can't not have thousands of cookbooks. I've got walls in my apartment in New York and my house upstate. There's no room, they're triple-shelved, they're a mess—I can't find anything ever, but I also can't bear to throw them out. For many, many years, I'd go to thrift stores and buy old cookbooks, so my collection ranges from food history to really arcane books, and I love them all. I almost never cook from any of them, but I love having them around me; they're great friends, and I read them for fun. I'm always coming upon something I'd forgotten I had, like a 1932 Junior League cookbook from Mississippi.

Do you have any favorite books in your collection that you'd recommend to our readers? I don't think anyone writes more beautiful recipes than Fergus Henderson. I don't do a lot of cooking from his books, but I love to read them. The Whole Beast: Nose to Tail Eating is pretty great. There's something very relaxed in the way that he writes, especially given that he's actually a chef—not like me, who's just a cook. He writes in this very uncheffy way.

What about lesser-known cookbooks that you think deserve more love or recognition? I'm horrified that more people don't know about Édouard de Pomiane. He was a French scientist who had a cooking radio program in France all through the '30s, and one of the only books of his that's been translated into English is called French Cooking in Ten Minutes, but I think everybody should read it. It's so sensible and unscary, and his recipes really work, and he's kind of the anti-chef. But his books are lovely, and they're very conversational.

Sounds like a great introductory read. Are there other cookbooks that you'd recommend for beginner cooks? Everyone knows Marion Cunningham's breakfast book, but she also wrote a book called Learning to Cook With Marion Cunningham that I love. Before she started writing, she put up signs all over her neighborhood offering to teach beginners how to cook. She spent two years working with people with no cooking experience, and she learned so much. She had one guy who said, "I did everything it said when I tossed the salad: I put the salad bowl on the other end of the kitchen, and I threw the leaves in, but the salad didn't work." In other words, she realized that there's a language experienced cooks use and assume all people understand, but they often don't. Her book is wonderful; I'd give it to any beginning cook.

I know your son recently graduated from college. What cookbooks did you send with him his freshman year? Oh, definitely The Gourmet Cookbook. Those recipes really work—the Gourmet test kitchen tested those recipes to a point of literal absurdity. It's a fantastic resource. 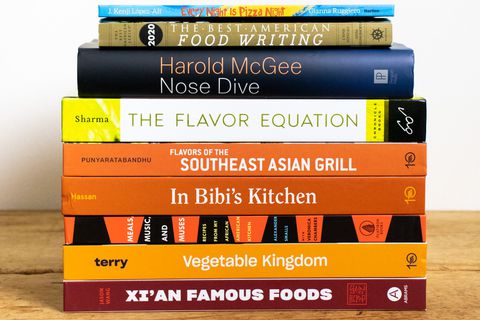 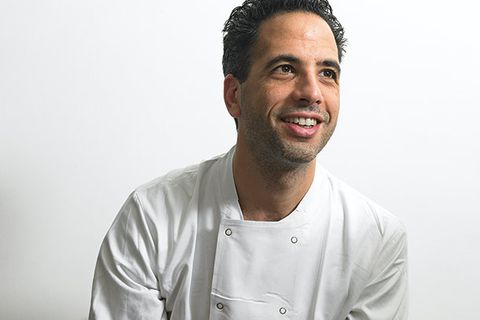 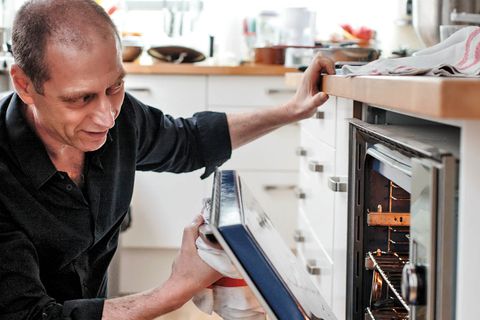 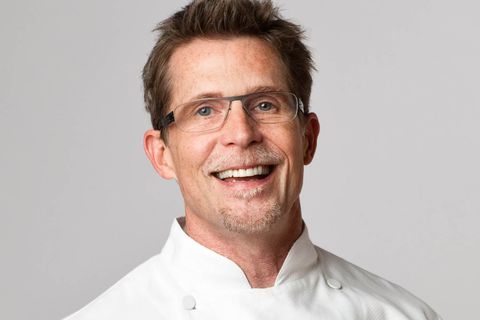 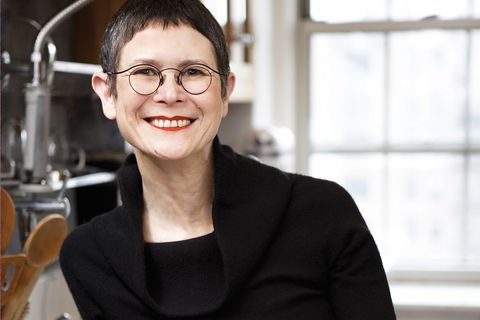 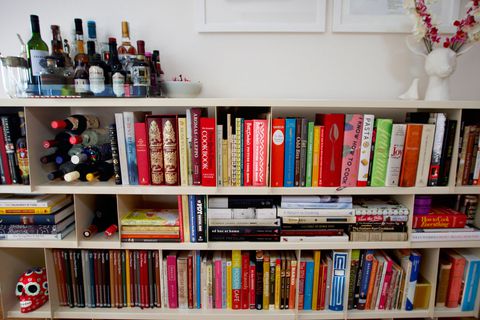 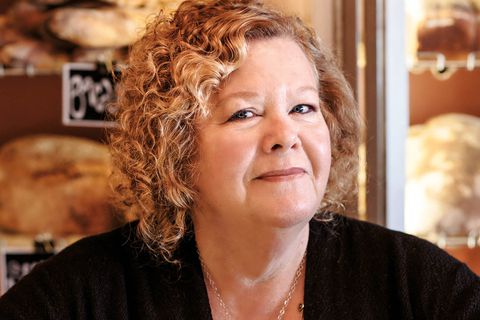 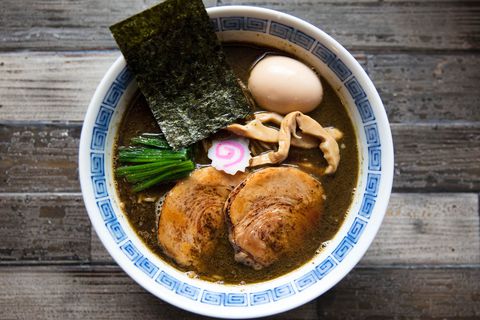 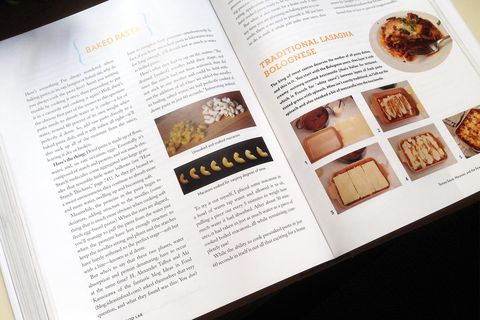 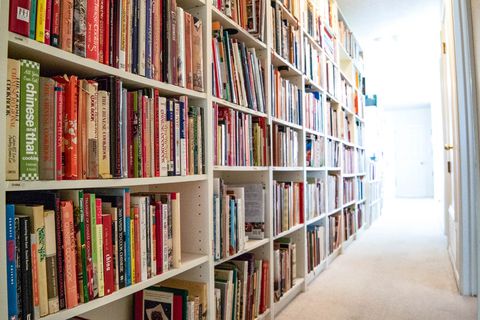 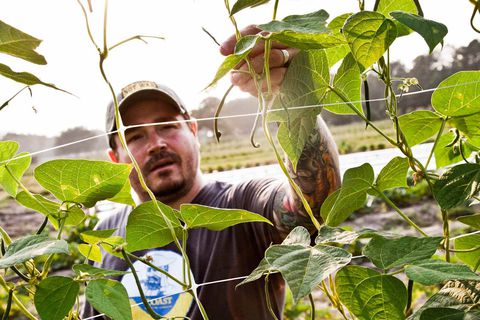 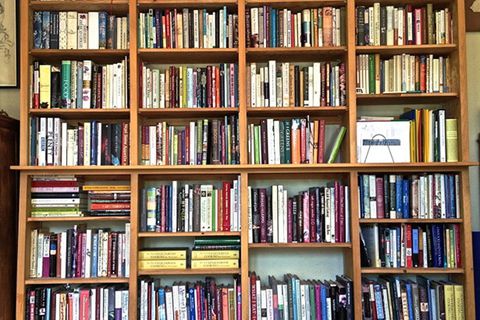 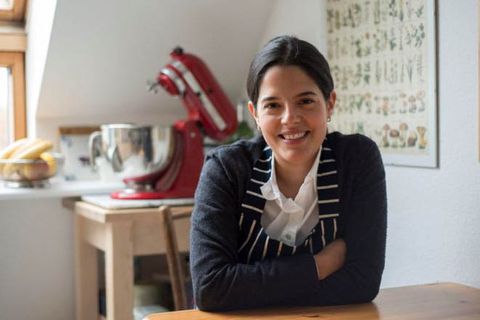 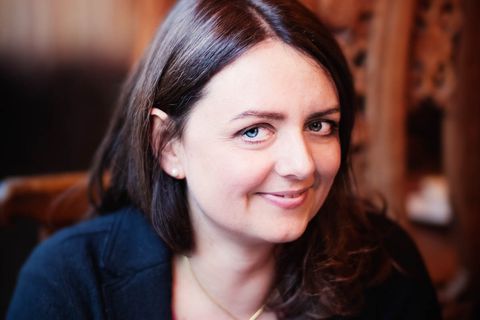 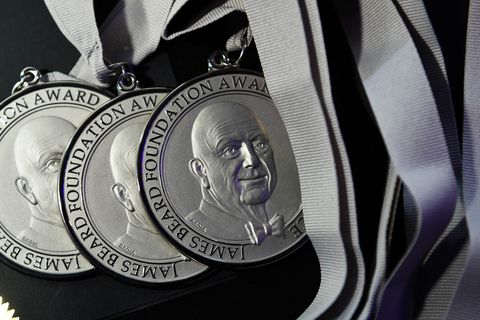