A vintage cocktail that's all about the Scotch.

Perhaps this 50-50 combination of Scotch and Drambuie reminds you of your grandfather's poker nights. Or perhaps your grandmother drank them between Camels. Nevertheless, you probably think of the Rusty Nail as an old person's drink, a quaff too musty even for Mad Men.

It doesn't have to be this way. Drinks with these two ingredients date to the 1930s under a variety of names as David Wondrich recounted for Esquire: the B.I.F., the D & S, the Little Club No. 1. No one knows where or when "Rusty Nail" originated, but by the 1960s, the name had stuck.

Though the modern version calls for equal parts, earlier versions were drier, calling for substantially more Scotch. This is where you'll start. David Wondrich suggests 2 ounces Scotch to 1/2 ounce Drambuie, a 4:1 ratio. That's what I like, too. Want to add a dash of Angostura in there? Trust me, it won't hurt a thing. 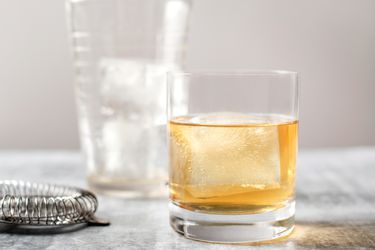 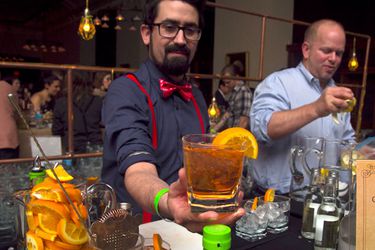