Rompope and Coquito: Holiday Drinks from Mexico and Puerto Rico

Rompope is an eggnog-like combination of milk, egg, spice, and liquor, served during the holidays in Mexico, with some variations in name and ingredients popping up across Latin America.

The first rompope was brewed by nuns in the Santa Clara convent in Puebla, Mexico in the 17th century, a derivation of Spanish ponche de huevo. At the time, the Catholic Church was prominent in government and society, and convents often hosted visiting officials and religious dignitaries. As such, fine cuisine was developed in the cloisters with the Clarists garnering much acclaim for their confections and sweets.

Legend has it that one Sister Eduviges requested that the nuns be allowed to enjoy the rompope they had previously only been able to make. They say that even though the recipe is known to contain milk, egg yolks, spices, sugar, and aguardiente or rum and occasional additions like ground almonds or pine nuts, there is one secret ingredient that remains with Eduviges.

Rompope is served chilled, often over ice, but, the drink is also popular in Nicaragua, where it is served warm as well—I actually prefer it this way when the cold weather sets in. Either way, romope is rich and velvety, fragrant, and certainly full of cheer.

Coquito, the Puerto Rican version of eggnog, brings a refreshing and tropical twist to the season. The concept of a milk drink thickened with eggs and loaded with rum is the same, but with a few tweaks: sweetened condensed milk acts as sweetener, evaporated milk adds body, and of course the island influence is asserted with coconut milk.

Rompope and coquito are poured and shared on nochebuena (Christmas Eve) and given out as gifts in festively wrapped bottles, but will fit in at any holiday celebration. 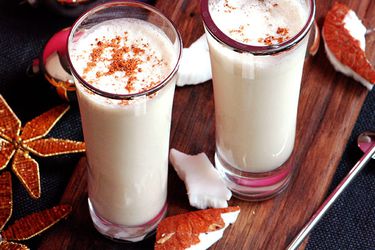 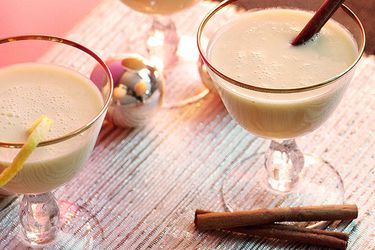 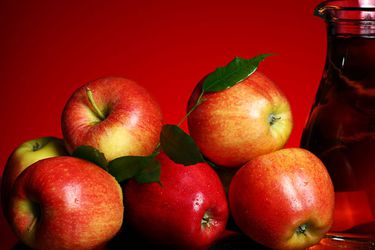