Point is, there are any number of reasons you might have for not wanting to roast an entire turkey for Thanksgiving, but nobody should be deprived of juicy meat, crispy skin, and turkey-saturated stuffing on that day, am I right?

My initial thought was that since I already have a great method for Spatchcocked Roast Turkey, and a roast turkey breast is essentially a spatchcocked breast without the legs, I should just be able to use the exact same technique, throwing the breast on top of a casserole dish full of stuffing to catch the drippings. I tried it, using my Traditional Sage and Sausage Stuffing recipe, and rubbing my turkey over and under the skin with some herb butter.

Simply cooking a turkey breast is far easier than cooking a whole turkey, since you only have a single final target temperature in mind, instead of having to worry about legs and breasts cooking at different rates. As soon as that breast is at 150°F, you can pull it out of the oven and let it rest.

About halfway through cooking, I realized there was a problem.

While my stuffing was already pushing 180°F and starting to char around the edges, the turkey breast was not even close to finished. It still had a good 30°F to get up to my 150°F target temperature.

On top of that, the butter in the stuffing, combined with the sausage fat, and the rendering fat from the turkey breast made the stuffing unpalatably greasy—there was a huge pool of oil on top of it. This greasiness is exacerbated by the fact that if the stuffing gets much above 160°F or so, the eggs I use to bind it will curdle and break, squeezing out the fat that they were initially trapping.

Fortunately, the solution was relatively simple.

First of all, I decreased the butter content of my stuffing, figuring that what renders from the turkey will make it plenty rich.

Second, I decided to just remove the turkey breast half way through roasting, and let it finish on its own. Once it had cooked, I then took all those exuded pan juices and poured them right back onto the stuffing.

Since the turkey needs to rest for about 20 minutes anyway to make sure that you don't lose all its juices, this gives you ample time to throw that stuffing back into the oven to crisp up on top and reheat to 160°F. The stuffing comes loaded with turkey flavor, but if you want even more, make sure to stuff the cavity under the breast and under the flap of fat near the neck with stuffing as well before you start to roast.

The best part? The whole process goes from fridge to table in under two hours. How's that for a fast holiday meal? 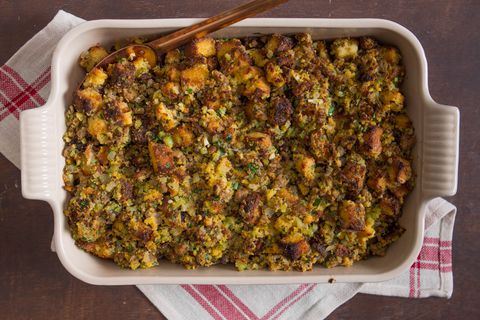 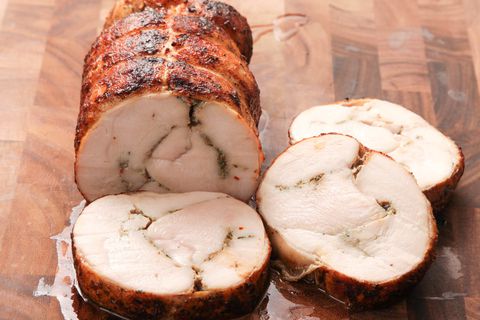 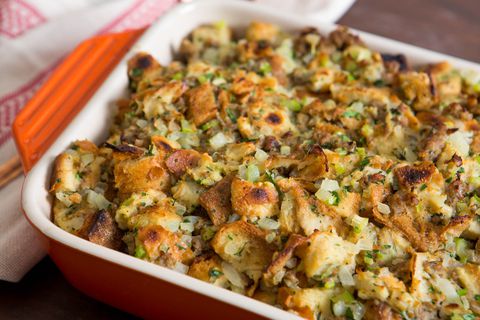 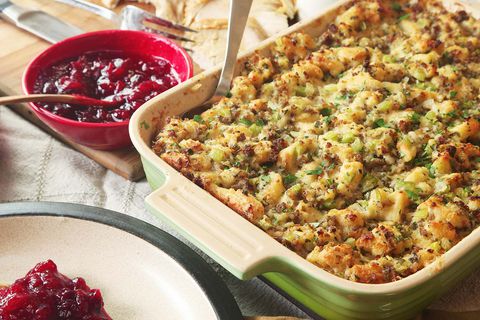 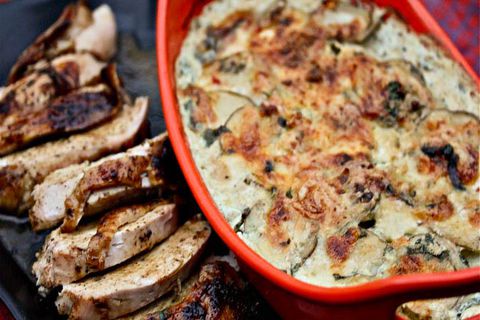 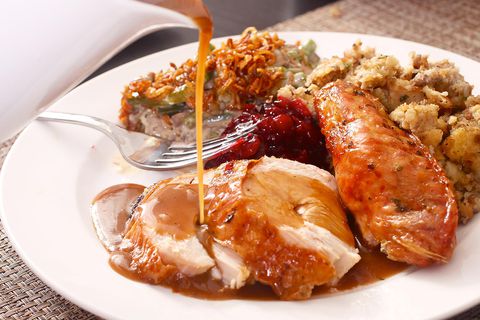 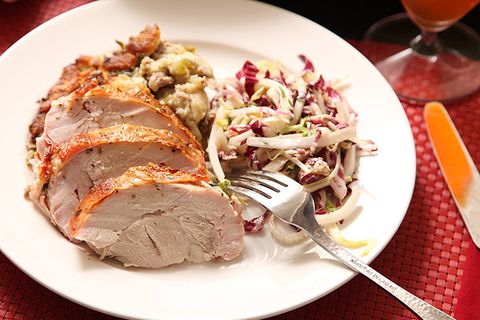 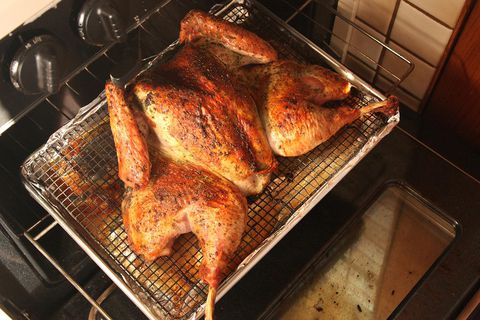 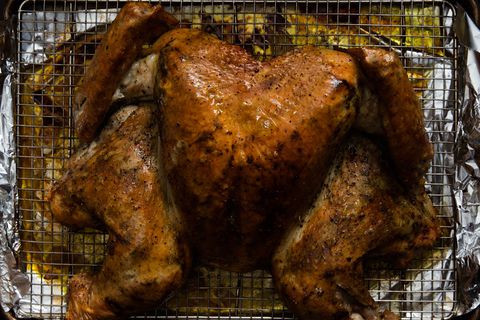 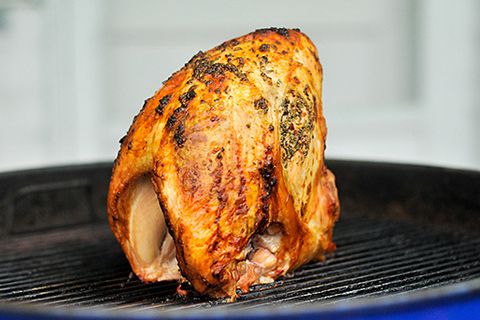 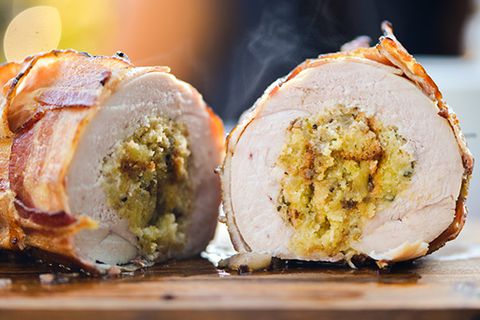 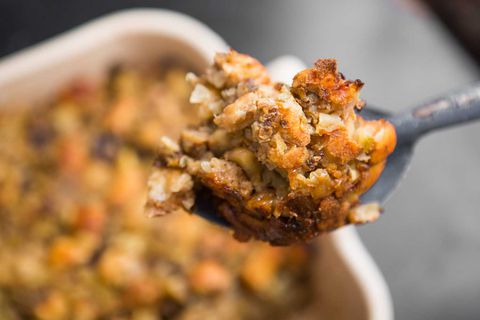 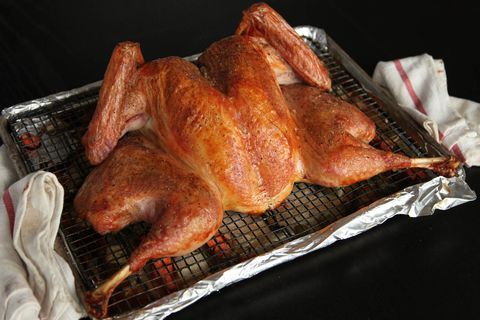 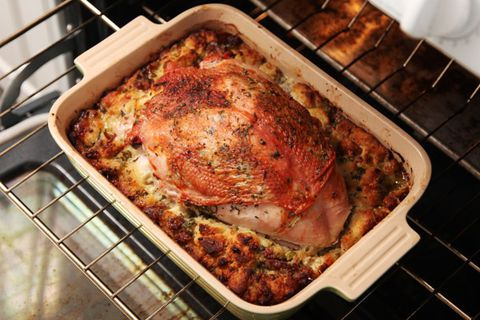 Roast Turkey Breast For A Small Gathering | The Food Lab 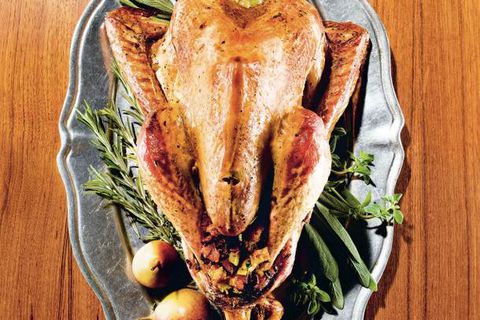