Welcome to our new weekly column "Down South," by our man Jed. He'll be reporting on barbecue, fried chicken, and more of our favorite Dixieland eats! —The Mgmt.

It was a rainy day in a part of Tennessee that already tends toward the foggy and cool. It was 7 p.m. and getting dark. The road was empty, with hills and trees and dewy ferns tight on each side. Though I wasn't far from the cities of Bristol or Johnson City, Tennessee, these felt like woods that my great-great grandparents, who lived on a farm just up the road, would have recognized.

Then I smelled hickory smoke.

Smoked meat has been a part of daily life in southern Appalachia for about as long as there have been people there, but smoked meat in a sweet, tomato-based saucewhat we'd call "Tennessee-style" barbecueis most popular eight hours to the east in Memphis. Ridgewood Barbecue, which has been been tucked into the the side of lonely Bullock Hollow since the mid-1950s, straddles the gap between Memphis and Appalachia with its signature smoked ham.

The hams at Ridgewood come from nearby Bristol, Tennessee, or Knoxville. When they arrive at the restaurant, they're smoked for nine hours, then rubbed with spices and chilled overnight. The next morning, they are shaved into thin, white slices. As customers arrive for lunch and dinner, the kitchen warms piles of shaved ham on a flat-top grill out front. Handfuls of ham are coated with barbecue sauce and piled on sandwiches or plates for customers.

The recipe for the sauce is a closely-guarded secret known only by two members of the founding Proffitt family. It is only written on paper when it comes time for one Proffitt to teach the next to make it. Once the knowledge has been passed on, the paper is burned. Both of the managing Proffitts have other jobspatriarch Larry is a pharmacist and daughter Lisa is a registered nursebut, then again, so did founder Jim Proffitt, who paid the bills with shifts at the local rayon plant while his wife ran the restaurant.

The practice of reheating the ham before serving it gives it a texture like that of dry lunch meat, with crispy edges. It certainly isn't the pulled-pork eaten to the east and west, or the country ham found all over East Tennessee.

But the flavors at Ridgewood are the flavors of southern Appalachia. The most dominant is a deep, comforting smoke that's unfettered by too much spice. It's in the meat and, to a lesser extent, in the sauce. It's also in the pork-studded beans, served in clay pots, which are thick and sweet and oniony.

I ordered a barbecue platter. It came with ham and brisket (half and half, per my request), a handful of fresh-cut, skin-on french fries, a couple of rolls, and coleslaw. The coleslaw was classiccreamy, fresh, and not too flavorfuland the rolls looked and tasted store-bought. The highlight of the platter was the meat, by far, though the french fries made an appropriately starchy foil to its sticky-sweet smokiness.

The waitress also brought a dish of blue cheese dip, which is a famous side at Ridgewood but not a favorite of mine elsewhere. It came on a plate rimmed with Saltine crackers, for dipping. And, simple as it was, I liked it. The blue cheese flavor is sharp but clean, not as rich or as murky as it can be.

There's no other barbecue joint in the country quite like Ridgewood. And while I can see how its sliced-ham barbecue might trouble the purists, it does enjoy a good reputation in its part of Tennessee. The place was packed right up to closing on a Saturday night, with a line out the door. My waitress told me that she sees out-of-town visitors all the time, but all of the customers I met while waiting for my table were locals. Some had been coming to Ridgewood for decades.

As I stood up to leave, an older man at the table next to mine, who'd been watching me take pictures of my food, called me over. When I explained what I was doing, he replied, "I thought so." Then, "I hope you give it a good review. I don't know how you felt about your meal, but this place is the best we've got and we love it."

Well, Sir, as I told you face-to-face, I enjoyed it. If the rest of you ever find yourselves in Bluff City, or within a hundred miles, I recommend a stop.

In a world where barbecue styles are less regionally distinct than ever, it's a novelty and a comfort to find a restaurant with a truly unique take on America's first food. What's most worth your time is when, as in this case, the food is both novel and very good. 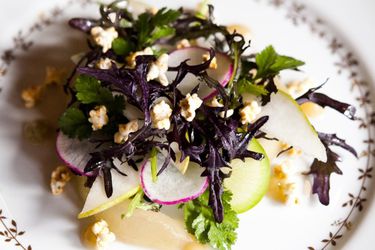 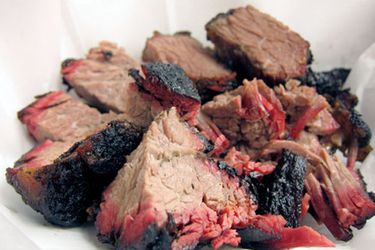 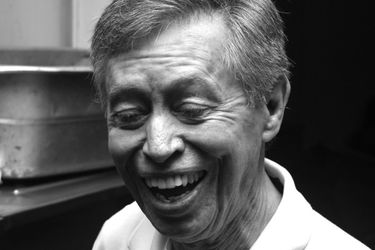