If there's one kind of wine that I love to always have around home, it's boxed wine. I know that sounds strange, but I have a reason: I use it for cooking. Cooking with wine can be tricky, because recipes may call for a half cup or two quarts. It often leaves you in the awkward position of having to decide whether to open a bottle just for that half cup, or hem and haw over whether it's really worth it to pour a large amount of wine into a dish.

I know, this is where most people chime in and say, I'll tell you what to do with any wine that's left over: drink it. And yes, that is sometimes a fun option, but the truth is I don't always want to guzzle wine just because it's open. Boxed wine solves my dilemma. First, there's some pretty decent wine sold in boxes now—some of it good enough to drink and a lot of it good enough to cook with. (We shared a few favorite boxed wines a few years back in case you're curious.) Second, boxed wine tends to cost less than bottles since its shipping costs are lower (transporting cardboard is less expensive than heavier glass bottles). And third, it keeps much longer after opening, thanks to the airtight bags inside the box that collapse as you pour out wine. All you have to do is dispense as much as you need from the spout, and leave the rest for later.

So once we've solved the wine problem, what should we make? These braised beef shanks are a great place to start. I made them using a full six cups of dry red wine from a box, which is roughly the equivalent of two 750ml bottles. That's a lot of wine—and the box is still more than half full!

It's a very simple dish. The shanks are large—my 5 1/2 quart Dutch oven could only fit three shanks side-by-side—so you'll either need a roasting pan large enough to hold them, or you'll have to divide them between two pots (Dutch ovens and straight-sided sauté pans will work).

I start by searing the shanks until browned on both sides. Then I set them aside and cook diced aromatics like onion and carrot until tender. I add the wine, scraping up any browned bits, and simmer it until the raw alcohol smell has mostly cooked off. Then I add the shanks back to the pan and braise them in a low oven until they're tender, which takes about three hours.

Once they're done, I set the shanks aside once more, skim off some of the fat, and then blend the braising liquid and vegetables together to make a sauce, thinning it with a little liquid as necessary. A dash of soy sauce adds some earthy complexity.

It's a great make-ahead dish: like most braises, it gets even better as it sits. Just make sure not to miss out on that marrow in each of the bones. It's possibly the best part. 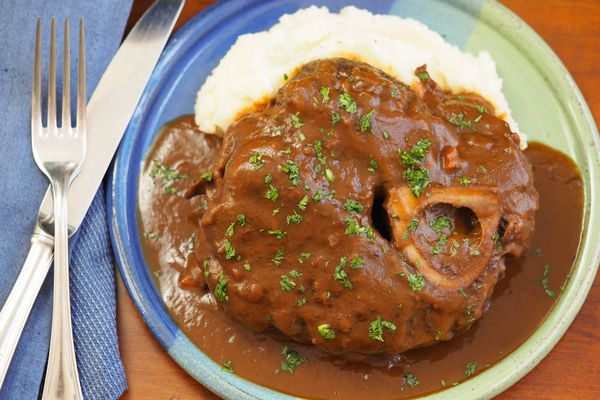 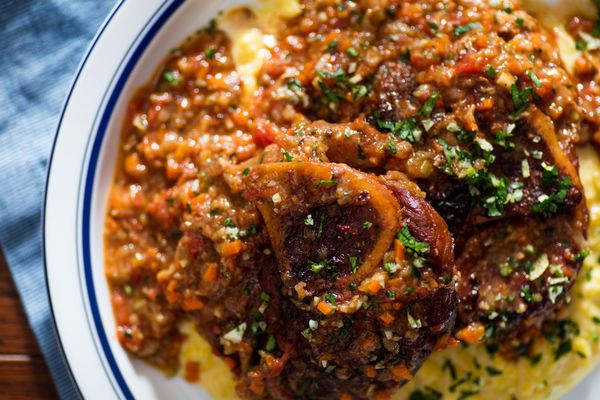 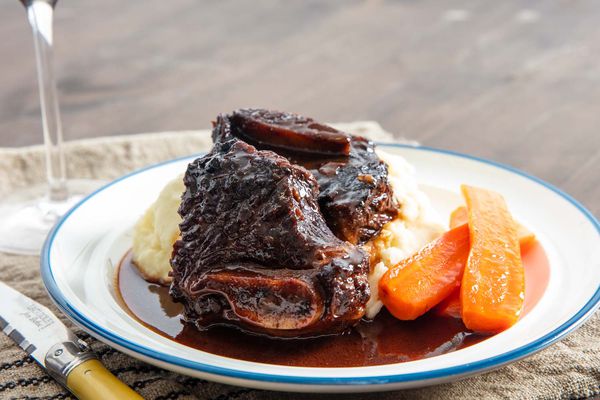 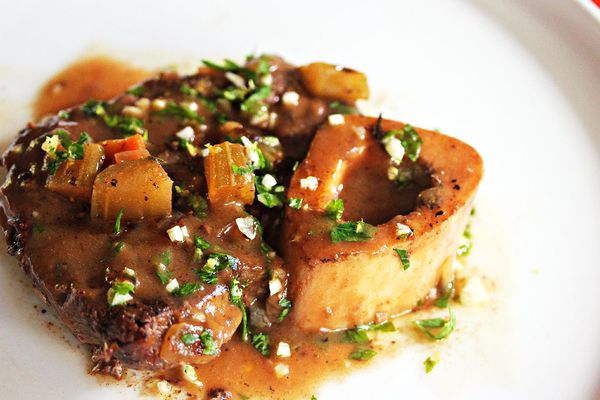 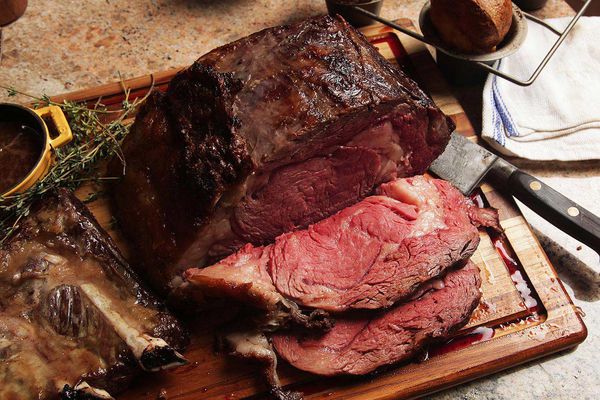 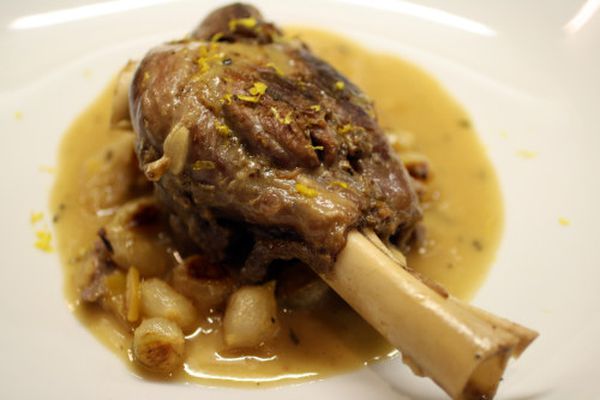 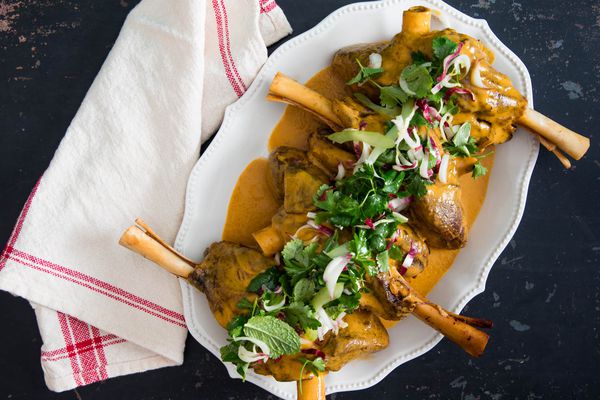 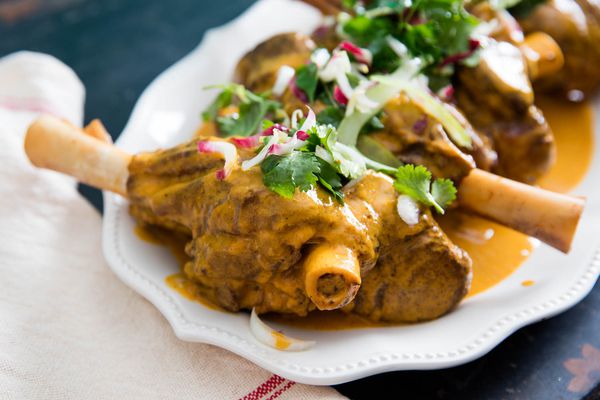 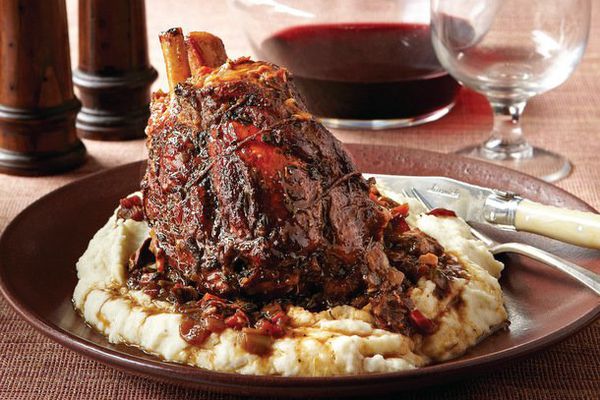