Ok, so I'm gonna pull an Adam and pull out the Truth Hammer for this one. Pardon me as I sputter indignantly in public for a moment.

Was anyone else flabbergasted at the appalling lack of reporting, knowledge, and taste displayed in New York Times writer Jordan Michelman's article about bánh mì modestly titled "Banh Mi In America"?

Reading through it the other night, I was so shocked at the level of ignorance and the misinformation displayed that I was compelled to shoot off an email to Chichi, Robyn, and Tam just to vent.

Never mind that his choices for best bánh mì in the country are... puzzling (you don't have to take my word for it: OC Weekly, The Seattle Times, and SF Weekly have already had a go at blasting his recommendations), or the fact that LA, Houston, Orlando, and Dorchester were all inexplicably left off his "best of the country" choices despite having some of the largest Vietnamese populations outside of Vietnam. My gripe is with the fact that it seems that he doesn't appear to even be familiar with what a bánh mì is. Some examples:

They all begin with a whole baguette, preferably baked in-house and dressed with an aioli spread infused with pork, garlic and fish sauce.

Um... no. First of all, most of the best bánh mì are made from bread baked at professional Vietnamese bakeries. Just as an American deli doesn't need to bake its own rye to make the best sandwiches, neither does a bánh mì shop. The spread on a banh mi is not aioli (as it contains no garlic), nor does it contain pork or fish sauce. At its most basic, it's mayonnaise. More often, it's butter cut with mayonnaise. In fact, fish sauce has no business anywhere near a banh mi, unless it's incorporated into the preparation of the filling. Speaking of filling...

These ingredients then hold a wide variety of fillings: barbecue pork, fried tofu and thick-sliced ham are the most common options, along with pork pâté, grilled chicken, meatballs, sauteed vegetables and, occasionally, whole sardines

I'm not sure where he's finding "thick-sliced ham" in a bánh mì, but he should try a different shop. The ham in a bánh mì đặc biệt (mixed cold cuts) should be thin sliced. And to list tofu as one of the most common options without mentioning the pâté or head cheese in a typical bánh mì đặc biệt is almost laughable in its ignorance. I also defy him to produce a list of bánh mì shops offering "sauteed vegetables" as filling options.

Sorry, first of all, there is no fish sauce in the pickled daikon and radish, or again, anywhere near a bánh mì. Secondly, nuoc cham is not fish sauce. Nuoc cham is a dipping sauce made with fish sauce, lime juice, and palm or white sugar (amongst other optional ingredients). What you meant there, good sir, is nước mắm. FTFY.

they should always be inexpensive -- beware the banh mi over $6.

His bánh mì economics are puzzling indeed. First off, if you're paying more than $4 (or even $3) for a bánh mì, you're at the wrong spot. Not to mention the fact that he then, in the words of one commenter, "goes on to recommend Baoguette's $6 (before tax) bland chain-store sandwich* and Ssam's $10 atrocity?"

After his baffling New York recommendations, Ba Xuyen gets a throwaway mention only in passing.

Speaking of his knowledge of Baoguette...

New Yorkers in search of a cheap lunch visit Baoguette in droves, at one of three locations -- Murray Hill, Wall Street and Gramercy -- for traditional Vietnamese sandwiches

Traditional? Traditional?!? Baoguette doesn't even use bánh mì bread, fer chrissakes! Baoguette serves its sandwich on a French baguette made with wheat flour. It's crusty, substantial, and chewy, and not at all like the crisp and light rice flour baguettes used for traditional bánh mì. Come on, man, this is really basic stuff. Bánh mì 101 type material. The only two explanations I can think of are either that he truly has no idea what a bánh mì is, or that he's never actually been to Baoguette. Either situation is equally remiss.

It's one thing to have bad taste, but to destroy the basic facts in an article about a single food is simply bad reporting and even worse fact checking. It reads like its primary research was conducted by reading Yelp! comments. Here's a tip: next time you plan on writing about something you know next to nothing about, at the very minimum consult Chowhound and Wikipedia. At least you'll get your facts right.

So tell me: What great bánh mì spots were left off of his list? 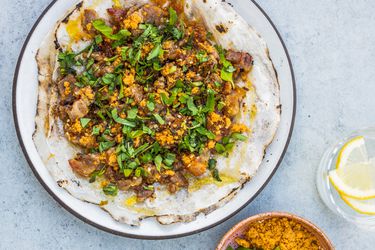 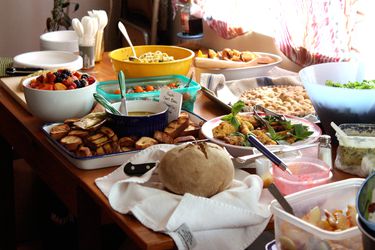