A couple of weeks back I spent a good deal of time developing a recipe for Lasagna Napoletana, a lasagna stuffed with smoked cheese, sausage, meatballs, and a rich, meaty tomato sauce. That meat-packed tomato sauce is known as ragù Napoletano.

As I said in that post, the undisputed king of ragùs is ragù Bolognese, and we've got a killer slow-cooked recipe for you. But if you were to pick a president and el tigre numero uno of the ragù world, it'd be ragù Napoletano, a meaty stew with big chunks of meat and sausages simmered until fall-apart tender in a rich tomato sauce flavored with wine, onions, garlic, basil, and plenty of good Southern Italian olive oil. It's the precursor to the Italian-American Sunday gravy that we know here in the States: just add some meatballs, serve it with spaghetti, and you're there.

While the recipe I developed for that particular dish was based 100% on pork (as is traditional for the lasagna), I figured it'd be a short hop, skip and a jump to adapting the same technique to work with a combination of pork, beef, and sausage, to deliver a true ragù suitable for your Sunday table.

To make it, I start by searing large pieces of pork spareribs and beef chuck in a Dutch oven until well-browned, then add onions and garlic, followed by some red wine (it goes better with the beef in this version than the white I used in the pork-based version), some hand-crushed tomatoes, and some whole stems of basil. After that I park it in the oven for a good, slow cook (the oven produces more flavorful results than stovetop simmering due to the better browning the stew gets on its surface).

As it finishes off, I add some sausages in to cook through for the last half hour or so—sausages can overcook, and I prefer mine with a juicier texture instead of the mushy texture of long-cooked sausage. (If you really want to bring yourself into Northern Jersey or Little Italy, you could go ahead and add some of Daniel Gritzer's excellent Italian-American meatballs to the mix with the sausage.)

After you've put in the time, some really good olive oil, salt, and pepper are the only other things that this sauce needs to achieve pure and simple nirvana. That and a good pasta, that is.

It's very common in Southern Italy to see this sauce served with dried extruded pastas like rigatoni or paccheri (a tubular pasta native to Napoli that has a diameter of over an inch!), but I actually prefer it with a wide, hand-cut fresh tagliatelle or pappardelle. Check out Niki's indispensable fresh pasta recipe to give yourself a project to work on while that sauce slowly cooks.

The only downside of this dish is that eating it doesn't take nearly as long as making it! 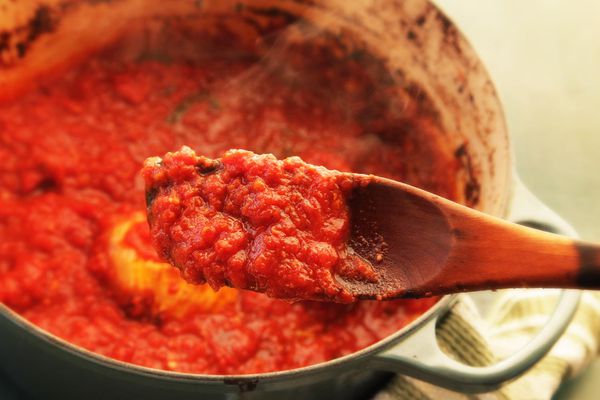 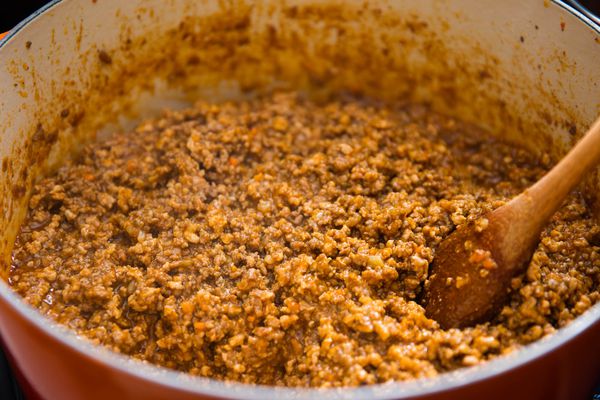 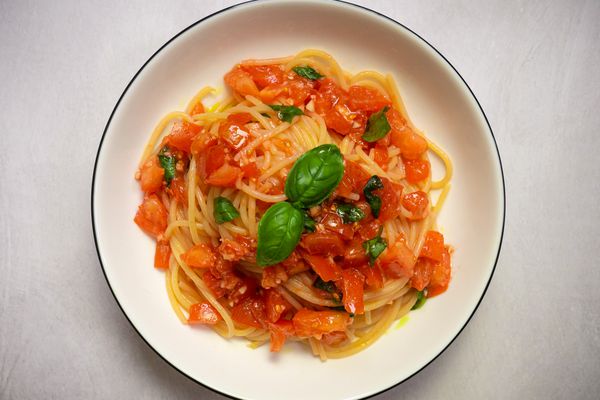 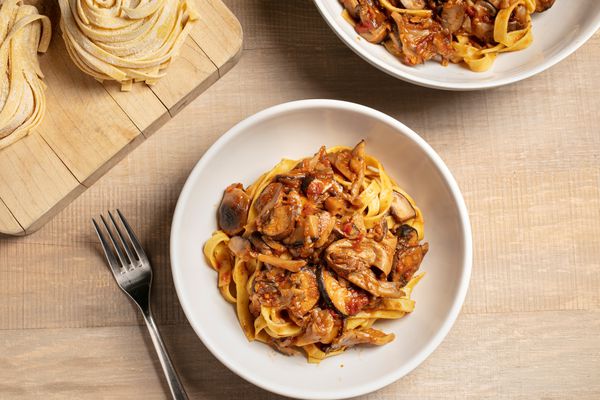