Several months ago I spoke with Forbidden Island owner Martin Cate for an article I was writing about ice and cocktails (the article is in the September/October issue of Imbibe). While talking about swizzles--a classic style of Caribbean drink made with well-packed crushed ice, hence a slow-sipper of a drink--Martin recommended the ancestral swizzle, a true tropical drink that launched countless imitators, called the Queen's Park Swizzle.

Originating at the (now defunct) Queen's Park Hotel in Trinidad sometime in the early 20th century, the swizzle's character lies not only with its abundance of crushed ice, but with it delicate interplay between fresh mint and the dark, smoky flavor of Demerara rum. Relatively fussy, as compared to most basic cocktails, the Queen's Park Swizzle has an alluring flavor that makes the labor worthwhile. Even though the days are growing shorter and the leaves are changing, you can still partake in the classic tropical experience: just put on a flowered shirt, give the thermostat a twist and stick some Martin Denny on the iPod. Somewhere, there's a hammock with your name on it. 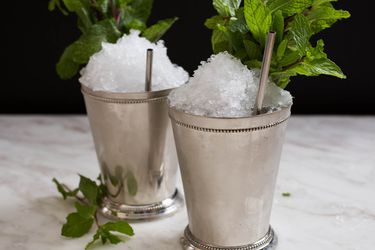 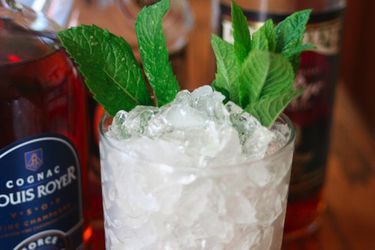 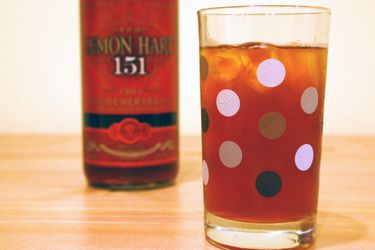