"Some guy came in here once and ordered the extra hot chicken. He said it filled him up, cleared his sinuses, and killed his Athlete's Foot."

It's not really a question of what you're going to order at Prince's Hot Chicken Shack (the chicken, obviously)—it's how you will order it. Mild, medium, hot, or extra hot.

"I usually go with medium," said one of the aproned guys behind the counter who's been sizzling up the tongue-scorching fried chicken for over 20 years. (He goes by "Big O.") Though he has a day job, Big O still puts in his hours here, and even after all this time, hasn't graduated beyond medium.

His coworker, also an aproned man who's going on two decades working here, freely admitted that he's still rocking the mild. "I don't mess with that other stuff."

My friend and I fancy ourselves pretty spicy-tolerant so we ordered the holy trinity: mild, medium and (ready to get punched in the mouth with flames) the hot.

We were limited to the wings because apparently Prince's was wiped out with special orders from people in town for the Stellar Awards (honoring gospel music) over the weekend.

"Sorry, just three orders of wings left," said owner André Prince Jeffries from her chair on Saturday around 1:30 a.m. (The business was first started by brothers William and Thornton Prince over 60 years ago). They're usually frying breasts, legs, and wings until the wee hours of 4 a.m. on Sunday. Running out this early on a Saturday night, their big night, wasn't normal for Prince's.

As a line started snaking behind me, I fearlessly (OK, I was a little scared) claimed all three, knowing this probably wouldn't help me make new friends with fellow Prince's patrons (er, would-be-patrons-except-I-took-their-chicken).

"No more chicken?!?!" moaned the herd behind me. I can't even tell you what they looked like because, at this point, I couldn't turn around and show my face.

Under normal circumstances, I wouldn't have been such a greedy bird eater except I came to Nashville with one request from Ed—bring back Prince's spicy chicken. And since they're closed on Sundays and Mondays, this was my only chance for take-out.

Now, would the wings still be good two-and-a-half days later when I finally returned to the office? Ed insisted yes. "If you refrigerate it right away it will be fine," he instructed in an email.*

*And sure enough, they were in fact still fiery hot and somehow still pretty crispy this morning, a whole 57 hours after purchase! Apologies to anyone on my JFK-bound flight who stored their luggage in the same overhead bin.

Each order comes covered with two slices of white bread (Wonder Bread style) and pickle coins, both of which you'll pick at between mouth-burning bites.

Can you tell the difference between the different chicken spicy levels just by looking at them? The darker red, the hotter. But to play it safe, they bagged the "Hot" order separately, clearly marking the bag.

The "Mild" had a nice bite (seriously, you shouldn't feel like a wimp ordering mild). The "Medium" started awaking the pain receptors in my mouth.

There was heavy breathing, maybe wheezing, and lots of napkins crinkled. "Now don't go rubbing your eyes." The Prince's crew paid close attention to us first-timers, especially when they saw tears rolling down my cheeks as I walked over to buy two water bottles.

"The Ranch will help too!"

They were right, and as a lifelong Ranch skeptic, it took me a lot to dip. But fuzzy vision and a numbing mouth can make you feel pretty vulnerable. As fiery as this chicken was, and as handicapped as my tongue felt, you could still tell it was fall-off-the-bone tender.

"Some guy came in here once and ordered the extra hot chicken. He said it filled him up, cleared his sinuses and killed his Athlete's Foot," Big O told us while sweeping up.

"Usually it's the ladies who order it really hot—they can handle it better for some reason," said Andre, who went on to discuss the chicken's questionable aphrodisiac potential. With the parking lot right out front, they've seen a few couples feel the heat in their cars too. "We just shut our eyes and continue to do our work," she said.

A framed New York Times piece, "Bird Song," published in 2002 sits near the register. In the kitchen there's a banner hanging, proudly declaring their recent win (August of 2009) in The Steve Harvey Hoodie Awards, which honors local businesses, community leaders, churches, and high schools for their contributions. They won the "Best Fried Chicken" category, naturally.

[via Where the Locals Eat] 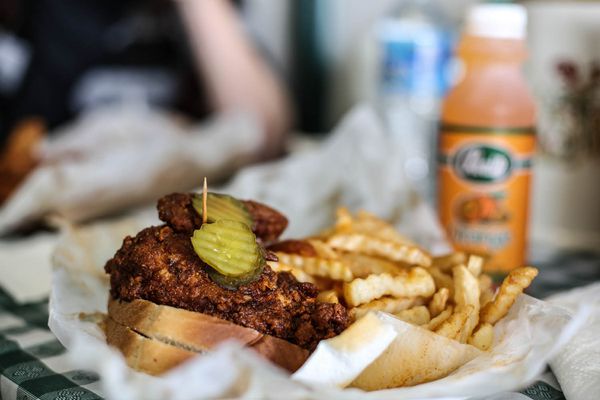 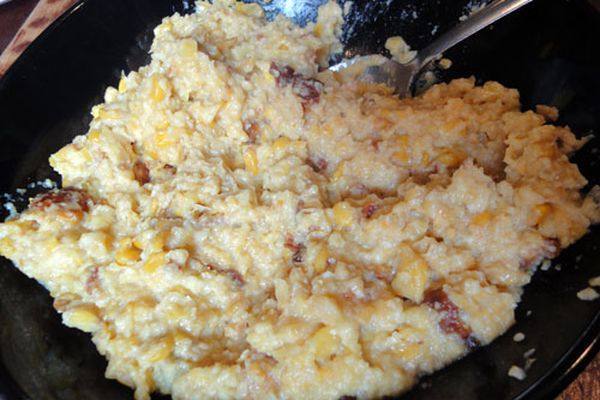 Family-Style Meals at Monell's in Nashville 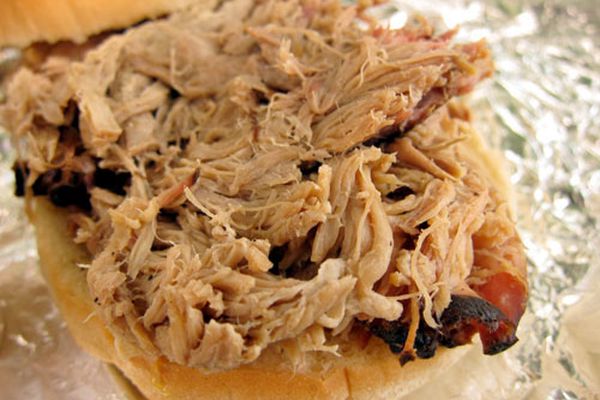 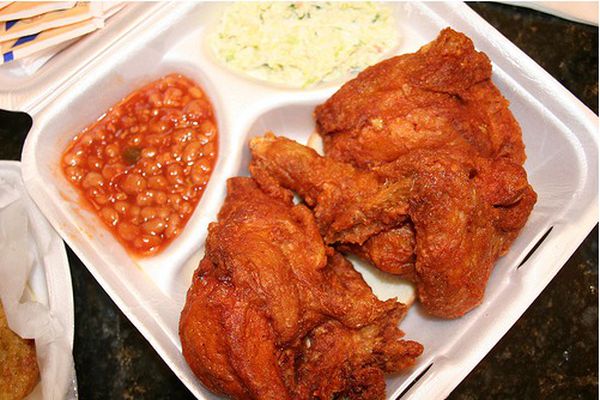 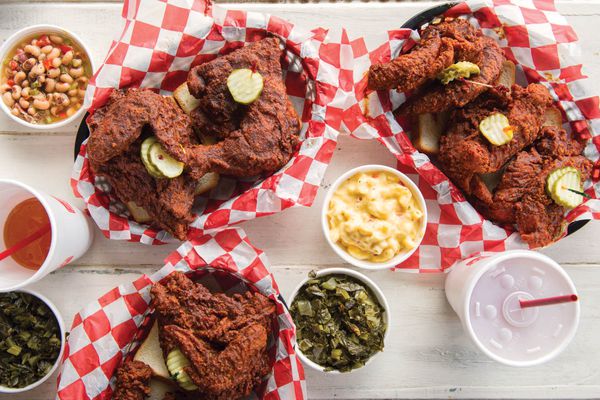