It's this latter trick that I've been trying to find new ways to employ. The idea is simple: Take raw chicken legs, a few aromatics and vegetables, throw them all into a pressure cooker, and then cook them just until the chicken is cooked through in about 15 minutes. The airtight seal of a pressure cooker prevents any liquid from escaping, which means that your ingredients end up producing their own sauce, with no added water or stock required. Pretty neat, right?

Because of that Colombian chicken stew recipe, I already knew that cooking chicken with moist vegetables—in this case tomatoes, onions, garlic, and fresh chilies—along with some aromatics—Mexican oregano, cumin, coriander, bay leaf, and dried ancho chilies—would successfully produce a tasty sauce and tender chicken. The question is, are there any other steps I could take to make it taste even better, without losing sight of the ease-of-preparation factor?

If anything, I figured that adding a few browning and sautéing steps would help things out.

I cooked one batch of the mixture by dumping all the ingredients straight into a pressure cooker and cooking it on high pressure for 15 minutes before using the quick-release method to open the pot (I ended up actually adding a bit of boxed chicken stock because I wanted the enchilada sauce to be extra-saucy at the end).

The puréed sauce was so tasty with its intense chicken and chili flavor that I was almost tempted to just thin it with some more stock, season it, and eat it as a soup (in fact, I may well do that next time), but for now I had a different goal in mind.

As soon as the chicken was cool enough to handle, I shredded it apart with my fingers, discarding the skin and bones.

Then I added some of my seasoned sauce...

...and tossed it all together along with some cilantro and lime juice. At this stage, I was almost tempted to stop again and just call it a day, using the filling and salsa to stuff tacos or burritos.

Next I dipped them into the sauce, stacking them as I worked.

I spooned the chicken filling into the center of each one in a row...

Here's a quick trick: You want to make sure that your cheese stays gooey and moist as it bakes? Drizzle on some extra sauce on top of the grated cheese. Just like it does with a Trenton-style Tomato Pie (what they call pizza over there), the cheese comes out extra gooey this way.

I covered the dish with aluminum foil (another thing that'll help melt that cheese without drying it out), then popped it in the oven for about ten minutes before removing the foil. I almost popped it straight back in to finish uncovered (just to get some bubbling and browning action going on), but who am I kidding? It needed more cheese before that happened. 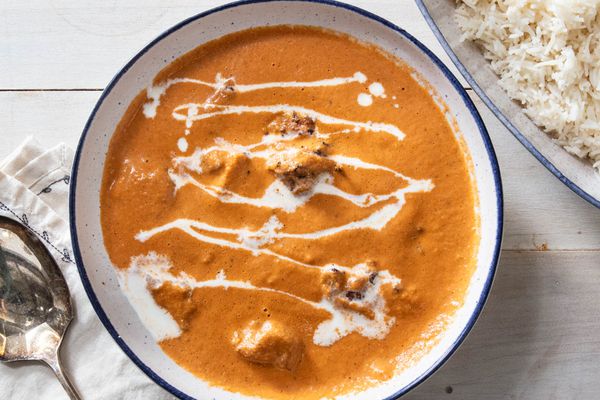 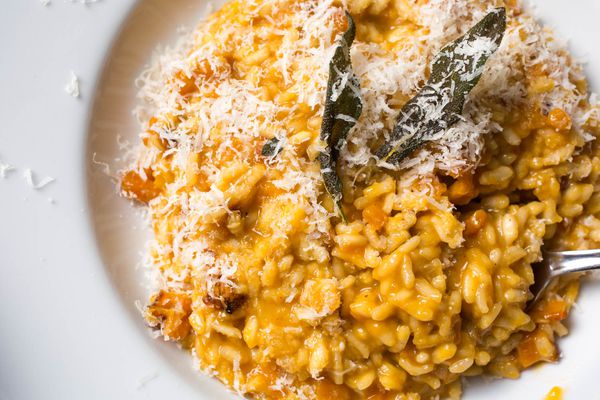