Iranian-born author Porochista Khakpour wrote bar reviews for Paper and New York magazines while working on her debut novel Sons & Other Flammable Objects (2007).  She has penned essays for The New York Times, Los Angeles Times, Elle, and SPIN, among others. Porochista wrote a personal essay for Serious Eats exploring her family’s past in Iran and their immigrant experience in America, and the importance of maintaining their cultural heritage through celebrating food traditions on Nowruz, the Persian New Year.  She is the author of a second novel The Last Illusion (2014), acclaimed memoir Sick (2018), and Brown Album: Essays on Exile and Identity (2020). 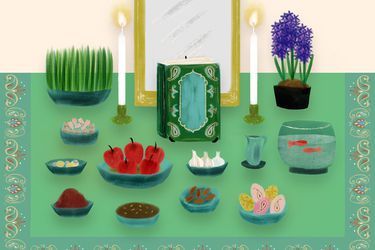