Converting Recipes to the Food Processor »
Sourdough Starter Frequently Asked Questions »
All About Salt »
Additions to Your Dough »
Is It Ready Yet? »

What if you just found a recipe for a really interesting dough, but the instructions aren't written for your beloved stand mixer? Say you don't have a food processor or you don't want to knead by hand. Don't worry—you can convert the recipe. The two things that might change are the amount of time you knead and the order you add ingredients.

When it comes to timing, it's best to judge by how the dough looks and feels, but it's useful to know when to stop and check the dough. If you're converting a hand-kneaded recipe to the stand mixer, the kneading time will be bit shorter. If you're converting from a food processor recipe, the kneading time will be considerably longer, but not much more work.

The good news is that since kneading with the stand mixer progresses at a fairly slow pace, you can see the gluten developing and monitor its progress as it changes from a shaggy mass to a smooth, silky dough. And you can stop the mixer and reach in and feel the development as well, just as you would if you were hand kneading.

A good recipe will give you visual cues to look for that will indicate whether the dough has been kneaded enough. If not, you can still use the recipe's formula, but rely on your own cues to determine whether it has been kneaded enough. A dough that is fully kneaded (for a recipe that won't have an overnight rest in the refrigerator) will be smooth and elastic. If you're not sure, you can also use the windowpane test to assess the gluten.

Converting a recipe to the stand mixer might also require changing the order in which you add ingredients. Stand mixer kneading is most similar to hand kneading. It might require a few more changes if you're starting with a food processor recipe.

Unlike food processor recipes, if the yeast needs to be proofed, it is generally done in all of the recipe's water. Any additional liquid ingredients are added at room temperature, not chilled.

If you're using instant yeast and don't want to proof it (you don't have to, but you can if you want to) the yeast can be mixed directly with the flour. You'll want to use warm water as instructed in this post.

Some recipes written for the stand mixer call for doing the initial mixing with the paddle attachment and then switching to the dough hook, but I find that unnecessary. If the dough hook isn't doing a good enough job mixing the wet and dry ingredients, it's just as easy to mix the flour and liquids with a spoon or spatula before you begin kneading. Most of the time, though, the dough hook does a fine job mixing the ingredients at low speed.

There's some debate among bread authorities over the need to add salt and oil at the end of mixing. While the stand mixer has enough power to develop the gluten whether salt and oil are added earlier or later, I almost always add them at the end of kneading unless there's a reason they need to be added sooner. Adding them at the end is one more little step compared to the food processor method, but it's not difficult.

The stand mixer is nowhere near as fast as a food processor, but the kneading is just as effortless, and it's unlikely to overheat or overknead dough even if you leave it running longer than required. It's also gentler to the developing gluten than a fast-spinning blade.

With a stand mixer, it's fairly easy to correct a dough's hydration by adding more liquid or flour. It's easier than a food processor, where you risk overheating or overkneading. While adding flour to a hand-kneaded dough is simple, adding water is trickier. With a stand mixer, the dough might slosh around a bit after you add water or slide around the bowl after you add flour, but if added in small doses flour or water will incorporate in a short time.

A stand mixer is efficient at kneading both wet and dry doughs, which is both good and bad. For a new baker, it can be difficult to tell whether the dough is wet or dry while the mixer is running, so it's important to follow a good formula rather than adding more and more flour. While it's easy to adjust the hydration, it's also easy to add too much flour and end up with a dry dough.

The stand mixer is less abusive to add-ins than a food processor, but not as gentle as hand kneading. Delicate add-ins will break up at least a little bit, but sturdier items will emerge unscathed. 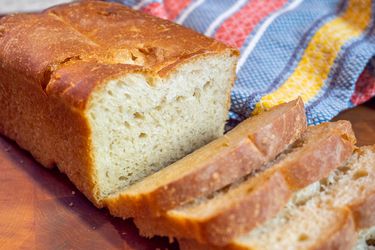 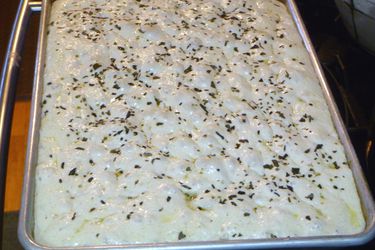 Pizza Protips: How to Work with Very Wet Dough 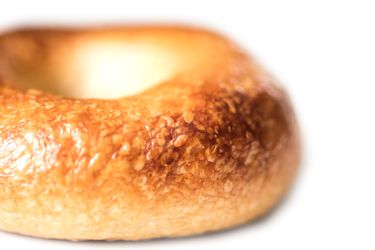 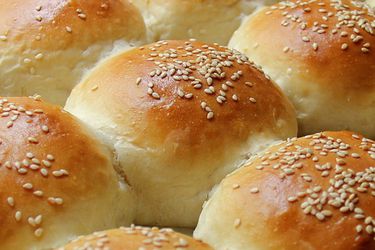 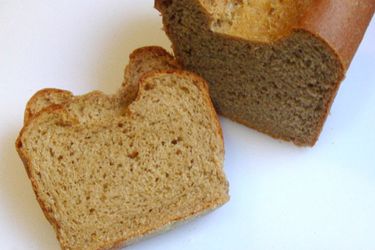