While you could certainly do plenty of baking and pizzamaking using only refined white flour, some people like to experiment with other types. Have you ever wondered what the difference is between whole wheat and white whole wheat flour? What about semolina, rye, and spelt? Here's a quick glossary of some of the more common varieties.

Often used in pastas, semolina comes from durum wheat, a hard, high-protein wheat. While it has a lot of protein, it doesn't create the type of gluten that works well in bread, so it's usually combined with regular wheat flour when making bread. There are some exceptions, of course. In the US, when a durum flour is labeled "semolina", the flour is more coarsely ground. When it's labeled "durum" it more finely ground. I like adding semolina to my dough recipes for the depth of flavor it adds.

The bran and germ of the wheat are included along with the endosperm, whereas normal white flour contains only the endosperm. Whole wheat flour tends to absorb more moisture than while flour, so you need to adjust for that if you're making a substitution in a recipe.

Stone-ground whole wheat: A coarser ground version of whole wheat. One thing to keep in mind with whole wheat flours is that the coarseness can vary from brand to brand.

White whole wheat: This flour comes from a lighter-colored wheat, not the red wheat that is more typically used for making flour. The major difference is the pigment in the outer layers of the grain. White whole wheat flour is usually ground more finely than standard whole wheat, as well, so the texture is more like refined white flour. Since the red pigment in wheat can be bitter, white whole wheat breads have less of that bitter flavor. White whole wheat needs less moisture adjustment when making substitutions than other types of whole wheat.

Whole wheat flours have a shorter shelf life than white wheat, since the oil in the whole wheat can go rancid. If you don't use it quickly, it's best to store it in the refrigerator or freezer.

An ancient species of wheat that is becoming more popular these days. When it first appeared on store shelves, it was often sold as a non-wheat alternative for people with gluten sensitivities. Spelt contains gluten, but some people with mild gluten issues can tolerate it better than regular wheat. As far as baking, the gluten in spelt develops quickly, but it's fragile, so it's possible to overknead a spelt dough. I've seen both white spelt flour and whole-grain spelt flour in stores.

While most pizzamakers aren't going to be making all-rye crusts for their pizzas, it's interesting to note that rye flour is acceptable as a bread improver for French breads up to a maximum of 2 percent of the flour. Some bakers like the way rye changes the texture and color of the finished bread, but others appreciate the fact that it can increase the shelf life of the product.

Like wheat flour, there are a number of different types of rye flours available, from white rye that is made from only the endosperm of the grain, all the way to pumpernickel flour which is the rye equivalent of stone ground whole wheat. Dark rye and pumpernickel aren't quite the same thing; or at least they aren't supposed to be. Pumpernickel is a whole grain flour, coarsely ground, whereas dark rye usually contains very little of the endosperm. Of course, depending on brand, definitions could change. Rye flour isn't particularly dark when it's dry—there's not that much difference in color between the white rye (left) and dark rye (right) in this photo:

The endosperm of the rye contains a significant amount of fiber, so white rye bread is not the nutritional equivalent of white bread made from wheat flour. Rye contains gluten, but not as much as wheat does. It also has more soluble sugars than wheat flour, so it ferments faster. Sometimes that's a good thing, and sometimes it can ferment too fast and collapse.

One problem with using whole grain and alternative flours in baking is that there's a lot less consistency from brand to brand than with white flours. One brand of whole wheat might be milled a little coarser than another, or there might be more or less bran. What that means is that volume-to-weight conversions can be difficult if a recipe doesn't specify a weight for the alternative flours in the recipe. So even if you know the correct weight, you're not home free. Whole grain flours can absorb a lot more water than white flours.

If your chosen brand of whole grain flour isn't the same one the recipe writer was using, you still might end up with a dough that is too wet or too dry, even though your weights are completely accurate. If you use a lot of whole grain and alternative flours, be ready to adjust the hydration, if needed.

Of course, this is just a sampling of the possible grains that could go into a dough, but once you've mastered the varieties of wheat and you've added rye to your arsenal, you should be ready to experiment on your own.

On Hot Chocolate And Whole Wheat | Ask The Food Lab 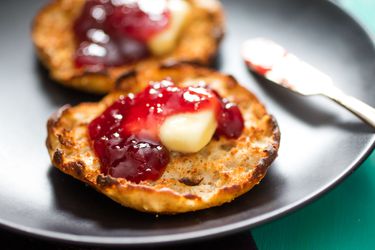 9 Recipes That Make the Most of Nutty, Hearty Whole Wheat Flour 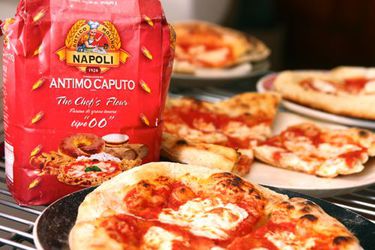